The China-based hackers who stole the information of 4.5 million patients of Community Health Systems used the Heartbleed exploit for access, the first major cyberattack to do so since Heartbleed received major world attention in April 2014.  Community Health Systems provides employee VPN access using networking equipment from Juniper Networks, which along with other networking vendors was slow to update its products in response to Heartbleed. The hackers were able to log in as employees in the weeks after Heartbleed was announced and before vendors updated their software. There’s a lesson to be learned: watch for unusual behavior from user accounts and certainly for huge data files being sent outbound. Meanwhile, the FBI issues a flash alert to healthcare firms, warning that that they’re being targeted by hackers.

From Former SMSer: “Re: former Shared Medical Systems employees. A members-only Facebook group was started on August 15 and has 1,200 members. It is special to have so many warm personal connections 14 years after the Siemens acquisition.”

From Eek How? “Re: Ekahau. Let its president go and the VP of marketing walked out. The company has gone from 119 employees to fewer than 45 in the past year. WiFi-based RTLS still disappoints hospitals.” Unverified, but former CEO Mark Norris has updated his LinkedIn profile to indicate his immediate availability.

This week on HIStalk Practice: Micky Tripathi digs deep into data on the EHR replacement market. Industry representatives weigh in on Walmart’s foray into primary care. Newt Gingrich makes the case for integrating mobile health tools into care for veterans. Greenway Health and Apple are granted patents, though for decidedly different innovations. A physician in Alaska gets creative when attempting to opt out of Meaningful Use. Azalea Health CEO Baha Zeiden dishes on the simplifyMD acquisition and the role of telemedicine in rural communities like his. Thanks for reading.

I talked today with the brilliant and articulate Dim-Sum,  who knows everything about the Department of Defense and its impending choice of EHR vendors for its $11 billion EHR project. He graciously agreed (probably while grimacing at the arm-twisting Lorre and I were applying) to host one or more webinars on the topic. Mark your calendar for September 18 at mid-day for the first one, in which Dim-Sum will describe the DoD’s healthcare reach, current systems, relationships with contractors and other government agencies, and selection process. The webinars will be fun, slightly cynical, and highly educational to those of us who don’t really understand military health, as well as crucial to those with a vested interest in what will be one of the largest and most expensive government IT projects in the world.

Also in September: the virtual launch of Ed Marx’s upcoming book, “Extraordinary Tales of a Rather Ordinary Life.”

I’m always interested in hearing from providers who would like to be interviewed, write guest articles, or otherwise participate in HIStalk. Let me know if you are willing. I get plenty of volunteerism from vendor people, but not much from those working on the provider side.

August 27 (Wednesday) 1:00 p.m. ET. Enterprise Data – Tapping Your Most Critical Asset for Survival. Presented by Encore, A Quintiles Company. Presenters: Jonathan Velez, MD, FACEP, CMIO, Hartford Healthcare; Randy Thomas, Associate Partner, Encore, A Quintiles Company. This first of a webinar series called “It’s All About the Data” will describe the capabilities provider organizations need to become data driven. The presenters will provide an overview of the critical role of an enterprise data strategy, creating the right data from source systems beginning with implementation, real-world data governance, how to avoid “boiling the ocean” with an enterprise data warehouse, and the role of performance feedback to transform analytics insights into improved outcomes and efficiencies. 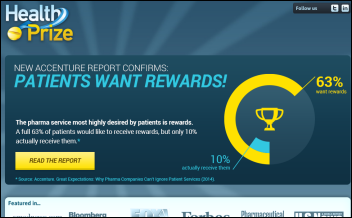 HealthQuest Capital raises a $110 million fund to invest in medical devices, diagnostics, and healthcare IT. 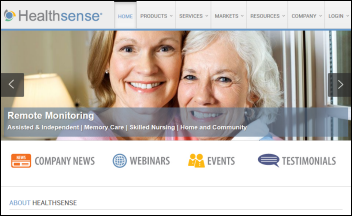 Vocera shares touched a 52-week low this week, closing Thursday at $8.48 and valuing the company at $216 million. Above is the one-year price of VCRA shares (blue) and the Dow (blue). 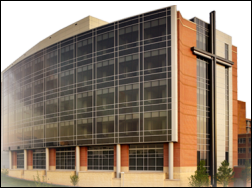 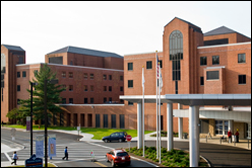 The Froedtert & Medical College of Wisconsin network chooses the analytics platform of Explorys.

Forbes names Cerner to its list of the world’s most innovative large, publicly traded companies. Salesforce.com came in #1, and other familiar companies joining Cerner in the top 30 are Amazon, VMware, Red Hat, Stericycle, and Express Scripts. The ranking is derived from the somewhat questionable metric “Innovation Premium,” representing the degree that share price exceeds current business value.

Greenway Health receives a patent for the function of automatically aligning billing codes with payer- and location-specific fee schedules. 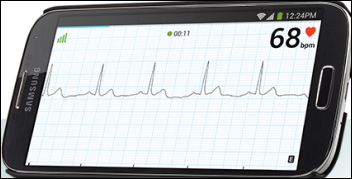 AliveCor receives FDA clearance for its atrial fibrillation detection app that monitors ECG in real time and allows the user to email, print, and analyze their single-channel ECG records. The app is free, but the monitoring hardware costs $199. 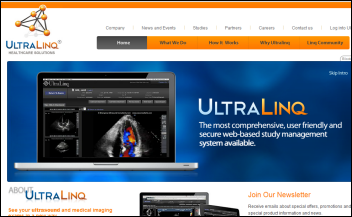 Oracle, in its lawsuit against the state of Oregon for not paying the company for its work on the state’s failed healthcare insurance exchange, says the state should have hired a systems integrator instead of trying to run the project itself. CMS made the mistake in trying to run the Healthcare.gov project without outside help.

The FDA releases an API to allow programmers to access its MAUDE medical device problem database.


Cerner CEO Neal Patterson not only dumps ice water over his head, he issues an Ice Bucket Challenge of his own to John Glaser, CEO of the Siemens health IT business that Cerner is acquiring. Glaser accepted the challenge.

As simultaneously cute and annoying as the virally spread ice bucket challenge videos are, this one is worth watching if you really want to understand the non-entertaining aspects of the disease as one of its sufferers takes the challenge and then explains how ALS affects him.

Jamie Stockton of Wells Fargo Securities provides updated slicing and dicing of CMS hospital attestation data through June 30. The significant Stage 1 vendors are (in order) Meditech, Epic, Cerner, CPSI, McKesson, and Medhost. Of the 10 hospitals that have attested for Stage 2, Cerner has four, Meditech and CPSI have two each, and Medhost and Allscripts have one each. Top vendors of the EHRs used by the 977 physicians who have attested for Stage 2 are, in order, athenahealth, Epic, and Practice Fusion, who have 97 percent of the Stage 2 attestations among them.

Economist Uwe Reinhardt writes a brilliant and remarkably compact criticism of the bizarre payment system of US healthcare. A tiny sample:

For starters, we allow our providers of health care – doctors, hospitals, pharmaceutical companies and other providers—to use classic price discrimination in the markets for their products and services. That tactic helps sellers to extract from buyers with different abilities or willingness to pay as much total revenue as can possibly be extracted from the buyers collectively … Altogether, the highly complicated cash flow resulting from this strange system of financing, flowing through so a myriad of capillaries, makes it almost impossible to hold any providers formally accountable for all of the moneys they receive. Somehow this rickety Rube Goldberg contraption of financing health care has worked in some fashion in this country, for over half a century. Many hospitals have thrived financially under it, while hospitals located in mainly low-income areas have struggled or gone under. And as a series of journalists—most recently Steve Brill in “The Bitter Pill”—have reported, this system also has put brutal financial stress on the budgets of many American households.

Aaron Carroll, MD, MS, a medical school professor and contributor to “The Incidental Economist,” explains why doctors have plenty of data problems without having to deal with patients sending them their fitness tracker information.

The Columbus business paper profiles CoverMyMeds, which is doubling in size every year while remaining profitable as a bootstrapped company.


Apple CEO Tim Cook visited the VA hospital in Palo Alto, CA, tweeting a photo from the facility that is using iPads.

Burke Mamlin, MD of Regenstrief Institute pens a letter in response to the Indianapolis newspaper’s article on medical scribes, recommending caution since physicians don’t always review scribe EHR entries until after the fact, they don’t see clinical decision support recommendations, and they become dependent on the scribe. The letter describes Regenstrief’s vision:

Rather than using a scribe to reduce the computer’s role in the exam room, we envision the medical scribe’s role to increase the computer’s role. By using the scribe as a “Wizard of Oz” replacement for the keyboard and mouse, the computer can become an intelligent, anticipatory and active participant in the conversation between patient and physician. Physicians can become super-users as they learn from watching the scribe, there is less chance for errors when the physician is actively monitoring input, and benefits of real-time decision support will not be lost.

Weird News Andy finds this article interesting in that not only have an estimated 90 percent of hospitals and clinics lost patient data, the black market pays $50 per stolen medical record vs. just $1 for credit card information. 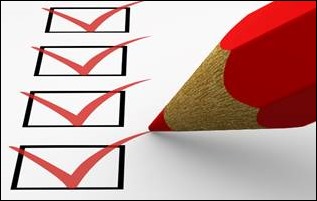 One of my CMIO duties is to periodically review the patient care protocols in our EHR and recommend updates and additions. Evidence-based guidelines have been a part of our organization for almost two decades, but they’re constantly evolving. I like to do a comprehensive review every year, but there are always guidelines that change on the fly.

Occasionally, it seems like every day brings a new recommendation for screening or treatment. Some of the updates are relatively straightforward, but others can be quite controversial.

This year my review process took a twist. Our organization wants to start building financial information into our care protocols, including the cost and accessibility of various services according to the patient’s insurance coverage. Most payers are fairly transparent about what they do or don’t cover. Sometimes, however, the nuances between different plans offered by a given payer tends to make me a little crazy.

In addition, our state legislature has mandated coverage for certain services, but most of the laws were written to apply when patients enroll in a plan after the law goes into effect. For patients who are on older or existing plans, they may not be covered for the services until they change jobs or their employer changes plans or payers. We have some large regional employers who self-insure and somehow they seem to skirt some of the payment requirements as well.

Medicare has always been the steady player as far as knowing what will be covered and how. The payment guidelines are transparent and usually follow along with other federal guidelines. This year we have a bit of a wrinkle since the Medicare Evidence Development and Coverage Advisory Committee has decided not to cover CT screening for lung cancer, which is a “B” grade recommendation by the US Preventive Services Task Force. I read the commentary from their meeting and they cite the American Academy of Family Physicians, which feels the evidence is insufficient to recommend for or against the test.

This is where it gets really fun. In accordance with the Patient Protection and Affordable Care Act, marketplace insurance plans and many private plans are required to cover the screening with no out-of-pocket costs to the member. However, the law does not specifically state that Medicare is required to pay the full cost to Medicare beneficiaries. Instead of being able to do some relatively clean development around the USTSPF “A and B Recommendations” list,  we have to continue with the patchwork approach.

Quite a few guidelines have been revised for 2014 and more are under revision, so this project is definitely the gift that keeps on giving. I’ll be taking my recommendations to our clinical quality committee in the next week or so and then the development team can get to work. I’ll also be giving a report of my findings to our managed care negotiation team so we can try to leverage better coverage for the services we find most clinically appropriate.

Got guidelines? Email me.