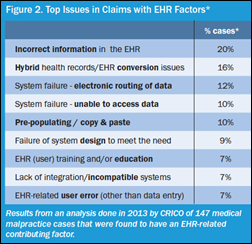 A Boston Globe article says that HITECH has pushed EHRs into clinical settings, but “staunch resistance to any regulation by the politically influential health records industry” has sidestepped the reporting and tracking of medical errors they cause. It cites a malpractice study that found that the most common adverse event to which EHRs contributed – of which 46 caused patient death – was often due to providers that straddle both paper and electronic records. The study also cited problems of incorrect data entry, inappropriate use of EHR copy and paste instead of entering fresh daily notes, and computer downtime.

From Anonymous Tipster: “Re: Siemens acquisition. I heard from a highly placed Cerner executive that the deal will be done for $1.2 billion. It will probably shake up Cerner’s stock price, but leave it with better financial capabilities and a bigger customer base.” Unverified, but the rumor that Cerner will acquire the Siemens healthcare IT business seems to have legs and the non-anonymous folks who are telling me have well-placed sources.

From Recognize This: “Re: Nuance. I heard a rumor about major layoffs and closed job requisitions.” Unverified.

From Desai Arnaz: “Re: HITPC. I looked at the HITPC schedule and every MU Committee meeting is cancelled the rest of the year. They have met faithfully every two weeks for the past several years. What is going on?” I think the old Meaningful Use Workgroup has been replaced by Advanced Health Models and Meaningful Use under Paul Tang, and since that group was just formed, they probably haven’t put their meetings on the calendar yet. But my already-slim interest in ONC’s doings is lessening by the day, so maybe someone more attuned to HITPC’s workings can jump in with an explanation.

The LinkedIn Police Department has decided that my Carl Spackler photo and my use of “Mr.” as a first name makes them unhappy, so I need suggestions for alternatives. I’m at least impressed that someone at LinkedIn recognized the Cinderella boy’s photo on my profile even though it means I have to replace it. 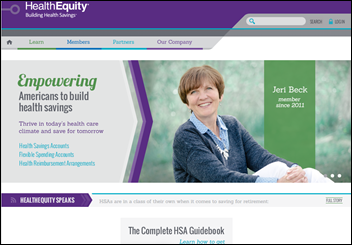 HealthEquity, which offers an online health savings account management system, announces plans for a $100 million IPO. I’m intrigued by co-founder Steve Neeleman, MD, who played Division 1 college football, ran the airport services division of an airline, wrote a book on HSAs, and still practices as a surgeon. I’m not impressed by wealth or self-importance, but I like people who are interesting in multiple ways. 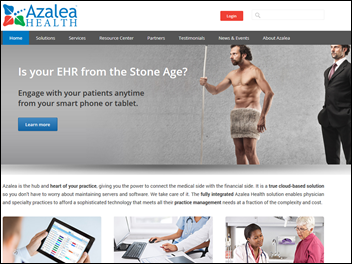 PM/EHR vendor Azalea Health will merge with competitor simplifyMD, although “merge” sounds like an acquisition by Azalea Health given that the new entity keeps its name and executive team. Azalea Health got its start with a $1,000 business plan prize from the local chamber of commerce. Its founders all graduated from Valdosta State University (GA). The company will now have 70 employees with main offices in Alpharetta and Valdosta, GA. 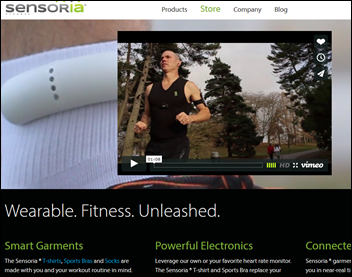 “Smart clothing” vendor Sensoria (formerly Heapsylon), whose tagline is “The Garment is the Computer, gets a $5 million first-round investment. The Redmond, WA company was founded by former Microsoft executives, as you might suspect given its location. 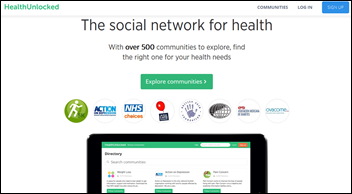 England-based HealthUnlocked, which calls itself “LinkedIn for Health” in connecting people with a given condition to each other and to providers, announces plans to expand globally and its release of a new mobile app. 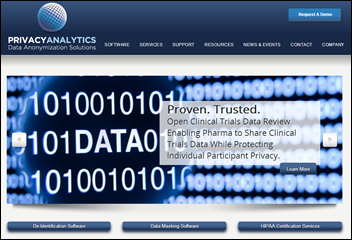 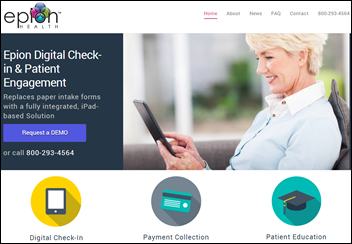 Forty big US companies, some of them drug manufacturers, have recently bought small foreign firms and declare their new headquarters to be at that company’s overseas location, a loophole (“tax inversion”) that allows companies to avoid paying US taxes on their foreign profits. The latest rumored possibility: Walgreens, which has an option to buy the remaining 55 percent part of a European drug wholesaler that it doesn’t already own. 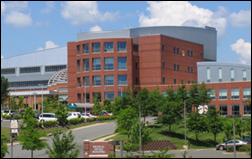 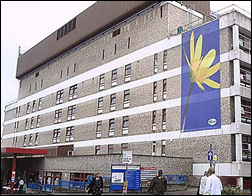 In England, the trust running Watford General Hospital signs a $44 million contract with CGI to update its IT infrastructure and services. The hospital blamed its outdated IT system earlier this year after an internal review found that at least two cancer patients died when the hospital failed to send them appointment letters. CGI had a software-related problem of its own – Healthcare.gov.

Systems Made Simple elects its CMIO, Viet Nguyen, MD, to its board. 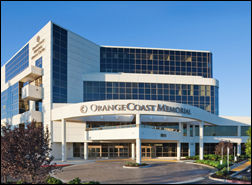 Ping Identity announces PingID, a smartphone-based user authentication system for what it calls the “post-password era.” Any application or person requesting authentication sends a push message to the phone of the user, who then simply swipes the message to verify their identity. 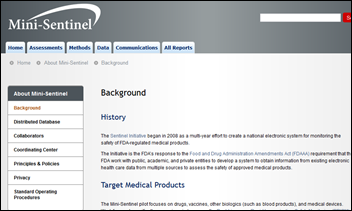 NPR covers Mini-Sentinel, a $116 million FDA project that will churn through medical claims data provided by 18 insurers and health plans to look for adverse drug events.

Mary R. Grealy, president of the Healthcare Leadership Council, tells a House subcommittee that for-profit companies should be given access to federal health databases to help work on disease and population health problems.

A small study finds that half of post-discharge hospital cardiac patients were taking at least one medication not listed on the discharge medication list or vice versa, a problem more commonly found with patients with low health literacy.

An Illinois-based ambulance company is testing Google Glass units from Pristine, Inc. to allow paramedics to transmit live video to the ED for real-time consultation, saying the $1,500 units are a low-cost entry to telemedicine. The test will determine whether the consumer-grade technology and available bandwidth are reliable enough for treating critical patients.

Amazon announces a limited preview of Zocalo, a fully managed cloud-based storage and synchronization service for enterprises that will compete with Dropbox, Box, Microsoft OneDrive, and many others. Zocalo costs $5 per user per month for 200GB, offers administrative and signup tools, and integrates with Active Directory. It runs on and is managed from Amazon Web Services. That’s bad news for the hugely money-losing Box, which focuses on the non-consumer market and has targeted healthcare as a key vertical. 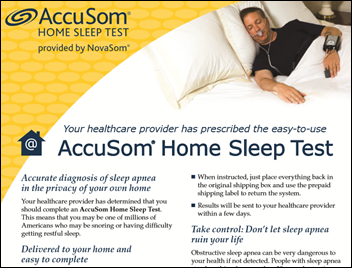 The New York Times profiles NovaSom, which just released a wireless, at-home sleep apnea test that costs $300 (a tenth of what hospitals charge) and eliminates the patient inconvenience of being wired up and put to bed under the watchful eyes of camera-monitoring sleep technicians. 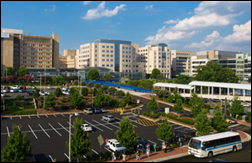 Eight-hospital UNC Health Care (NC) says it expects to bounce back this year after financial losses it attributes largely to the cost of its Epic implementation. The system delayed its approval of its new budget until the Epic rollout was further along.

The Johns Hopkins Hospital (MD) will pay $190 million to settle a class action lawsuit brought by 8,000 patients stemming from the actions of a former employed gynecologist who used a secret camera worn around his neck to record his examinations. The doctor committed suicide in early 2013 days after he was fired.

A Texas doctor says her EHR is “only a little better than a fax machine” because nobody requires that EHRs communicate with each other even though the government rewards their use. The chair of the Texas Medical Association Practice Management Council says the government has failed to set standards and wants medical societies to get involved. “Had we when this all started said we need open databases … that any EMR can understand, then the EMR vendors would have to compete on workflow and features. If we could somehow organize to say this is the way databases need to work, so that we can have this data exchangeability, then we’ll have competition on the presentation layer and the workflow.” 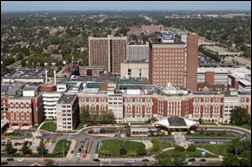 The CEO of Henry Ford Health System (MI) says she’s disappointed that Moody’s downgraded the health system’s bonds because of poor operating results and its $356 million Epic system, admitting that it had “two or three tough years for us with increasing uncompensated care, Medicare cuts, and the Epic impact to us that caused productivity issues.” However, she adds that the use of Epic is producing $50 million per year in savings.

Patent troll Uniloc USA files lawsuits against Cerner, CPSI, e-MDs, Epic, GE Healthcare, Greenway, Medhost, and other vendors for violating its patent, which involves displaying clinical data in a spreadsheet-type format. One of the company’s idiotic lawsuits was against Rackspace, which it said violated its patent because Linux rounds a number before performing a calculation. The judge told Uniloc to hit the road before its case even came to trial. 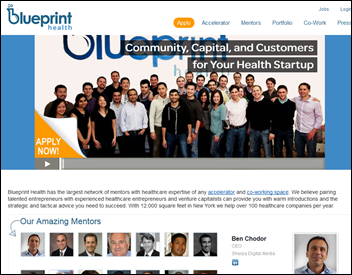 New York-Presbyterian Hospital (NY) is renting space at the Blueprint Health accelerator, installing its own computers and servers at the accelerator’s SoHo offices to create an “innovation space.” It will work on projects that include a system that allows inpatients (presumably pediatric ones) to play games and message each other and another involving tablet-based bedside communications. The hospital says it is also open to commercializing technologies developed by Blueprint’s startups.

The American Osteopathic Association passes a resolution urging patients not to use symptom-checker apps and websites as an alternative to an office visit, saying that such self-diagnosis tools don’t take their medical history into account and often miss drug interactions. 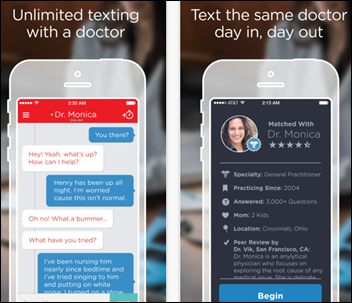 The husband of a pregnant woman who started early contractions three hours from the nearest hospitals uses the First Opinion app to text a doctor, who walked the couple through delivering their healthy baby. The 24-hour-per-day service offers one free consultation each month or $12 for additional ones and guarantees a doctor’s response within nine minutes. The company announced $1.4 million in new funding in May 2014, raising its total to $2.6 million. The founder and CEO intended developed the app for pregnant women, but saw an opportunity in the 85 percent of family doctor visits that he says involve five-minute conversations that end with the doctor saying, “Come back if it gets worse.”

Weird News Andy titles this story as “Getting Screwed.” A former California hospital owner admits to bribing surgeons to implant counterfeit spinal surgery hardware, some of it made by local machine shops, into patients. The bribes included cash and flights staffed by accommodating prostitutes.