Siemens AG is reportedly considering the sale of its healthcare IT unit (potentially worth over $1.4 billion) to focus on its industrial and energy businesses. The company considered selling its microbiology unit earlier this year, and is already spinning off its hearing-aids unit in an effort to give its healthcare businesses “operational independence.” A HIStalk reader familiar with these types of M&A scenarios notes that this rumbling is “sort of like rumors of McKesson selling off its IT division. They both keep losing customers, so who would want to jump on that mess? But, Siemens probably feels it’s best to sell now before it is worth less.”

CliniWorks announces a strategic alliance with Pfizer in which the companies will work to develop a population health management platform that will enable large medical groups and IDNs to improve patient engagement, and deliver more efficient and effective quality healthcare in nearly real time.

Blackberry announces plans to open a healthcare services platform in India that will enable the integration of medical devices to aid in the early detection of illness. Blackberry India has several trial projects underway at local hospitals, all of which include integration with health information systems and medical equipment. A presence in India will likely serve Blackberry well, as providers there are expected to spend $1.08 billion on IT products and services in 2014. It seems likely the company will introduce those providers to the clinical operating platform from NantHealth, which it acquired a minority stake in earlier this year.

Blackberry’s interest in niche markets may just help it stand out from larger players like Samsung, which expects to post second-quarter earnings that fall $1.4 billion short of analyst expectations. The company attributes its loss to low demand in a saturated global market, and cannibalization of tablet sales by “phablet” phones. No word yet on whether a heist in Brazil affected Samsung’s earning predictions. Thieves held hundreds of factory employees hostage while they stole $36 million worth of Samsung tablets, mobile phones, and laptops.

N.C.-based Validic acquires Infometers Inc., a California-based technology company that connects remote healthcare monitoring devices to healthcare organizations. As a result, Validic has opened a Silicon Valley office and seems well on its way to achieving its goal of 300 clinical and wellness device and application integrations this year.

Holy Name Medical Center (NJ) selects Wolters Kluwer Health Language Workflow-Enhancing Search solutions. HNMC will use the solution to support encoding its problem lists in SNOMED-CT for Stage 2 Meaningful Use and the transition to ICD-10.

Cumberland Medical Center (TN) implements DataMotion’s Direct Secure Messaging with its Meditech EHR, resulting in successful attestation for Stage 2 Meaningful Use. The 189-bed hospital is a member of the East Tennessee Health Information Network, for which DataMotion provides Direct addresses.

FDA officials are likely starting to sift through the 158 submitted comments addressing the FDA Safety and Innovation Act draft report. Several health IT industry groups seem to have reached a consensus, citing the need for limited regulation of clinical decision support software, and a desire for the FDA to dig deeper when it comes to specifics. The EHR Association noted in its comments that “the limited number of examples of applications in each category provided in the report is not sufficient to determine the risk categories for the many existing and new applications being developed, and we urge their expansion as this proposal is finalized.” Concerns around the proposed Health IT Safety Center were also raised, though recent media coverage suggests that the ONC’s policy advisory committee has endorsed workgroup recommendations for the center.

The Health Care Cost Institute announces that CMS has certified it as a “Qualified Entity,” making it the first organization to have full access to national Medicare claims data for reporting on the costs and quality of healthcare services. The Qualified Entity program, created as part of the ACA, permits certain organizations to combine Medicare Parts A, B, and D claims data with other payer data to evaluate the performance of healthcare providers, services, and suppliers. HCCI plans to pursue a research agenda using the combined dataset containing information on over 100 million individuals. 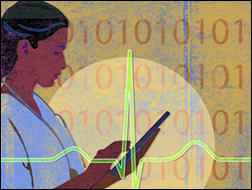 A study finds no evidence to suggest that hospitals are systematically using EHRs to increase reimbursement. Hospitals that adopted EHRs increased billing to Medicare at a rate comparable to that of non-EHR adopters. Detractors of the study, which only looked at inpatient records, think the real billing problem is more likely to be found in EDs and outpatient clinics, which are increasingly run by hospitals. 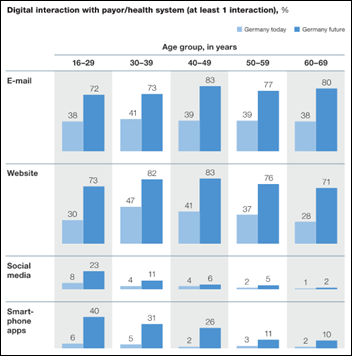 Results from a new international study highlight four myths about the future of healthcare IT, particularly as it pertains to helping global healthcare organizations transition to all-digital environments: 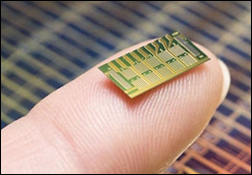 Sensationalist headlines aside, The Bill & Melinda Gates Foundation is in fact backing development of wireless, implantable birth control that could be effective for up to 16 years. Massachussetts-based MicroCHIPS is working on the implant, which can be turned on and off via remote control. The device will begin pre-clinical testing in the U.S. next year, during which the company will no doubt work with the FDA to overcome hacking concerns.

The New York Times profiles Kevin Tracey, MD president and CEO of the Feinstein Institute for Medical Research for the North Shore-LIJ Health System (NY). Tracey shares his view on great leadership in the operating room: “It’s about clearly stating the purpose and asking people how they’re doing and really listening if someone needs something different that day. If the operating team can accommodate the needs of that person without deviating from the plan, that person will be a better member of the team.” 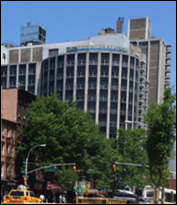 The New York Attorney General files suit against Beth Israel and St. Luke’s-Roosevelt hospitals, and Continuum Health Partners, accusing them of accepting over $1 million in Medicaid payments they were not entitled to, and had in fact received as a result of a known computer error in 2009 and 2010. (Continuum owned both hospitals prior to a recent merger with Mt. Sinai.) A Mt. Sinai representative has firmly stated it intends to argue the case “vigorously” in court.