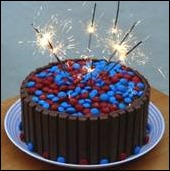 I enjoyed some R&R over the holiday weekend. It was good to have a break from the normal routine. As an added bonus, most of our IT staff disappeared the day before the holiday, whether sanctioned or not. I had a grand total of one email after noon on Thursday and it had to do with something administrative.

I know this reprieve will be short-lived since we start implementing practices again tomorrow. At least we’ll be heading into the fray well rested.

Quite a few readers chimed in on last week’s Curbside Consult discussion of poor-quality EHR documentation. Several readers mentioned the purpose of the note as a key concept. While visit notes were traditionally for the benefit of the provider in documenting the patient’s condition, exam, and what was done, they have been co-opted by payers and regulators who equate documentation volume with value.

Notes are increasingly the purview of patients. Our health system does release visit notes directly to the patient through our patient portal. Most of our primary care physicians do a great job with patient documentation because they know the patients might actually be reading it. Our subspecialists who have been on EHR a long time also do fairly well.

The new practices are struggling more than those groups. It’s hard to tell how much they’re struggling with the actual documentation process vs. the concept of being part of an employed medical group and being told what to do.

As to who has the authority to take corrective action against “bad actors,” in our organization, it isn’t the CMIO, but rather the CMO and the president of the physician group. Both of them received formal notification of the specific concerns I found during the special project. I also included a request to authorize a more thorough and comprehensive audit by our internal Compliance department. If some of the documentation is as bad (and potentially fraudulent) as it seems, we’re going to need a better sample size and multiple independent auditors to prepare the documentation ahead of disciplinary maneuvers.

When I created my CMIO role here, I intentionally excluded physician discipline from my purview. To be successful within our culture, I needed to be seen as an advocate rather than someone who could get them in trouble. Additionally, I felt that in the case of EHR misuse, I would be seen as inherently biased towards defending the EHR and the IT group whether or not it was true.

Our leadership agreed. So far, the splitting of authority has worked. I think it will work well in this case also once we have evidence of documentation patterns across the group.

I laughed at SpoonEHR’s suggestion to create a macro “Signed but not read.” It’s unfortunately all too true. Back in the days of in-house transcription, I quit using a consultant whose letters came back “Dictated but not read, signed by transcriptionist to expedite” or some similar nonsense. If I can’t trust someone to read, edit, and sign their notes, I certainly don’t trust them to care for patients.

Reader Zafirex receives similarly ridiculous notes addressed to “Dear Dr: No Referring Doctor.” The paradox here is that the referring physician receives the referral note. Therefore, the practice at least knows how to address the envelope correctly.

I also loved Jedi Knight’s comment that, “We’ve sped up the process of sharing data without considering that the data is no longer worth sharing.” I do hope that the OpenNotes movement and the resulting opportunities for patients to read their notes will spur some providers to clean up their acts. Over the weekend, my dad asked about some information that was in his recent encounter note that didn’t make sense. I hope he calls his doctor on the carpet about it.

The idea that gives me the most hope, though, is Richie’s mention of a “Data Kidney” that can review text for “cleanliness.” In the newspaper world, that would have been the editors and proofreaders. All kinds of imagery comes to mind, including the proverbial red pencil. We’ve got grammar check in our word processing software, so why not for EHR output text?

What gives you hope that documentation will get better? Email me.