Comments from hedge fund manager David Einhorn send shares of athenahealth down nearly 14 percent Tuesday after he tells investment conference attendees that ATHN is one of a few “bubble stocks” trading at high valuations for no good reason. He added that athenahealth really isn’t a cloud vendor deserving of high share price multiples since its main role is as a business process outsourcer of mundane back-office physician practice tasks. He also said that athenahealth’s promotional videos are full of buzz words and that “Epic’s dominance will only grow” as “the undisputed winner from the fragmented IT market.” He predicted the company’s shares will drop 80 percent. Above is the one-year chart of ATHN (blue) vs. the Nasdaq (red), with shares closing Tuesday as Nasdaq’s fifth-largest percentage decliner.

From Bratman: “Re: Vonlay acquisition by Huron Consulting. The acquisition price was $35 million, all cash, and was a 1.2 times multiplier on revenue. There were several interested acquirers. The price may have ended up lower since Epic forced the Vonlay owners to modify the terms of the Vonlay-Epic agreement to extend the non-compete for former Epic employees from one year to two years. Epic required this change before it would agree to transfer the Vonlay agreement to Huron. The legality of forcing Epic employees into non-compete agreements they never knew about or agreed to is definitely up for debate and the length of the new non-competes likely makes them unenforceable. Epic seems to be using its power to try to minimize employee attrition and limit the supply of certified third-party consultants.” Unverified. 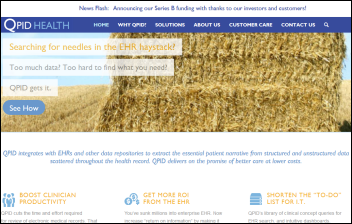 QPID Health raises $12.3 million in a Series B funding round and adds a board member from New Leaf Venture Partners. 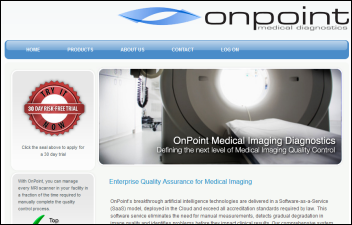 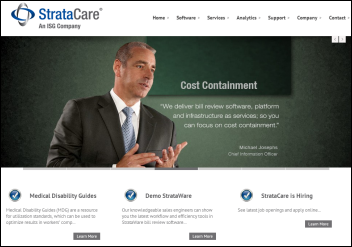 Xerox will acquire ISG Holdings, which offers workers’ compensation software systems under the StrataCare and Bunch CareSolutions brands, for $225 million. 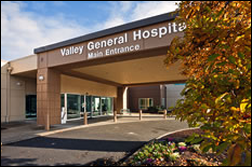 Accenture CEO Jorge Benitez will retire from the company at the end of August. 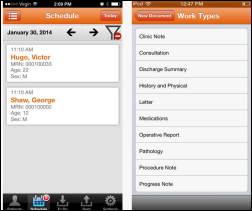 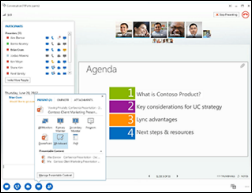 In Australia, Sydney Children’s Hospital Network announces plans to use commodity software for its telemedicine program, including Lync videoconferencing and Skype video calling, both from Microsoft.

RadNet goes live on Nuance PowerScribe 360 at the first of its 250 imaging centers and 27 practices. 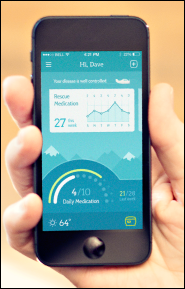 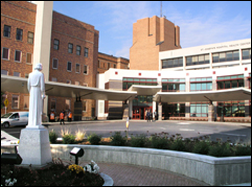 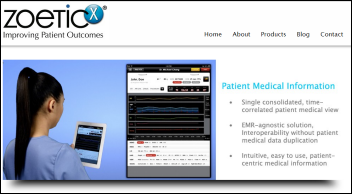 Zoeticx makes available an API that it says will allow developers access to “any EMR system.” 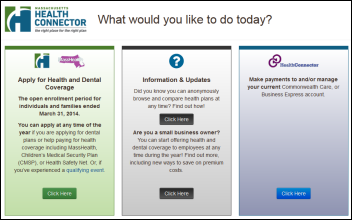 Massachusetts announces that it will abandon its $57 million CGI-built health insurance exchange website and hire hCentive, which developed three other state marketplaces, to build a new one. The state also says that just in case that doesn’t work, it will just join the federal exchange in November. Massachusetts isn’t sure if it will need to ask the federal government for more money than the $174 million it already received since it is disputing its CGI contract, but the “dual track” option it chose (the sequel to its disaster movie) will cost another $100 million. 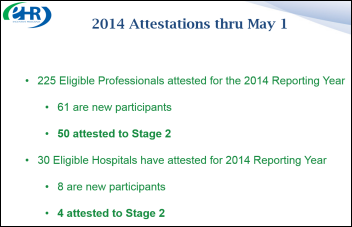 CMS reports that only 50 doctors and four hospitals have successfully attested for Meaningful Use Stage 2 through (or “thru,” as the slide says) May 1. CMS also reports that it has approved 66 of 72 applications for hardship exceptions. 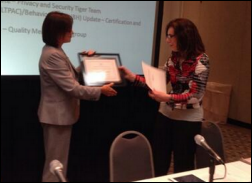 Michelle Consolazio of HHS tweeted this photo of the HIT Policy Committee thanking outgoing member and Epic CEO Judy Faulkner, who has been replaced as its vendor representative after four years by Cerner CEO Neal Patterson.

The talking heads in this hysterically partisan and sensationalist Fox News program seem exceptionally clueless yet smugly superior about nearly everything, but Jesse Watters (I don’t watch TV, so I don’t know who he is) outdoes himself at the 12:40 mark when talking about the VA wait list controversy by declaring, “They’re still using paper records at the VA. They’re not even computerized yet.” That’s embarrassing no matter what your political persuasion, but of course he only plays a journalist on TV and can’t be expected to differentiate between disability claims forms and medical records.

National Coordinator Karen DeSalvo, MD says her husband, also a doctor, uses a “clunky” EHR. A bit of Googling suggests that her husband is (or at least was) an ED doc at Lakeview Regional Medical Center in Covington, LA, so perhaps his clunky EHR could be identified. I assume it’s Meditech since it’s an HCA hospital. 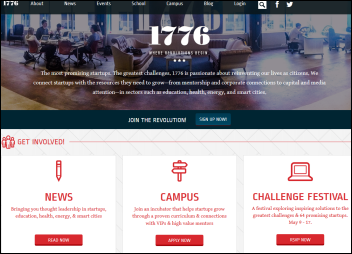 MedStar Health (DC) will co-locate some of its employees in the offices of DC-based incubator 1776, connecting the health system with technology startups to arrange pilot projects. MedStar will also provide education for the 20 percent of 1776’s companies that deal with healthcare. 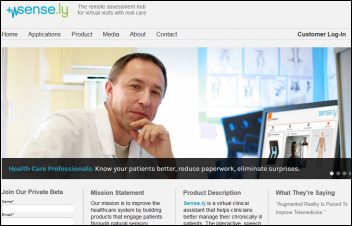 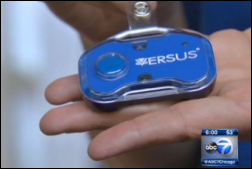 Community Hospital (IN), which is treating the first US patient to be infected with Middle East Respiratory Syndrome (MERS), used its Versus RTLS system (along with video surveillance recordings) to identify employees that had come in contact with the patient, earning a mention on the local TV news report. Hospital CMIO Alan Kumar, MD says, “We can tell down to the second how long they were in contact with the patient, and how long they were in the room, and provide data to CDC.” According to the state’s health commissioner, “MERS picked the wrong hospital, the wrong state, and the wrong country to try to get a foothold.”

Durham County, NC commissioners vote to give Lincoln Community Health Center $500,000 to install Epic, half the amount it requested. The $2 million implementation would allow the clinic to connect with Duke University Health System’s Epic system. Commissioners suggested hitting up Duke for more than the $1 million it offered toward the cost, with one saying, “In the big scheme of what’s been invested at Duke, between $500 million and $700 million, this additional half a million, I would hope they would be able to absorb that and do what needs to be done.”

Investor Lisa Suennen (“Venture Valkyrie”) writes a blog post about the recent Health Evolution Partners Annual Summit that is brilliant in both insight and wit.

And this group of people, who know everything there is to know about how we got into such a healthcare system mess (because they helped create it) and what has got to be tackled to fix it (even if not how to do that exactly) is dealing with quite a conundrum. They are caught in a vortex where they have to straddle the old world and new world—the land where healthcare decisions are mostly still driven by volume and not quite ready to chuck it all for a world based on “value.” … it is impossible to train the entire hospital to act in two completely different ways based on the patient who shows up. You simply can’t run two different workflows and two different case management programs and two different follow-up programs efficiently. Most of the time the actual caregivers in a hospital—physicians, nurses, etc.—don’t even have a clue in what insurance program or risk-pool the patient is enrolled; certainly no one is yet handing out bar-coded wrist bands that tell the caregiver whether to minimize or maximize services, based on the financial motivation (I hope). 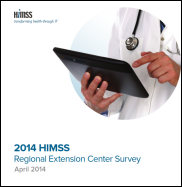 Points from the 2014 HIMSS Regional Extension Center Survey, with 37 of 60+ RECs (which have received $677 million in taxpayer support) responding: 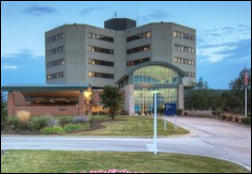 Blue Cross Blue Shield of North Dakota fires its CEO right after the company reports an $80 million loss largely due to problems in its Noridian Healthcare Solutions subsidiary, which developed Maryland’s failed health insurance exchange website. Paul von Ebers had vowed Thursday to improve the organization’s financial position by reducing administrative overhead, which its board took to heart in unanimously voting Monday to fire him effective immediately. 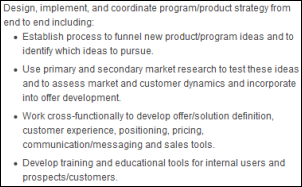 Guess which vendor is looking for a marketing director? Wrong … it’s HIMSS, trying to find someone to help push its many publications.

@deansittig tweeted out a link to an Epic promo-type video by Lucile Packard Children’s Hospital Stanford (CA) that is well done, but I liked the one above better.

Some hospitalists at the annual conference of the Society of Hospital Medicine focus on IT issues, urging their peers to “establish ourselves for the informatics role we have taken” by earning informatics subspecialty board certification.

Weird News Andy intones that “exercise can kill you.” In Portland, OR, a naked man doing pushups in the middle of the street at 4 a.m. is run over and killed by a car, with predictable toxicology results pending. WNA can’t keep his hands off his Oregon as he files another story that he calls, “is there a governor in the house?” as ED doc and Oregon Governor John Kitzhaber jumps out of his limo to perform CPR on a collapsed woman (WNA wonders he couldn’t spare some compressions for Cover Oregon.) 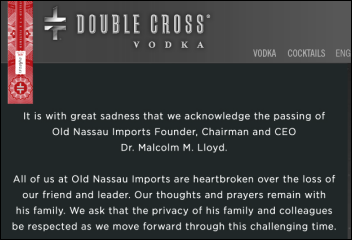 The family of a Miami doctor sues the driver of the Lamborghini in which he died when it crashed into a car stopped at a light at over 100 miles per hour two weeks ago. The driver, the founder of a vodka company, was drunk when he and the doctor left the Versace Mansion after discussing investments. The non-practicing doctor had a vodka company, too, going by the nickname Dr. Vodka.