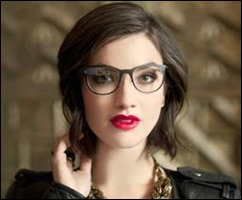 News is always pretty slow leading up to HIMSS, but I’m pleased to see things are picking up a little. We learned over the past couple of days that Apple leadership met with the Food and Drug Administration to talk about mobile medical apps. Rumor has it that Apple is working on a health-monitoring smart watch. Insiders are debating whether this was a fact-finding mission or a mission to try to push an existing application through the process.

Neither Apple nor the FDA have responded to comments as far as I can tell, but the news just broke on Friday, so there’s still time. We’ve heard the iWatch rumor before from a couple of different angles. Reports last year covered the announcement by Corning Glass Technologies that it had created bendable glass. Other companies have developed Bluetooth watches. Most speculate that the watch will link to an iPhone and will run iOS. Some sources have the number of product developers working on the project at more than 100.

Apple better get it in gear because the recent patent agreement between Google and Samsung might make Android devices more competitive. There are already several on the market. Having the companies play together nicely rather than litigate each other to death will put an interesting spin on things. Samsung also struck a licensing deal with Ericsson that addresses patent issues with GSM, UMTS, and LTE standards for both networks and devices.

As I’ve mentioned before, I’m interested in wearables, but they have to look good. After years on the wards and in the emergency department, I finally gave up my waterproof dive watch for something more grown up looking. Even if it was cool, I don’t think I’d want to wear something that looks like I’ve strapped an iPod Nano to my wrist. I don’t want to look like an old Dick Tracy cartoon. Most of the current offerings fall into that category.

Hot news this week, though, is that there will be new offerings for Google Glass including prescription-ready frames and detachable sunglasses. They’ve also partnered with eye health insurer VSP to train eye care providers how to fit the device and attach it to frames. I might consider trying if it I could get it mounted on my own sassy frames rather than the relatively sci-fi looking standard Google Glass platform.

Speaking of less-fashionable tech, it may not look glamorous but I’m intrigued by Fin, which is a ring-like accessory worn on the thumb to capture gestures meant to control phones, radios, TVs, and other Bluetooth-enabled devices. It reminds me of vintage Bakelite jewelry. I’m not opposed to wearing something a little more towards the geeky side if it’s not intended to replace a “normal” accessory.

A photo on the Fin site showed a child wearing it as a substitute for a gaming joystick. That got me interested in the potential for wearables for children. One interesting device that was shown at the Consumer Electronics Show was Sensible Baby’s SmartOne real-time sleep monitor, which can relay information on a baby’s temperature, sleep position, and movement to a smartphone or tablet. Alerts can be customized for the infant’s developmental stage. Unfortunately, the product’s blog features a photo of a man watching a baby sleeping on his stomach, which flies in the face of current medical advice that babies should be put to sleep on their backs.

I think my favorite wearable tech of the week is June, a monitor for ultraviolet exposure. It can be worn on a bracelet or attached to clothes or other accessories. It ties to a smartphone app and alerts the wearer when a particular UV exposure threshold is reached. I’ve been devoted to my SPF 70 for years because I have a fine line between being ghostly pale and turning into a lobster. If it’s released before summer, I’d consider giving it a try.