From Brute Forceps: “Re: Leidos Health. President Steve Comber is stepping down.” Unverified, but BF included a purported email from Steve to his team announcing his departure. “Our Executive Leadership, along with the Board of Directors, have made a decision to further invest in health by adding a recognized & proven industry leader at the forefront of our health business. As such, in the very near term a search will be underway for a health expert / leader who will be chartered with the responsibility of taking our health business to the next level.”

From Cabana: “Re: [company name omitted.] They are blocking access to your site after you wrote something uncomplimentary about them.” It’s my crowning achievement when a company blocks access to HIStalk. Given previous examples involving clueless, egotistical executives intent on guiding their enterprises right into the ground, I can say with confidence that employees reading factual information on HIStalk should be the least of their worries. 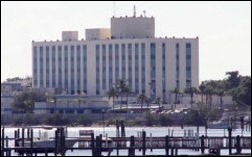 From Scooper: “Re: Martin Hospital. You scooped the main media on their EHR crash.” I just happened to have a reader with a friend who was admitted at the time and he passed the information along to me. CIO Ed Collins was nice to provide a response. The contact said it was chaos in the hospital, with confused employees assigning random numbers to patients, runners delivering paper copies of everything, medication errors occurring, and unhappy family members threatening to sue everything that moved (all unverified, of course.) The hospital says the problem was hardware, not Epic, and claims (as hospitals always do) that patient care wasn’t impacted. Of course patient care was impacted – the $80 million system that runs everything went down hard. It would be interesting for Joint Commission or state regulators to show up during one of these hospital outages anywhere in the country to provide an impartial view of how well the downtime process works. All that aside, downtime happens and the key is preparing for it, just like Interstate Highway construction and lane-closing accidents. It’s not a reason to drive a horse and buggy. 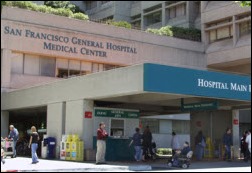 From Keith: “Re: UCSF death in the stairwell case. Four caught snooping.” San Francisco General Hospital announced for the first time Friday that a routine audit of the electronic records of high-profile patients turned up four employees who looked at records of the patient who was found dead in a hospital stairwell in October 17 days after she disappeared from her inpatient bed. Two of the employees have been fired and two were suspended. The hospital announced changes Friday as mandated by CMS after the incident, in which the hospital performed an incomplete search, alarms and cameras were found to be out of order, an incorrect description of the patient was issued to searchers (the hospital said to look for a black woman in a hospital gown, but the patient was white and wearing her own clothes), and the sheriff’s department failed to follow up on a report of a body lying in the hospital’s stairwell.

From The PACS Designer: “Re: Windows upgrades. The decision to upgrade from Windows XP, which will go off support in April, will be a challenge for most of us. Do we go to Windows 7, 8.1 or wait for Windows 9? Most likely Windows 7 will not be that choice due to its limited future with Windows 9 coming. Windows 8.1 with its rumored Upgrade 1 will be a likely choice since it will be easier to make the move to Windows 9 when its ready for release.” Windows 8 has been an amazing success with one group – the companies that sell add-ons to hide the absurdly annoying tile-driven Metro user interface. It’s probably fine if your computing needs are so basic that you can use a touch screen, but if that’s the case, you might as well just use a tablet, preferably one not running anything from Microsoft.

No clear trend exists for vendor layoffs, respondents said. New poll to your right: how often do you check your work email after hours and on weekends?

February 5 (Wednesday) 1:00 p.m. ET. Healthcare Transformation: What’s Good About US Healthcare? Sponsored by Health Catalyst. Presenter: John Haughom, MD, senior advisor, Health Catalyst. Dr. Haughom will provide a deeper look at the forces that have defined and shaped the current state of U.S. healthcare. Paradoxically, some of these same forces are also driving the inevitable need for change.

February 13 (Thursday), 12 noon ET. Advancement in Clinician Efficiency Through Aware Computing. Sponsored by Aventura. In an age of information overload, a computing system that is aware of the user’s needs becomes increasingly critical. Instant-on roaming for virtual and mobile applications powered by awareness provides practical ways to unleash value from current HIT investments, advancing efforts to demonstrate meaningful use of EHRs and improve clinical efficiencies. The presenters will review implementation of Aventura’s solution at Orange Coast Memorial Medical Center.

HIStalkapalooza last chance: registration to request an invitation ends Wednesday. We’re planning to email invitees the following Tuesday, February 4. Thanks to Imprivata for sponsoring the event – it’s going to be a big deal.

Welcome to new HIStalk Platinum Sponsor Greencastle. The Malvern, PA-based company was founded in 1997 by two former US Army Rangers who brought to the consulting world the military concepts of sense of purpose, discipline, teamwork, and systematic methods. They make it a point to hire junior military officers (among others) and help them apply their skills to the corporate world. Greencastle consultants are ready to take responsibility for large-scale clinical and business initiatives to help healthcare organizations maximize the value of change. Services include clinical systems implementation, application consulting, project management, and system selection. The company did a CHIME focus group presentation on building a business case for analytics and offers white papers. Thanks to founders Celwyn Evans and Jacob Kretzing for their military service and to Greencastle for supporting HIStalk.

Listening: Failure, deeply lush, ambitious, influential, and prophetically named 1990s alt-rock (Pink Floyd meets Radiohead) that nobody’s heard of despite their stunning 1996 concept album masterpiece “Fantastic Planet,” which they played great live. They broke up in 1997, but are reuniting this year.

A federal judge orders St. Luke’s Health System (ID) to divest itself of the Saltzer Medical physician group it bought last winter, saying the hospital’s ownership of 80 percent of the primary care doctors in Nampa, ID would give the health system an unfair bargaining position with insurance companies even though the intent of the acquisition was motivated only by improved patient outcomes. St. Luke’s had defended the acquisition in responding to a lawsuit brought by competitors and the Federal Trade Commission, arguing that the merger would support new risk-based care models and that its $200 million Epic system will be better than anyone else’s when implemented. 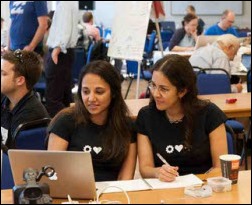 NHS Hack Day was held this past weekend in Cardiff, Wales, bringing together people with healthcare-related problems and developers ready to build rapid software prototypes to solve them.

A eye movement study of 100 primary care patient visits finds that EHR-using doctors spend a third of their time looking at the computer monitor, making it hard for patients to get their attention and reducing the physician’s ability to listen and think. The study also found that patients look almost constantly at the EHR screen instead of their doctor even though they have no idea what anything on it means. The author suggests that vendors design EHR displays that both physicians and patients can use. 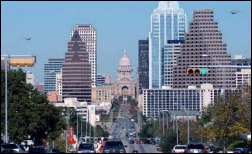 Several members of Austin’s city council question the city’s plan to offer athenahealth incentives to move one of its operations there when demand for Austin commercial space is already high. Said one of the council members, “While it’s great that the company is looking to hire locally, we don’t have 336 software people that are unemployed right now. That’s not a target area and it could be an onus on companies that we already here.”

In England, ministers vote to limit government IT contracts to $165 million other than for an “exceptional reasons,” also barring vendors that provide hardware and software from implementing their products themselves. Contracts will also be limited to a two-year term with no automatic extensions. According to Cabinet Office Minister Francis Maude, “Big IT and big failure have stalked government for too long. We are creating a more competitive and open market for technology that opens up opportunity for big and small firms.” Maude drove the government’s “digital by default” effort to centralize government websites and use technology to make its services more efficient. 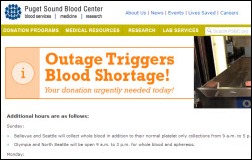 A man cleaning the vacated office of an Ohio family practice physician finds an old computer containing the electronic records of 15,000 patients. The doctor had told the man to keep anything he wanted and send everything else to the trash. The doctor says the PC was left behind by mistake and he wants it back, adding that it is password protected, but the local newspaper found the desktop icon above that opens a Word document containing the names and passwords of all the practice’s employees.

Weird News Andy titles this story “Jailhouse Rock” and adds a guitar pun in proclaiming the protagonist to be “high strung.” A 54-year-old male patient  claims to be Pink Floyd’s David Gilmour and Rush’s Alex Lifeson during several hospital stays, telling the hospitals that his agent would take care of his bill. Obviously not only did hospital staff not ask for ID, they don’t know either band very well because the man’s resemblance to either guitarist (above) is slight.