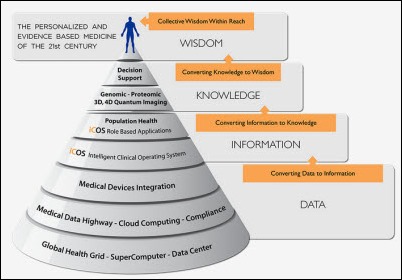 Healthcare billionaire Patrick Soon-Shiong launches health IT company NantHealth at the JPMorgan Healthcare Conference, which will offer the “intelligent Clinical Operating System” (iCOS) that will integrate information from molecular science, computer science, and big data to deliver solutions for population health management, cancer care coordination, transition management, and wellness. The company also announced a partnership with the Clinton Foundation to implement iCOS in two areas of the country. The company says iCOS is running in the country’s largest oncology group that covers 150 practices, 22 EMRs, and real-time data feeds moving 50GB per day; its Cancer Decision Support Engine is used by over 50 percent of oncology practices; and its EMR is running in 12,700 facilities in 13 countries. It talks about DeviceConX device connectivity, which is the iSirona’s product it gained when it acquired the company effective January 1, 2014.  Most of the other offerings are also previous NantHealth acqusitions, including the GlowCaps medication reminder system, home monitoring devices from Boston Life Labs, and Ziosoft medical imaging. Soon-Shiong spent $800 million on 60 companies and research projects that make up iCOS, which he says can be purchased right now. I’m never quite sure whether to take Soon-Shiong seriously, but having $7 billion gives him at least some instant credibility.

From Holly S: “Re: Jonathan Bush’s leave. He’s going on an extended vacation from February to April. He’ll be spending time with friends and family, both travelling and hunkering down. His agenda is to play and experience some things he’s always wanted to do. He has never been so energized about the business, its ability to effect change in health care, the marketplace’s receptivity to change. He’s all-in on what’s ahead.” Thanks to athena for providing this update in respond to a reader’s inquiry. JB told me he hates to miss “the boat show” (the HIMSS conference) and especially his MC duties at HIStalkapalooza, but as he also confided, “I am honored to have been your MC these past few years and hope dearly that whoever replaces me in 2014 will be a bomb so that you will have me back in 2015.”

Thanks to Greenway Medical for sending this note in response to recent rumors of employee layoffs:

We’d prefer to not comment on rumors. We have, in fact, been working through a very thorough review of our organization since completing the merger of Greenway Medical Technologies and Vitera Healthcare Solutions, which includes Vitera’s SuccessEHS. That process includes aligning our resources to most effectively serve our customers, which we’re accomplishing by delivering our innovative7 industry-leading solutions, delivering data liquidity through our powerful interoperability engine, and leading our customers through what will be an awesome change from production medicine to outcomes-based medicine through our clinically driven revenue cycle management solutions. Our mission at Greenway remains the same.  We believe healthcare will continue to electronify, the consumer will become more engaged and demand change, and we will improve population health by delivering smarter solutions.  We’re privileged to serve such a large provider base, clinical professionals who provide care to millions and millions of patients.

Voting for the HISsies awards is underway, as follows:

Welcome to new HIStalk Gold Sponsor Accreon. The company is a leader in system optimization, information integration, and software solution development. They worked on Canada’s clinical information highway and have built tools for US-based vendors for population health management, remote patient monitoring, and workflow optimization. Services for providers include strategic planning, project management, implementation, integration, analytics strategy and optimization, and HIE architecture and sustainability. They can also help vendors with near-shore solutions, software development, integration, and analytics projects and they also do work for payors, pharma, and government. Eric Demers is the Boston-based president of Accuron USA and not only is an industry long-timer who you may know, he even has a MHSA degree, which always clearly signifies that “I’m a healthcare person” since just about everybody else gets a general MBA instead. Thanks to Accreon for supporting HIStalk.

I’ll post a separate HIStalk article Wednesday afternoon with the link to the registration page, so watch for the email update. There’s no need to rush – we’ll leave the registration page up for several days and then invitations will go out February 4. Above is a bit of a hint about the sponsor and location. Meanwhile, I’ll say just once more that I think the primary sponsor has one co-sponsor slot open, so email me if you want more information. 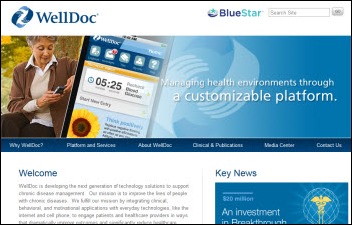 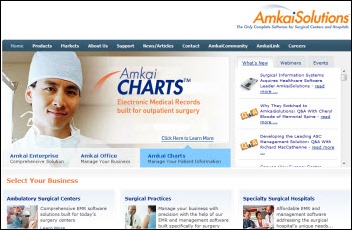 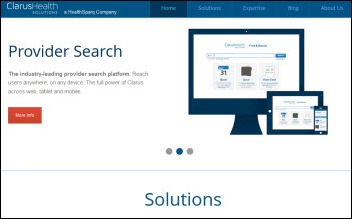 Transcription and speech recognition vendor MModal, acquired by a JPMorgan private equity arm in a leveraged buyout worth $1.1 billion in August 2012, hires a restructuring firm, according to sources cited by The Wall Street Journal. Sales are dropping and  the company is paying high interest charges on its debt of $750 million, which has tripled since the acquisition. 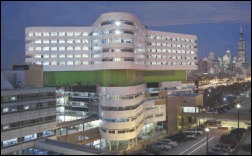 Rush Health (IL) contracts with Caradigm for healthcare analytics and population health software to support its private HIE. Rush Health’s CEO says the HIE is the largest investment the organization has ever made, adding, “We want to use this infrastructure to connect and exchange real-time information so we can do a better job coordinating care.” Rush Health will also offer to cover the first-year of EHR expenses the 10 percent of its doctors who are still using paper, moving them to Epic, eClinicalWorks, or athenahealth. 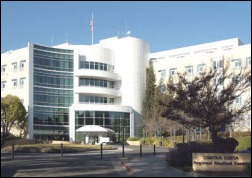 The 22-hospital St. Vincent Health (IN) will pilot Acupera’s population health analytics and clinical workflow management platform in one of its physician offices. 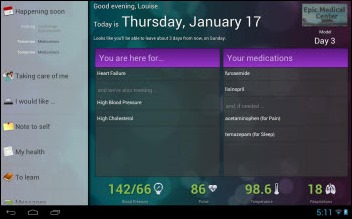 Kim Bahrami joins government contractor Acentia as VP of business development over the company’s expansion into DoD and VA healthcare. 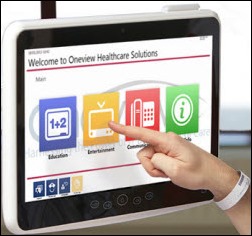 Varian Medical Systems will expand its existing Salt Lake City facilities in anticipation of creating 1,000 full-time jobs over the next 15 years. 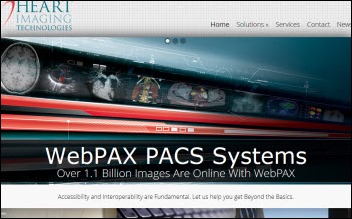 MedHOK, which just closed $77.5 million in funding, will increase its 100-person staff by about 35 percent over the next year.

CMS announces it will consider on a case-by-case basis requests made under the Freedom of Information Act for information to find out much Medicare pays individual physicians.

VA CIO Stephen Warren says that for 2014 his agency will be focusing on improving its system baseline practices and procedures, configuration management, patch management, and elevated privilege review. 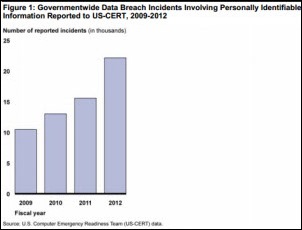 A GAO report criticizes CMS, the VA, and six other agencies for their inconsistent implementation, policies, and procedures for responding to data breaches involving personally identifiable information.

A report finds that ACOs are competent in offering e-prescribing, a single database containing medical and prescribing information, and formulary options that encourage the use of generic drugs, but lack tools that notify physicians when prescriptions are filled, prevent duplicate drug therapy, measure quality, and demonstrate the value of appropriate medication use. 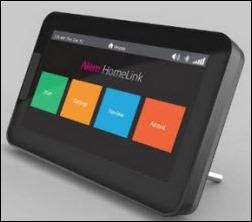 Alere Connect receives FDA 510(k) market clearance for its Alere HomeLink platform, which also earned CE Mark certification which will allow it to be marketed in Europe.

An ICD-10 readiness survey by Navicure and Porter Research reveals that 74 percent of physician practices have not yet started implementing their ICD-10 transition plan, though most don’t anticipate any disruptions from their EHR, PM, or clearinghouse vendors. A couple of alarming stats: 27 percent of survey practices are unsure how or where to start preparing for the transition, while 22 percent claim they don’t have the staff or resources to begin preparing.

The former CEO of two-hospital, 350-bed Cape Cod Healthcare (MA) who resigned abruptly in 2010 remained the organization’s highest-paid employee for the next two years, earning over $1 million in each year, and was still being paid in 2013. The hospital’s board chair said, “A lot of executives have post-employment benefits,” while a business ethics expert says it’s no wonder that US healthcare is so expensive. The CEO is also a physician and was disciplined by the state medical board after he left the hospital for inappropriately writing prescriptions for family members.

Weird News Andy notes, “Hipsters, beware” about this story in which a man in China stretches and yawns so hard that he collapses his own lung. WNA provides his targeted warning because the at-risk group is “tall, slim young men.”

WNA also likes a story that he titles “Clean Booze,” in which a man steals 12 bottles of hand sanitizer from a hospital by hiding it in his arm sling and then goes back twice more for additional bottles. He told the police who finally nabbed him that he makes a cocktail by mixing the alcohol-containing cleaner with orange juice.