From Informatics Doc: “Re: PCORI. Announces who they will fund to build clinical data research networks and patient-powered research networks, which has a fairly ambitious national goal. MU-compliant EHRs will be a key component to several networks.” The Patient-Centered Outcomes Research Institute, a non-profit created as part of PPACA/Obamacare,  approves $93.5 million to fund 29 clinical research data networks that will form PCORnet, a national network that will study clinical outcomes. Of the 29 participating organizations, 11 are hospitals, plans, and health networks that will provide real-time patient encounter information, while the other 18 are patient-operated, condition-focused groups. Quite a bit of technology is involved, including interoperability and data collection from EHRs such as Cerner and Epic, data standardization, patient-facing applications, and population health management tools. Harvard Pilgrim Health Care Institute won a $9 million contract in September to run the program, naming as directors Richard Platt, MD, MS from Harvard Medical School along with Robert Califf, MD from Duke University Medical Center. I think it’s a great idea, although the politics and special interests involved in translational research make it hard to predict whether it will be successful in turning new medical data into health-improving and cost-saving principles.

From The PACS Designer: “Re: iPhone 5S. With the gifting completed for the holiday, TPD thought it would be useful to post instructions for the HIStalkers who may have received the iPhone 5S. Since it can be daunting getting started with the 5S,  providing detailed instructions will get you going sooner.”

Barely more than half of poll respondents think Karen DeSalvo was a good choice to be Farzad’s replacement as National Coordinator, although none of those who voted added a comment to explain their position. The suck-up organizations (which is pretty much all of them) can’t say enough good things about her even though most of their flattery is either superficial or irrelevant, so to you naysayers, what don’t you like about her? Leave a comment on this post if you like. New poll to your right: how would you grade Medicare’s fraud prevention efforts? 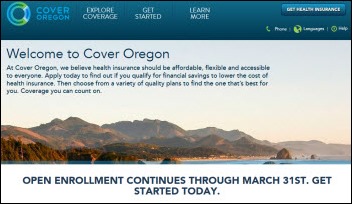 Once considered a national health care leader, Oregon produced the worst rollout in the nation of the new national health insurance program. While the crippled federal website eventually got up and walked, Oregon’s remained comatose, unable to enroll a single person online. The state had to resort to hiring 400 people to process paper applications. Officials lay much of the blame on the primary information technology contractor, Oracle Corp., and withheld some $20 million in payments. But state officials’ own actions played a role, too. In the face of disaster, they insisted on doing things The Oregon Way, clinging to a grandiose vision of creating a grand health IT system that would not only enroll new people in the national health insurance program, but also provide other vital services. In the midst of the finger-pointing, executive director Rocky King went on indefinite medical leave, and chief information officer Carolyn Lawson resigned. 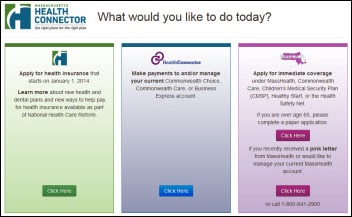 Massachusetts, whose healthcare programs inspired Obamacare, has paid $11 million of a $69 million contract for creating its health insurance exchange website, which has enrolled only 2,800 people due to technical problems. The state says the system, built by Healthcare.gov lead contractor CGI, is slow, displays random error messages, and times out. It requires applicants to submit their information online, then wait for a mailed letter before signing up for insurance. Both Massachusetts and Vermont have halted payments to CGI for their insurance exchange sites, saying the company isn’t meeting its obligations.

Canada-based CGI, whose Healthcare.gov contract is worth around $300 million of that site’s $700 million cost so far, has a market cap of $10.6 billion. It’s one-year share price chart is above, with GIB in blue and the Dow in red. Vanity Fair’s profile of CGI is unflattering, citing previous unhappy customers and creative acquisition-related accounting practices (the company is made up of 70 acquired entities.) Industry long-timers will remember its 2004 acquisition of American Management Systems (AMS), from which quite a few hospitals bought medical records scanning and workflow applications. Including my hospital at the time, which earned AMS/CGI strong consideration for my “worst vendor” list. The article summarizes:

The story of how the Obama administration and the Centers for Medicare and Medicaid Services (CMS), the agencies tasked with implementing the Affordable Care Act got it so wrong is still unfolding. Much of the blame has to fall on an insular White House that didn’t want to hear about problems, and another chunk has to land on CMS, which instead of hiring a systems integrator, whose job it would have been to ensure that all the processes feeding into healthcare.gov worked together, kept that role for itself. As anyone who has worked with the federal government on such projects knows, it is utterly inept when it comes to technology. 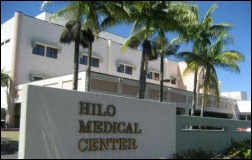 In England, NHS and Department of Health create The Walk, an exercise app that combines a pedometer with a mystery story that unfolds as more steps are accumulated toward 500 miles of walking. It was developed by the creators of Zombies, Run!, which similarly combines a mystery story with running.

A Hero’s Welcome to Health IT, a government-funded program, will introduce military veterans to careers in health IT at the HIMSS conference. It offers mentoring and entry-level certification.

ONC’s annual meeting will be held January 23-24 at the Washington Hilton in DC, with 1,200 attendees expected.  It will probably be the first public appearance of new National Coordinator Karen DeSalvo, MD, who will start at ONC on January 13.

The txt4health mobile personalized messaging program for diabetes management launched by three ONC-designated Beacon Communities reached a good many participants in Michigan, Ohio, and Louisiana, but more than half of them dropped out of the 14-week program, many of them apparently just ignored the messages, and only 3 percent of active participants tracked their weight. The article generously concludes that “this type of approach may not be appropriate for all.”

The board chair of a children’s hospital in Greece is arrested for demanding a $34,000 bribe from an advertising company that had been awarded a $262,000 contract to develop an anti-obesity campaign for children. He was also fired from his full-time position with the National Bank of Greece. The bribe was paid by an informant wearing a wire, which recorded the man’s stated rationale: “What kind of an idiot would I be to have made a 190,000-euro deal and not kept a cent for myself?”

Strange: parents of a newborn sue a Pittsburgh rabbi, claiming he severed their son’s penis while circumsizing him. Surgeons reattached it during an eight-hour microsurgery that involved six blood transfusions, two months in the hospital, and leech therapy. According to the rabbi’s website, “A doctor’s medical circumcision, usually performed in the hospital on the second or third day after birth, does not fulfill the requirements of a Bris Milah and is not considered valid according to Jewish law.” 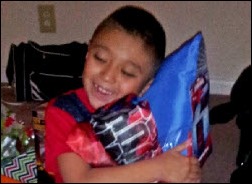 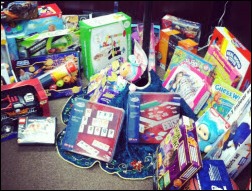