A Johns Hopkins-led study published in JAMA concludes that the major factors driving healthcare costs up are consolidation of hospitals and practices that increase pricing power, high drug and medical device costs, and heavy IT investment with questionable value. It notes that costs are not visible to doctors or patients, which prevents healthcare from functioning as an efficient market.

From Flash: “Re: AMIA. Perhaps the biggest news at AMIA so far is the non-news that CMS probably won’t delay Stage 2 MU. That’s essentially what the ONC’s Jodi Daniel said during a session Monday.” At this stage in the game, it would be more surprising if CMS did consider changes or delays.

DocuSign will present “Paperless Practices: Harnessing EHR Value by Improving Workflows with Electronic Data” on Tuesday, December 10 at 1:00 p.m. Eastern. “Audit Readiness: Three Simple Steps to Protect Patient Privacy”, presented by Iatric Systems, will be presented on Wednesday, December 11 at 2:00 Eastern. More information on both programs is on the Webinar page. 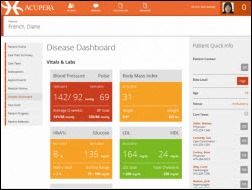 Carl Icahn, who owns 4.7 million shares of Apple and a 16.9 percent stake in Nuance Communications, tells participants at an investment summit that he will not push Apple to buy Nuance.

Truven Health Analytics provided this comment related to its recently released 10-Q forms that a reader commented about in the Monday Morning Update:

Truven Health Analytics has performed well in 2012 and through the first three quarters  of 2013, with steady increases in revenue and robust margins for adjusted EBITDA.  Reported losses are due to accounting changes stemming from our divesture from Thomson Reuters and one-time costs associated with the migration of our data center from Thomson Reuters onto a standalone platform, neither of which affects ongoing operating performance. 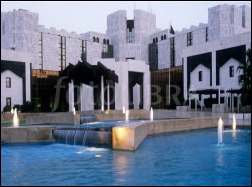 King Khaled Eye Specialist Hospital in Saudi Arabia will implement InterSystems TrakCare. The hospital, by the way, is part of a compound that includes six five-story apartment buildings, 22 villas, a community center, tennis courts, playgrounds, a cinema, a supermarket, and a mosque.

Verisk Health promotes Nadine Hays from EVP of sales, marketing, and strategic partnerships to president, replacing Joel Portice who is leaving to pursue other interests.

Nuance extends the existing employment agreement with its CEO Paul Ricci through November 11, 2015 and agrees to pay him a base salary of $800,000 plus annual performance bonuses of up to $1.2 million.

eClinicalWorks will invest an additional $50 million over the next 12 months in addition to the $25 million it had already committed to enhance and expand population health solutions and patient engagement tools under its Health & Online Wellness business unit. Part of the funding will be used to hire an additional 100 software developers. 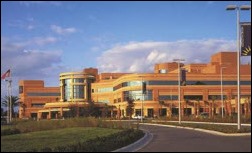 Parrish Medical Center (FL) expands its use of products from Strata Decision Technology with the implementation of  StrataJazz Decision Support. 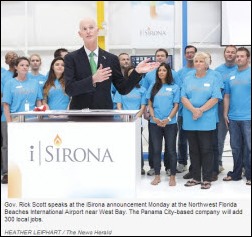 Florida Governor Rick Scott joins iSirona employees to announce the company’s plan to create 300 new jobs over the next three years at its Panama City headquarters.

HIMSS Analytics and The International Institute for Analytics announce the launch of a service that will allow hospitals to assess the maturity of their analytics capabilities and benchmark against peers.

The Boston Globe names Meditech as one of the Top Places to Work in Massachusetts.

House lawmakers introduce legislation that would create and expand physician reimbursement of telehealth services to active-duty service members, their dependents, retirees, and veterans.

The American Academy of Ophthalmology unveils the IRIS Registry, the nation’s first eye disease and condition patient database. The registry is designed to interface with any EMR system and will handle data on more than 18 million patients by 2016.

Three young programmers create HealthSherpa.com, which one-ups Healthcare.gov by allowing consumers to quickly get insurance prices by entering only their ZIP code. It took them only three days to develop and test the site. I tried it and had insurance prices and details in less than five seconds.

Weird News Andy finds this story to be strange but true. Researchers find that patients with a wide range of red blood cell sizes are more likely to have depression.