Health and Human Services Secretary Kathleen Sebelius apologized Wednesday to Americans for the “miserably frustrating experience” caused by problems with the Obamacare website. Congressional leaders grilled Sebelius for 3-1/2 hours about the troubled website rollout and raised security concerns. The secretary said she felt confident the website would be updated and “optimally functional” by November 30.

From C’mon Mane: “Re: Another Epic sale. Allegheny Health Network is ditching Allscripts Sunrise for Epic. The deal is worth many millions. They think there will be better connectivity as they put the private doctors out of business and hire hospitalists to run their programs.” 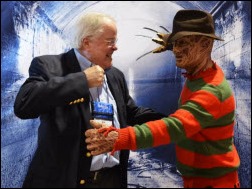 From Jessica: “Re: AHIMA buzz. Had to pass along this wicked shot of our GM, Don Graham, introducing Freddy Krueger to his fist at the Billian booth at the AHIMA conference (where our theme was something along the lines of ‘laying your health market data nightmares to waste’).” Thanks for the great Halloween imagery.

Just a reminder that Mr. H is still out of pocket so today’s post is all me. Well, me and my BFF, Dr. Jayne.

A few treats from HIStalk Practice this week include: CareCloud will integrate ZocDoc’s appointment booking app into its platform. Physicians are still uncertain how the ACA will impact their workloads or wallets. I’m looking for a few vendor types to participate in a survey.General practice physicians were 1.5 times more likely than specialty practice physicians to have been awarded a MU incentive payment in 2012. In 2011, office-based physicians using EHRs were more likely than non-EHR users to exchange clinical data electronically. My idea of a perfect Halloween treat is having new readers sign up for HIStalk Practice email updates, so thanks in advance. Thanks for reading.

MEDSEEK acquires the Madison, WI-based SymphonyCare, a provider of a population health and care management solution.

WebMD acquires Avado, a developer of patient relationship technologies, including a patient portal for messaging, reminders, and appointment scheduling tools.

TeraMedica names Nick Donofrio (Merge Healthcare) director of client services, taking over for Greg Strowig, who was promoted to COO.

San Diego Regional HIE changes its name to San Diego Health Connect and announces that Sharp Healthcare and Scripps Health have agreed to participate in directing the exchange.

The eight-year-old nonprofit organization LCF Research, which is building New Mexico’s HIE, announces that it is now profitable and will be sustainable after its federal grant expires on January 1. 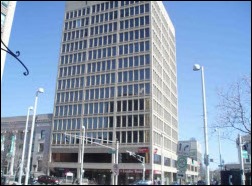 The Defense Health Agency plans to extend the life of AHLTA though 2018, signaling it will take that long to implement a new EHR.

The House passes a bill that would streamline the VA’s disability claims appeal process and would establish a 15-member commission to seek advice from veteran service organizations, technology companies, and the insurance industry.

A pilot demonstration for the ONC successfully demonstrates the use of patient privacy controls over shared medical records. The demonstration showed how externalized patient consent directives can be automatically fetched and applied during the exchange of EHRs.

About half of clinical decision alerts are overridden by providers and about half of overrides are classified as appropriate, according to a study published in JAMIA. The most common alerts to be overridden were formulary substitutions, age-based recommendations, renal recommendations, and patient allergies. While 53 percent of all overrides were classified as appropriate, the likelihood of overriding an alert varied widely by type. The authors recommend refining alerts in order to reduce alert fatigue. 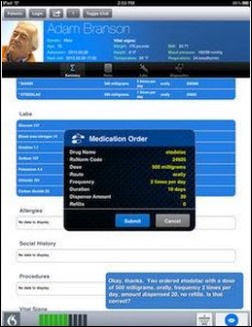 Nuance introduces an intelligent virtual assistant that uses voice recognition technology to take directives for administrative tasks like ordering medications and labs. “Florence,” which will won’t be launched for another year, will understand the intent of a doctor’s request, actively listen, and respond with facts about how a particular medication or test may affect a patient. Think of the potential if Nuance could tweak this technology to work with spouses.

Healthcare providers outside of the US claim that functionality and support are the top reasons that Cerner Millennium PowerChart exceeds their expectations, according to a KLAS report. Respondents say that despite high costs and contracting concerns, PowerChart is part of their long-term plans.

The Michigan Health & Hospital Association Keystone Center reports that various patient safety and quality initiatives across the state’s 117 hospitals saved more than $116 million (less than one percent) in healthcare costs between 2011 and 2013.

The global market for cloud computing in healthcare is predicted to reach $3.9 billion in 2013, representing 21 percent growth over 2012.

A third (1,099) of Joint Commission-accredited hospitals achieve Top Performer status in the Commission’s annual report on quality and safety. That’s a 77 percent increase over the number of top performing facilities in 2012. 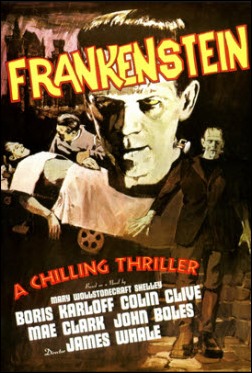 I got a chuckle earlier this week when Farzad Mostashari Tweeted about an article on using data to support accountable care efforts: “give MDs info on pts who need A1c, they look at you as though they’re drowning & you’ve just given them a baby.” The line comes from a piece about Memorial Hermann Physician Network (MHPN)and its work to use data to drive population health management.

The network has over 2,000 physicians and functions as an ACO under both Medicare and private-payer frameworks. MHPN is working to bridge the gap between claims-based data and EHR data and I don’t envy them. In working with those two data sources in my own organization, there are plenty of gaps. We continue to deal with practices and service providers that don’t bill in a timely fashion which can skew the claims data. I may have an ophthalmology report back from my colleague so I know I’ve satisfied the patient’s need for diabetic retinopathy evaluation, but the payer hasn’t seen a charge yet therefore the patient’s status is in limbo.

It continues to amaze me that practices can’t bill in a timely fashion even when they are using EHRs. I’m fortunate enough to have very good insurance not only from the patient perspective but from the provider perspective. It reimburses at the top of my fee schedule and also pays timely and accurate claims in a matter of days. As a patient I usually have a paper Explanation of Benefits in my mailbox within two days of when the payment check is cut to the provider, which typically happens within days of the claim. After my recent orthopedic surgery adventures, it took months to receive the first EOB. Based on some of the happenings in the office (such as being charged unnecessary copays during a global period and general disarray with scheduling) maybe I shouldn’t have been surprised. As lean as practices run though it surprised me they wouldn’t do everything possible to get their payments sooner.

In talking to some of my colleagues about the challenges of running an independent practice, it makes sense why so many have been purchased by hospitals and health systems during the last few years. Hospitals sell the vision that they are will deal with practice headaches including OSHA, CLIA, HIPAA, Human Resources, and a host of other issues. Although there are good organizations out there that get the job done, it feels more and more like physicians are being sold a bill of goods.

One of my residency colleagues is part of a small primary care group that was recently acquired. They had a successful EHR installation and were moving forward with Patient Centered Medical Home and other initiatives. Since the hospital medical group was on the same EHR as they were, they figured it would be a smooth transition once their data was migrated. Unfortunately the nightmare was just beginning. The employed physicians had done some significant customization to their version of the EHR, often damaging clinical workflow in the process. Required fields were added in a way that didn’t make sense with how physicians document.

Being a power user of the EHR previously, my friend questioned the way the group was using the system and who had been making the decisions to add the customizations. The group has a policy on change control and decisions are to be made by an IT Committee. Unfortunately its leader is a political appointee who is not actually a user of the system and his chief mode of management revolves around making sure there are no squeaky wheels. When the Compliance department asked for required fields to be added, he complied. When risk and legal made demands, he acquiesced. When specialists wanted fields hidden because they weren’t relevant to them, they vanished. Ultimately a system that could have been highly functional turned into a Frankenstein.

Her new colleagues inundate each other with strings of emails complaining about the system and demanding the administration rip it out and find a new vendor. The EHR has become the scapegoat for a number of problems in the offices, many of which are simply due to poor management. The leadership won’t hit the problem head-on because they are part of the problem. Revenues are down yet many practices have a substantial charge lag. It appears the group doesn’t have a policy on how quickly providers must document their patient visits or when charges are submitted. There are no metrics gathered to show how poorly practices are performing and no accountability to force anyone to change.

I suspect my orthopedic practice is probably managed in the same manner. This brings me back to the quote about giving a practice reports to manage when they’re already drowning. How can we expect a practice to perform population interventions when they can’t finish their documentation? Why can some primary care physicians on a given EHR see forty patients a day and others balk at seeing sixteen? Practices need active (and often aggressive) management to be able to achieve the high goals that are being set out for them. It’s not going to happen automagically and certainly not without a tremendous amount of work.

Medical group management teams need to make sure their physician offices know how to crawl before they push them to run a marathon. Otherwise they’re just setting them up for failure. There is a great quote in the piece that I think I’m going to use to illustrate this point as I discuss these issues with my colleagues: Big data is just making the haystack bigger and not making the needle better. It doesn’t make sense to hand a practice a sheaf of reports to work when they can’t even answer the phones or keep up with refill requests. Why send communications encouraging patients to schedule appointments when the providers have a three month scheduling backlog?

Technology can do wonderful things but it can’t do everything. It doesn’t remove the need for management, structure, and accountability. It won’t replace the basics and we’ve all seen how technology can make dysfunctional processes even more so. If you weren’t billing timely in the pre-EHR world there’s no magic wand that will make it happen just because you implemented a system. Hopefully by now you have some chills running down your spine. After all, it is Halloween. Do you find poor practice management as horrifying as I do? Email me.