From FL IT Guy: “Re: HMA. CIO Ken Chatfield and two other IT VPs were separated Thursday night. I don’t know the details.” Unverified, but Ken’s bio has vanished from the for-profit hospital company’s leadership page. He took the job in 2010. HMA replaced its board a month ago and is reconsidering its planned $3.9 billion sale to Community Health Systems.

From Levon Helmet: “Re: interface engine selection. Consultant John Traeger put together a really great guide that includes a grading system. He presented to our user group conference and said he put the guide together because people are using dated questions on their RFPs that often lead to the wrong selection.”

From The PACS Designer: “Re: SAP and the cloud. TPD is very familiar with SAP AG and their database solutions from previous development experiences in healthcare. What is surprising for a stodgy company that SAP is the success they’ve had moving customers to the cloud. It wasn’t that long ago that they announced their desire to sell cloud solutions and they’ve already achieved over $1 billion in Hana cloud business.”

From Twitterpated: “Re: US CTO Todd Park. Hasn’t tweeted since the week before Healthcare.gov went live.” Todd’s last tweet was September 25. I don’t know if that means anything, but his tweets were somewhat regular at 5-10 per month before then, so his month-long absence is unusual. A Reuters article says that like most White House officials, nobody’s saying what is role was in developing Healthcare.gov and the White House has declined to make him available for interviews. A couple of influential Republican members of Congress seem to have him in their sights. Bizarre conservative columnist Michelle Malkin wonders, “What Happened to All of Obama’s Technology Czars?” in ripping the administration along with former US CIO Vivek Kundra, his replacement Steven VanRoekel, former US CTO Aneesh Chopra, David Blumenthal, Farzad Mostashari, and Todd Park. Where were all the critics when BearingPoint’s $500 million CoreFLS nearly shut down the Bay Pines VA hospital in Florida and was trashed after returning zero value to taxpayers? Affecting live patients seems to be more important than limiting sales of insurance policies.

It’s a toss-up for survey respondents trying to decide if private equity firms are a positive or negative industry influence. My opinion: sometimes the purely business decisions PE firms make aren’t pleasant for employees and sometimes even customers, but they’re trying to save companies in trouble or at least make them return more value to improve their chances of survival. Employees can find new jobs more easily than customers can choose new vendors, unfortunately. New poll to your right: would you buy hospital applications from a company that doesn’t have much hospital experience?

Two really good upcoming HIStalk Webinars will feature industry-leading CIOs speaking on interesting topics. I saw the rehearsal sessions for both and they are worth your time.

Marc Probst, VP/CIO of Intermountain Healthcare, will present “Fostering Innovation Through Appropriate Government Regulation” on Thursday, November 14 at 1:00 p.m. Eastern. I enjoyed learning about Intermountain and its informatics history as well as Marc’s thoughts about the government’s influence in setting standards and the need for innovation in healthcare. Marc’s presentation is sponsored by Sunquest Information Systems, which commissioned the initial version of this talk for one of its recent executive forums.

Ed Marx, SVP/CIO of Texas Health Resources, offers “The Lost Art of Mentoring” on Thursday, November 21 at 2:00 Eastern. You know Ed from his “CIO Unplugged” writings on HIStalk, His mentoring posts resonated with many readers and Ed graciously agreed when I asked him if he would provide expanded thoughts on that topic. He will explain how mentoring saved his life, saved his marriage, and transformed his career. You’ve read Ed’s words on the page and now you can hear them live.

I started this Webinar series in the hopes that leaders like Marc and Ed would step forward to bring a new type of inspiring education to a wide audience. Not everybody speaks at conferences or attends them, and this is a way to put new ideas and new voices in front of HIStalk readers. It’s free, paperless, and  greener than flying in planes across the country to watch the same presentation on a screen in a big room. Let me know If you have non-commercial ideas to share on any topic (technology, care delivery, business, informatics, self-improvement, etc.) that would interest my audience. We’ll help by reviewing your presentation, taking you through a rehearsal, providing the online platform, moderating your session, making the recorded Webinar and slide PDFs available afterward, and of course hopefully assembling an appreciative audience. You’ll get exposure and a resume credential if you want those things, but mostly you’ll get the satisfaction of having given something back to the industry. A lot of people who are new to healthcare IT could benefit from your experience and wisdom. 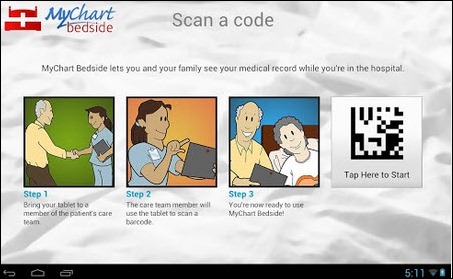 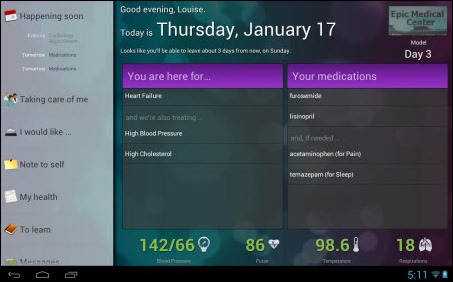 HIT seed funder Rock Health perhaps unintentionally emphasizes the generational and cultural gap that exists between its youthful West Coast team and us experienced non-hipsters who work in hospital IT by quoting an R. Kelly song in a tweet pitching some kind of hackathon.

Bruce Friedman of Lab Soft News points out the potential conflict of interest in hiring QSSI as a major contractor for Healthcare.gov. “It’s owned by UnitedHealth Group which also owns United Healthcare … the general software contractor now for Healthcare.gov is owned by the holding company that also owns the largest health insurance company in the country, UnitedHealthcare. Does the fact that UnitedHealthcare seems to be not participating the healthcare exchange, as most other private insurance companies are doing, change the equation? For me, the answer is no.” 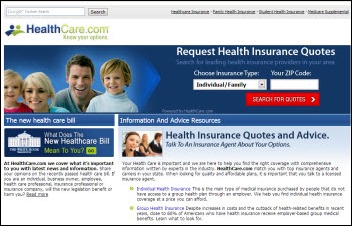 Venture capitalist Michael Greeley has left Boston-based Flybridge Capital Partners, which he co-founded in 2001, to join VC firm Foundation Medical Partners. He holds board a board seat at Valence Health. Current HIT investments by Foundation Medical Partners include Explorys (healthcare big data), Predilytics (healthcare analytics), and Rise Health (population health registries). FMP’s previous HIT-related  investments include Humedica and Valence Health. Greeley says early-stage need to be experts in specific sectors, especially in healthcare, and he wants to work with the IT side.

Vince continues his HIS-tory of McKesson some some fascinating background on Peoria-based HBO (before they moved to Atlanta and became HBOC) that includes some first-hand reports as well as personal photos from HBO’s #14 employee, Dan Mowery. This is a labor of love for Vince, so if you enjoy his HIS-tory posts as much as I do, I’m sure he would appreciate it if you’d leave a comment to say so.