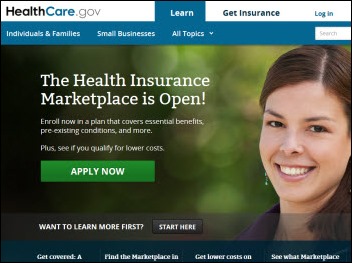 US CTO Todd Park tells USA Today that the Healthcare.gov insurance marketplace wouldn’t be failing if the site hadn’t drawn five times the expected number of simultaneous users. “Take away the volume and it works,” he said. Former National Coordinator and Republican appointee David Brailer wasn’t impressed with the Democratic appointee’s explanation: “Whoever thought it would draw 60,000 people wasn’t reading the administration’s press releases. The Medicare Part D site was supposed to have 20,000 simultaneous users and was (built for) 150,000, and that was back when computing was done on an abacus. It isn’t that hard.” A Wall Street Journal investigation finds that an Experian identity module is crashing frequently, the site contains orphan programming code that appears to do nothing, and caching was not employed for efficiency. It estimates that up to 99 percent of those people who try to register can’t complete the process. The previously chatty government contractors involved are now declining to return calls.

From Patient Presents Without Comment: “Re: ICD 10. I wish I could see when, You’d be part of my past, and be gone; Your codeset is fine, but look: I prefer Nine. It’s opinion- how can it be wrong? There’s just under a year- it’s a while, but I fear, That there’s yet quite some Gantt chart to go; Could you install yourself? It’d be good for my health. So please MYOB, IMO.”

From Beer Reviewer: “Re: Monday morning news. The posts have been short. Is the news in short supply?” It is, actually. I go through the same steps every weekend to put together the Monday Morning Update, just like I’ve been doing since 2003. Lately news has been nearly non-existent. I could do like everybody else and pad it out with worthless, self-serving press releases masquerading as useful information, but I assume you would rather me not waste your time. Nobody has pointed out anything important that I’ve missed, a test I apply every single day to what I write.

From More Please: “Re: anonymous CIO interview. Fascinating! I would like to see more.” So would I. All I need are CIOs who are willing to be interviewed anonymously. If that’s you, let me know.

Everybody knows that most everything Yahoo is hopelessly antiquated crap, but I’ve stuck loyally with the paid version of Yahoo Mail for nearly 10 years because I like it better than the alternatives. No more. Yahoo is having a spam-related spat with Spamcop blacklisting that was causing my emails to fail and despite all the hoopla about improving the user experience, Yahoo has apparently removed every possible way of contacting support (even via an online form – thanks, Marissa Mayer). The best way to get me now is mr_histalk@histalk.com. 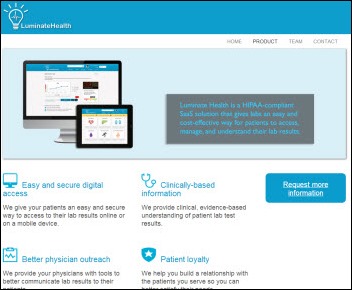 Nuance gives in to activist investor Carl Icahn by adding two of his nominees to its board in return for his support of the company’s slate.

The Valley Hospital (NJ) will implement Merge Healthcare’s CTMS for Investigators solution to organize and centralize its clinical research operations.

Aegis Sciences will implement Passport Health’s OrderSmart and PaymentSafe to automate transactions between its CBO and U.S. locations. 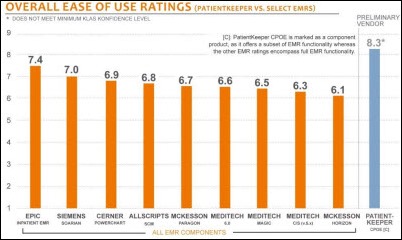 A KLAS report finds that PatientKeeper is the most user-friendly standalone CPOE system on the market, with its 8.3 score on a nine-point scale beating Epic inpatient by almost a full point. All PatientKeeper customers interviewed by KLAS said they would buy it again, with an overall company performance score of 86.4 and reported physician user training time of as little as 10 minutes.

Nuance announces its Clinic 360 suite, an outsourced transcription service and application for physician practices and ambulatory clinics that manages dictation, review, editing, and sign-off for specialties such as oncology.

Harris Healthcare achieves critical milestones while deploying its Service Oriented Architecture Suite across the US Department of Veterans Affairs and the DoD.

Vitera is previewing Intergy V9.00 at MGMA this week. 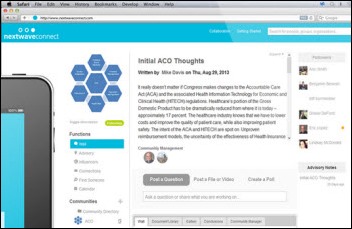 Next Wave Health launches Next Wave Connect, a problem-solving social network for healthcare organizations. Drex DeFord will serve as CEO and Mike Davis as EVP of research and analytics. 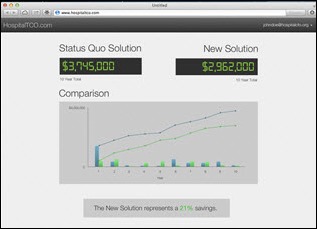 Peer60 offers HospitalTCO.com, which allows hospitals to determine total cost of ownership for IT systems over 10 years. It’s free.

Athenahealth announces its readiness for Meaningful Use Stage 2. 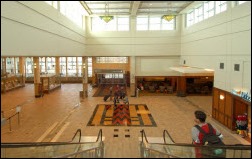 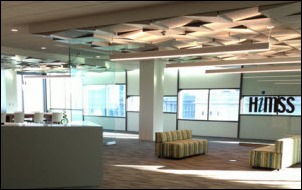 HIMSS releases a photo of its Innovation Center inside the just-opened Global Center for Health Innovation in Cleveland. 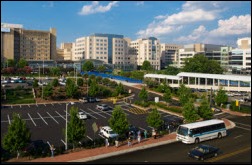 UNC Health Care (NC) says it expects to post an operating loss for the fiscal year due to reduced volumes caused by its Epic go-live.