Here’s a news item that Judy Faulkner probably won’t mention when addressing the Epic masses in Verona this week. She earns the #243 spot on the annual “Forbes 400 Ranking of the Richest Americans” with an estimated net worth of $2.3 billion. Terry Ragon of InterSystems, which sells the Caché database that runs Epic and other healthcare IT systems, also makes the list, tying Cerner’s Neal Patterson in the #352 position with a net worth of $1.5 billion. 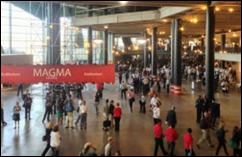 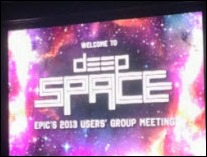 From GomiesGone: “Re: Nuance. Dropped the ball by failing to release Dragon Medical Network DM360 v2.0 as promised on September 16. Word is upper management is arguing over logistics.” Unverified. 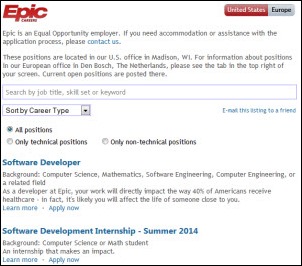 From Curious: “Re: Epic. Looks like they’re no longer hiring project managers / installers for their US locations. Does anyone know why?”

From Reluctant Epic User: “Re: HIStalk. If you’re ever in my town and willing to blow your anonymity, I’d be thrilled to buy you a beer or two for the great work you do. People in my health system routinely think I’m a genius simply because of knowledge I have gained by reading your site faithfully for the last six years.” I appreciate both the nice comment and the six years of reading. I do like beer, so that just might sway me. 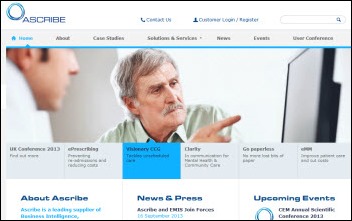 A UK report says that CSC will pay $98 million to settle a class action suit in which shareholders claim the company knew its Lorenzo EMR, developed by iSoft, could never be implemented in the NHS’s NPfIT program long before a Department of Health breach of contract charge sent shares down sharply. Meanwhile, a watchdog’s report says costs continue to pile up for the failed NPfIT project because of ongoing liabilities and vendor termination fees, leading it to conclude that the project is “one of the worst and most expensive contracting fiascos in the history of the public sector” as updated cost estimates are revised upward to $15.5 billion vs. an estimated benefit of $6 billion. 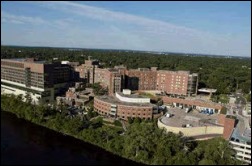 Bill Keyes (Allscripts ) is named SVP of sales of CoCENTRIX. 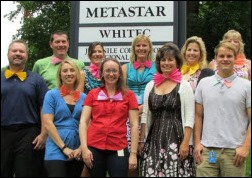 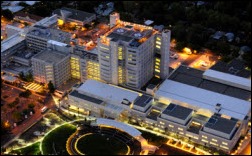 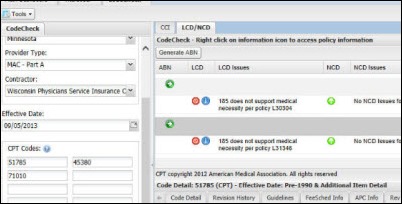 PDR Network launches PDR+ for Patients, which incorporates drug  information into EHRs so that prescribers can discuss proper use with patients during the encounter. 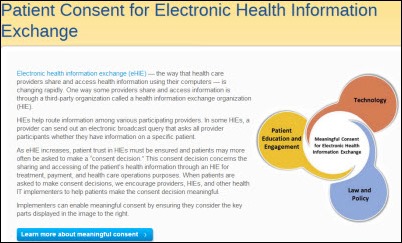 ONC releases online tools for providers and HIEs to educate patients about the electronic sharing of health information. 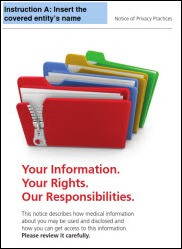 CMS commissions the National Academy of Sciences to study how best to add social and behavioral factors to EHRs without compromising privacy.

GAO identifies 12 potentially duplicate investments at three federal agencies that over the last five years have accounted for $321 million in IT spending, including $256 million for four HHS information security systems.

The House of Representatives is considering the TELEmedicine for MEDicare (TELE-MED) Act of 2013, which would allow Medicare providers to treat patients across state lines using telehealth technology without requiring them obtain medical licenses in multiple states. 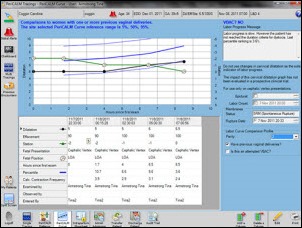 A study published in The Journal of Maternal-Fetal & Neonatal Medicine finds that neonatal depression can best be predicted not only by common excessive uterine contractions, but also the concurrent presence of fetal heart rate deceleration. The study used tracing data from PeriGen’s PeriCALM system, which allows real-time detection of the condition.

Canada becomes the thirteenth country to issue a patent to MMRGlobal’s MyMedicalRecords  subsidiary for its online medical records technology. In an MMR press release, the company notes it is negotiating an agreement with an investment fund specializing in financing the enforcement and licensing of global intellectual property rights which would “maximize MMR’s ability to exploit its global health IT patent portfolio.” “Exploit” sounds like an appropriate term to describe MMR’s apparent  modus operandi.

An Accenture survey finds that 40 percent of Americans would switch doctors to gain online access to their electronic medical records. That sounds like a suspiciously high number and no doubt it is – Accenture conducted the survey online.

CHIME President and CEO Russ Branzell pens a National Health IT Week piece called “HIT Capabilities – They Are Personally Important to Me.” 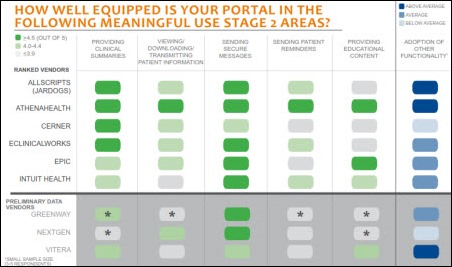 MU Stage 2 is accelerating EMR-specific patient portal adoption, though the trend is negatively impacting best-of-breed vendors that are not as well equipped as EMR offerings, according to a KLAS report on patient portals. Athenahealth, Epic, and Allscripts were the top-performing vendors. 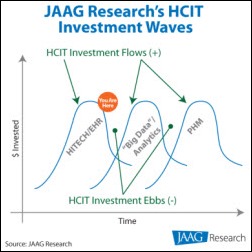 A population health management report created for institutional investors by equity research firm JAAG Research concludes that the big PHM market opportunities are at least 10 years away; that lack of data standardization, timeliness, and completeness makes a “Big Data Mess;” and on the CommonWell Alliance “Maybe it’s just us, but all of this soft, ‘.org’ alliance, love-in, ‘we’re in this together for the good of the patients’ blather sounds more like a plan for each vendor to appear collegially engaged from a public policy perspective while keeping the government from forcing a solution on the market. Meanwhile, each ‘member’ works on its own, potentially more profitable solution, outside of the auspices of the happy ‘.org’ shell.” It concludes that “PHM will require a reengineering – almost a complete rebuild – of the healthcare payment and delivery process as we know it.” It’s an excellent report and a tremendously fun read.

I found the Epic UGM tweets and photos above using the cool page that Vonlay built to curate the event. Look carefully and you’ll see Judy in her Avatar outfit.

Weird News Andy titles this story as “Doctor Gives Patient the Finger.” A Florida doctor grows back a man’s amputated finger by using a pig’s bladder as a mold.