CareCloud secures an additional $9 million from Adams Street Partners as part of its Series B financing round, bringing the company’s total funding to $55 million.

From Frank Poggio: “Re: certification scoreboard. Here we are just six weeks away from the termination of Stage 1 vendor Certifications on 9/30/13 and there are only six Inpatient EHR vendors with 2014 Edition Certified systems (aka Stage 2). They are: Epic, McKesson (Paragon only), Allscripts, Meditech, HMS, and CPSI. No-shows for full EHRs are Cerner, GE, Siemens, Healthland, QuadraMed, and NTT-Data (Keane). If you are running a Stage 1 Certified system on 10/1/13, it will be considered a non-certified product even though you’ve not changed a line of code. As I have said on this blog before, the process and details under 2014 are far more difficult than ONC would admit, and even today the test scripts are still changing. In fact, while working through some test data with several of my clients this week, we came across three situations where the test data is in error. When we brought this to the attention of the test labs they simply said, ‘We’ll notify ONC, but for now just ignore it.’”

From Dodging a Bullet: “With all the praise and glory for the soon-to-be former ONC head, you have to wonder about the timing of his departure. Does this really mean that MU2 will be pushed back and he doesn’t want to be at the helm when that takes place?” I can’t imagine the timing of Stage 2 would be enough to make Farzad leave. He’s been through Congressional grillings, has taken every kind of criticism there could be, and works for an agency that rarely sticks to dates it sets.

From Potha Cary: “Re: Allscripts tip of the week. Tells you how to look up a zip code on the United States Postal Service website. Asinine.” It would be nice if the app could do the lookup itself, but at least if not, they gave users good instructions that they may or may not need. I don’t see a problem with that.

Hot news from HIStalk Practice this week includes: the AAFP urges CMS to add a 12-month extension to the timeframe for Stage 2 MU compliance. MGMA-ACMPE adds almost 600 new members as HCA Physician Services joins the association. The majority of physicians believe EMRs have at least some positive impact on patient care according to an athenahealth / Epocrates survey, though 17 percent believe they worsen care. Thanks for reading.

Facebook reports that 128 million Americans and 24 million UK users access Facebook every day. A mere 278 of those are my friends, which happens to be a few more than Mr. H and Dr. Jayne but far less than the 2,271 who like our HIStalk page. We are collectively of the belief that you can never have too many friends, so send us a request and we’ll be happy to join your inner circle. If you prefer to keep it professional, you can connect with Mr. H and me through LinkedIn.

Welcome to new HIStalk Platinum Sponsor Symantec, which secures the IT systems and health information of medical practices, hospitals, and payers. Symantec Backup Exec simplifies backup and disaster recovery for practices. The company’s healthcare software solutions provide security, data loss prevention, HIPAA compliance automation, business continuity, and storage and infrastructure management (the list of specific products is surprisingly long, and Mobile Management is probably worth a look, as is Endpoint Virtualization for managing applications and standardizing single sign-on). Many of these tools are available as free trial downloads. Thanks to Symantec for supporting HIStalk.

Surescripts network members have always been able to communicate with each other through the network directory, but Miller says that “communities of networks have significant populations we need to reach.” Now that Greater Rochester RHIO is on the network as one of the 19 new participants, for example, any of its members can communicate with any member of the Surescripts network and vice versa. Surescripts is paid by hospitals and EHR vendors, who may or may not pass along charges to their own users, but there’s no extra charge to use the gateway.

Miller says the connectivity marketplace consists of HIE applications that poll EHRs to get information and send messages and EHRs that can exchange information within their own vendor-specific network or through partners such as Surescripts. The EHR-based solutions allow that communication to be integrated into user workflow, so that an Epic user discharging a patient can look up a provider in the directory and send a message out without launching another mailbox-type application. Miller says over 600 EHR vendors are connected to its network.

I asked how this type of messaging could support population health management. He says networks need to support three models: (a) a push or message-based model; (b) a pull or query-based model; and (c) a publish model, such as moving data to a repository to support managing populations. The benefit to patients, he says, “is to get rid of that clipboard you get at the practice. Let the doctors become more proactive. Take cost out and improve quality.”

Imprivata announces that Q2 bookings grew 30 percent and headcount was increased to 250 with the addition of 48 new employees.

A stock analysis firm starting its coverage Quality Systems with lukewarm enthusiasm claims that the company’s customers, and presumably those of other EHR vendors, are being lost to enterprise vendors such as Cerner and Epic as hospitals acquire practices. 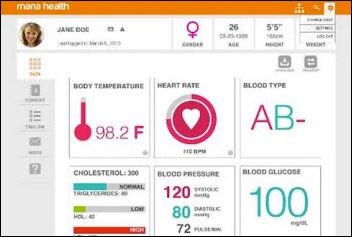 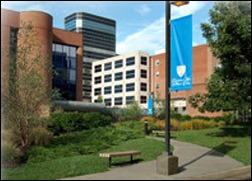 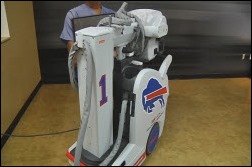 The NFL’s Buffalo Bills will implement medical imaging technology from Carestream at the Bills’ Ralph Wilson Stadium to provide early detection and monitoring of brain injuries.

John Halamka,MD is named to the board of Imprivata. 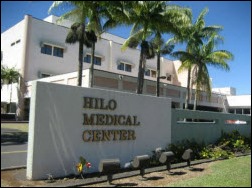 Prime HealthCare Services will connect its 23 hospitals to the Inland Empire HIE, which is based on the Orion Health HIE platform.

Weird News Andy concludes about a story he titles “En Fuego” that, “Well, they are part of the fire department.” Two Washington, DC ambulances catch fire in separate incidents on the same day, fortunately with no injuries. WNA also likes this story, in which a surgeon intentionally lied to a patient for reasons unknown in claiming that he had removed her brain tumor, when in fact he had not. 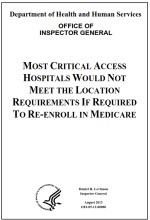 An OIG audit finds that Medicare paid $449 million too much in 2011 to hospitals that shouldn’t be considered critical access hospitals because they aren’t in rural areas and aren’t far from other hospitals. States were allowed to override the location criteria until 2006; OIG says it’s time to take their exemptions away and CMS seems to agree.

Now here’s an app I’d use. A group of New York University researchers has developed a mathematical model to help identify which preventive measures would most improve a patient’s life expectancy. Responding to the challenges physicians face when trying to address the mass of preventive recommendations that exist, they hope to integrate the model into EHRs to prioritize guidelines on an individual basis. It’s not ready for prime time, but I’m seriously intrigued.

An app that is actually on the market, “Health through Breath – Pranayama” includes controlled breathing exercises intended to relieve tension and promote relaxation. I wish I could have beamed it to the attendees of a meeting I was in the other day because everyone was keyed up and irritable. Its topic: the cost of ICD-10 readiness.

Speaking of apps, Medical Economics releases its list of the top 10 apps physicians recommend to their patients. Four of the 10 are diabetes related, which parallels the percentage of patients I seem to be seeing.

The National Uniform Claim Committee publishes its transition timeline for the new CMS 1500 claim form. The timeline meshes with Medicare’s and proposes that payers begin accepting the new form in January 2014 with a dual-use period through April 1, 2014 when the new form is required. I may have mentioned this before but it’s worth mentioning again – I don’t know how a lot of providers keep up with this and I’ve gotten quite a few questions on it in the last few weeks. 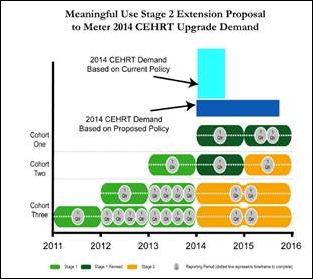 The American Academy of Family Physicians proposes a revised Stage 2 compliance timeline for Meaningful Use. The proposal actually includes three different revisions depending on whether 2014 is your first, second, or third/fourth payment year.

It’s not just a photocopier any more. Affinity Health Plan settles with the US Department of Health and Human Services over HIPAA violations. A returned leased copies rwas later sold to the CBS television network and investigators checking the hard drive found protected health information belong to over 300,000 patients. According to the documents, Affinity didn’t include photocopier hard drives in its HIPAA risk analysis as required. Show of hands: who is pulling out their risk analysis right now to double check? The FTC’s guidance on copier hard drives is here for your reading pleasure.