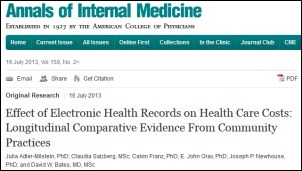 A Massachusetts eHealth Collaborative-sponsored study finds that EHR adoption by doctors in three communities generated no statistically significant per-member, per-month cost savings, although EHR usage appeared to be associated with less-rapid cost increases. Participating communities were chosen as having the highest likelihood of EHR success by MAeHC, which also paid most of their system and implementation costs. The most commonly used systems were from Allscripts, GE Healthcare, eClinicalWorks, and NextGen. Insurance cost information from 2005-2009 was used.

From Jessica: “Re: speakers. I love HIStalk and am an avid reader. Can you recommend speakers that you’ve seen and liked?” I haven’t heard many lately, so I will defer to readers. Who stood out?

HIStalk’s seven millionth visit was logged Tuesday morning. Thanks for contributing to that number.

Welcome to new HIStalk Platinum Sponsor CareWire. The Excelsior, MN-based company’s mobile solution improves outcomes and loyalty by engaging patients in timely communication that is tailored, thoughtful, and relevant. It sends mobile messages that are encounter-specific, personalized, and perfectly timed: patient instructions, arrival information, and links to services or provider-specific content. The result for providers is a reduction in the cost of no-shows, fewer manual interventions, and improved outcomes and reduced risk. According to the executive director of an outpatient surgery center, “CareWire is like air traffic control for my patients.” The SaaS-based solution requires minimal interfacing – just send it a daily flat file and it’s happy. CareWire’s proprietary rules engine identifies the patients and their mobile numbers, determines the appropriate messages to send, and allows authorized users to send their own messages directly to patients. Templates are provided for appointments, procedures, and case-based episodes that span visits and procedures. Thanks to CareWire for supporting HIStalk. 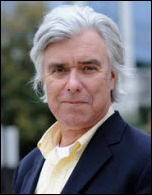 I’m really enjoying Pepperland, a fun novel about music, anarchy, computers and sexual freedom in the 1970s. The Amazon reviews include a quick one I wrote that compares its detail, in-jokes, and pop culture to something Stephen King would have written without his bloated excess and often ridiculous supernatural themes. The author is the amazing Barry Wightman, writer, musician, voiceover guy, and VP of marketing for Forward Health Group. I hardly ever read fiction because it usually annoys me and I have a microscopic attention span, but Pepperland is a blast. 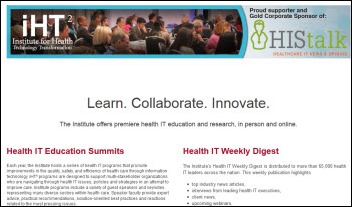 I usually notice when a company is proud enough of sponsoring HIStalk that they say so on their Web page. The iHT2 folks do and I appreciate it. I keep thinking I’ll attend one of their Summits since readers have told me good things about them. 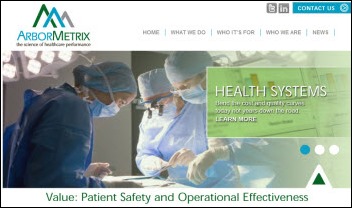 Caremerge, a developer of communication and care coordination apps for seniors, raises $2.1 million in Series A funding. 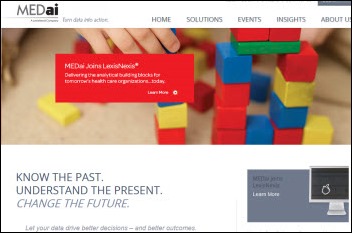 Reed Elsevier Group will move  Elsevier/MEDai to its LexisNexis Risk Solutions business unit, where it will join the acquired EDIWatch as a fraud and abuse solution.

NPR profiles Cerner in an EHR series it’s running, pointing out its HITECH-fueled employment boom in which 3,000 employees were hired in the past two years. 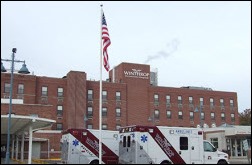 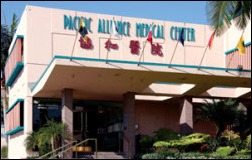 Harris Corporation will use Symedical Server from Clinical Architecture to enhance terminology management, interoperability, and data normalization in its HIE and clinical integration solutions. 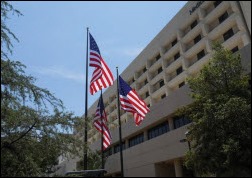 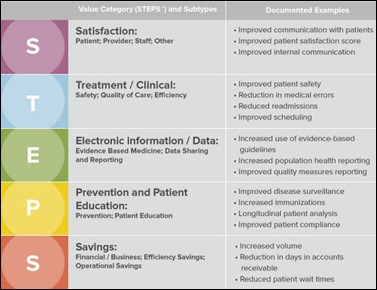 HIMSS introduces the HIMSS Health IT Value Suite, a knowledge repository that classifies, quantifies, and articulates the clinical, financial, and business impact of HIT investments. In reading the press release and details on the HIMSS Website, it appears that HIMSS is positioning it as an industry resource as opposed to a product or service available for purchase. 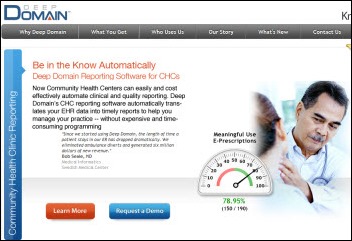 Deep Domain releases Version 3.0 of its EHR reporting software. It charges $78 per provider per month for a reports subscription.

Only 18 of the 32 first-year Pioneer ACOs reduced Medicare costs in their first year, though all improved their quality measures. Seven of those that did not produce savings say they will switch to the Medicare Shared Savings Program, while two others will leave the program entirely. While the Pioneer program rewards providers for shared savings, the majority of a provider’s patients are likely still covered by traditional fee-for-service contracts. 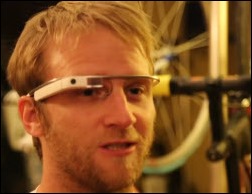 A video by Vonlay’s Steve Knurr, Google Glass Explorer, records cycle racing using the device. He plans to help develop a heads-up cycling display that will include bike telemetry, biometrics, and race information.

It’s not all Google Glass in the computing eyewear field. Italy-based GlassUp, running its launch campaign on Indiegogo, will offer a camera-free and more stylish alternative that will cost only $399 ($299 as a Indiegogo donation, or $1,500 for 10 pairs right off the first production run.) They will also offer a prescription version for those who already wear glasses. 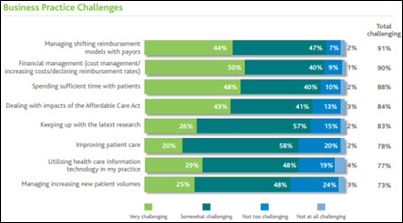 The healthcare business intelligence market lacks a clearly perceived leader, according to a KLAS report. Large BI vendors such as IBM, SAP, Microsoft, and Oracle command the largest mindshare, but the lack of sufficient healthcare focus leaves most providers with unmet needs. 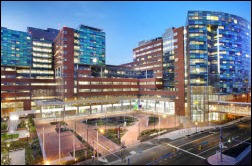 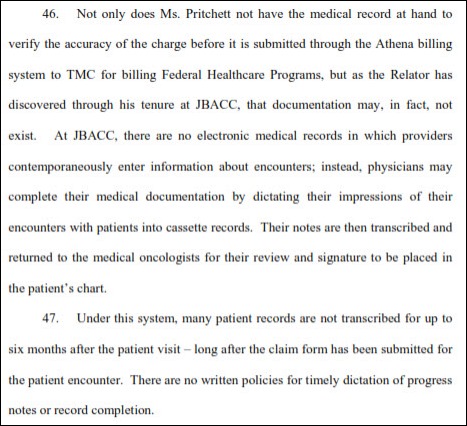 The top administrator of a Georgia cancer treatment center files a whistleblower lawsuit claiming its health system owner overcharged the government by upcoding claims. It also charges that Columbus Regional Healthcare System essentially pre-paid a referral kickback by intentionally overpaying for a local cancer center it bought for $10.5 million; that its medical director modified the medical record to justify higher charges because he was upset at a potential income loss caused by regulatory changes; and an insurance company executive who sat on the hospital’s board threatened to withdraw his financial donations to the hospital if the medical director were to leave in a contract dispute.

A Wall Street Journal article covers hospitals that use big data, specifically The Advisory Board Company’s Crimson platform, to encourage higher-quality, lower-cost physician behavior by showing doctors how they compare to their peers. 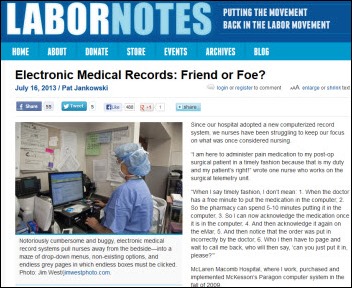 A labor publication editorial written by a union-represented RN complains that EMRs “are getting in the way of the fundamental work nurses do.” She says that the union understands benefits of EMRs, but doesn’t want nurses “to become lost in the land of acronyms, drop-down menus, non-existing options, and endless grey pages in which endless boxes must be clicked.” She concludes that her employer needs to replace McKesson Paragon with a system that “fulfills both the legal compliance needs and the needs of the patients who are hospitalized for competent, attentive, and effective nursing care” The author has previously argued that nurses should work for independent agencies rather than directly for hospitals. 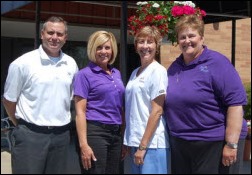 The Judy Maple Foundation will hold a charity golf tournament on July 27 in East Springfield, OH hoping to raise money for the Charity Hospice of Wintersville to replace outdated computers for use with its EMR.