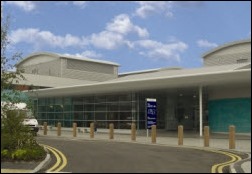 From Zaphod Beeblebrox: “Re: Allscripts. The second successful activation occurred this month for Allscripts in a UK NHS hospital. This one was on time and on budget. The previous one (Salford) was three months early and on budget. Almost unheard of in the UK NHS marketplace.” The announcement from Liverpool Heart and Chest Hospital says it went live on Sunrise 15 months after their project started. UK hospitals are indeed tough customers as vendors always underestimate the localization challenges, so those Allscripts accomplishments are significant. Sunrise has always been a good product but under iffy executive leadership. The challenges for Sunrise going forward are integration, since Cerner and Epic usually tromp Sunrise easily in that regard, and wariness of the company by prospects after the previous management ran the Allscripts ship aground. A lot hinges on North Shore – LIJ, which is probably locked in no matter what because of the money and energy they’ve spent. I’d want them as one of site visits if I were a prospect, making sure to veer off the planned hospital itinerary and seek out frontline clinicians since Sunrise should excel in that regard. I’d really pay attention to the medication management aspects. And watch those KLAS scores, which if the company can turn itself around, should start to move up a couple of quarters from now. 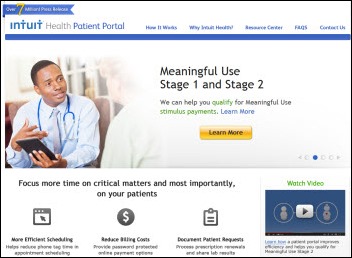 From Indoor Privy: “Re: Intuit Health’s patient portal business. Allscripts and others are in discussions to acquire. More details may be coming Monday.” Unverified. I’ve always been amazed that Allscripts put its entire practice EMR strategy at risk by choosing a third-party patient portal in the former Medfusion, acquired by Intuit in May 2010. Intuit was apparently looking for some kind of consumer finance play that would be complementary to Quicken, but like most big companies toe-dipping in healthcare, their impact was minimal and the healthcare business is rumored to have never made a profit.

Two-thirds of poll respondents don’t routinely take all of their PTO. New poll to your right: should McKesson’s customers care that John Hammergren’s pension will be at least $159 million? Your“yes or no” answer isn’t descriptive, so click the comments link after voting and explain your thought process.

Johns Hopkins Medicine will work with Walgreens to open a new East Baltimore, MD drugstore that will develop health and wellness programs for all Walgreens locations, including offering non-emergency urgent care services delivered by nurse practitioners backed up by Hopkins primary care doctors. It’s a brilliant move since chain drugstores have a massive geographic footprint and often serve as the de facto shopping center for urban areas, allowing Walgreens to scale offerings without additional fixed costs or overhead. The company can make money even if the urgent care service doesn’t because, unlike other medical facilities, a Walgreens store has a lot of higher-margin products to sell to cash-paying customers. It’s also nice for locals because of easy access, shorter waits, and lower cost. High-margin, ambitious, and scandalously inefficient hospitals keep erecting higher and more-expensive figurative walls around themselves and are buying up all the physician practices, so the best hope for affordable, accessible care and health advice may well be chain drug stores.

It turns out that BlackBerry’s Phoenix-like rise from the ashes has been mostly hype so far, as the company admits that sales of its new products failed to stave off a Q1 loss and will likely result in continued losses in Q2, sending the stock into the toilet Friday down 28 percent for the day. The exuberant analysts are now back to business as usual, i.e. wondering what the flesh-picking buzzards might be willing to pay for the pieces and parts in a fire sale.

A ED medical scribe company touts its success at two Arizona clinics that use its services to avoid having its doctors waste time documenting in the EHR. According to an orthopedic surgeon at on of the clinics, the scribes “may will have saved the clinic by helping with the implementation of the new EMR.” 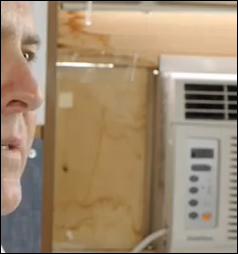 I’m intrigued that in the promotional video above there’s a cheap, in-window air conditioner behind Kevin Parks, MD, medical director of San Antonio Community Hospital (CA), that appears to be held in place by badly cut plywood and what looks like Scotch tape (00:20).  They’re expanding the ED to 52 beds, with the opening scheduled for this year, so it’s probably a temporary solution (and looks like it.) 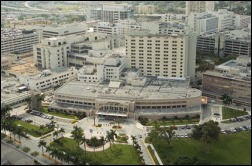 Jackson Health System (FL) want taxpayers to provide $830 million for facility and equipment upgrades over the next 10 years, including $130 million for computer software and hardware. The health system hopes voters will approve a property tax increase to pay for the improvements, which it says will make it competitive.

The widow of a UPMC-Mercy Hospital (PA) diverticulitis patient sues the hospital for not performing surgery on her husband over 15 months’ of treatment before his lower intestine burst, claiming that the man’s medical record was flagged with a note that he had no insurance.

A Nebraska medical practice notifies more than 2,000 patients that their demographic information has been exposed when the doctor loses the thumb drive that he wore on a lanyard a round his neck.

Long-time HIStalk friend Dave Miller, vice chancellor and CIO of University of Arkansas for Medical Sciences, explores his artistic side by playing a variety of ensemble roles in a North Little Rock, AR community theater production of “Jesus Christ Superstar.”

Vince wraps up his Epic HIS-tory this week, ready to move on to Siemens in next week’s edition. 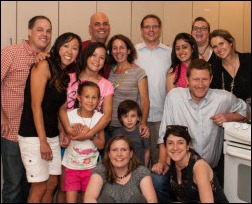