From HITEsq: “Re: Epic. It appears they aren’t happy with some consultant, suing two individuals and three similar sounding entities (KS Information Technologies). They were granted a motion to seal the complaint to protect sensitive information. Maybe someone knows more.”

The government should get more proof that providers have met Meaningful Use requirements before sending them a check, according to 72 percent of poll respondents. New poll to your right: should FDA create an Office of Wireless Health as proposed by Rep. Michael Honda (D-CA)? I’ve generously included a “don’t know/don’t care” option for those anxious to participate despite indifference to the topic.

My latest Spotify playlist includes the usual mix of music I like, including Villagers, This Providence, Gov’t Mule, Faith No More, and going back decades, Mountain, Throwing Muses, and even the virtually unknown 60s Detroit band Frijid Pink. I spend a fair amount of time choosing what I think is worth listening to and then play the list several times to make sure it makes sense, not that I’m in need of extra work. Give it a listen if you’re stuck in a musical rut. 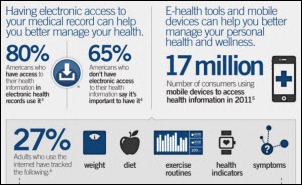 I never look at (and in fact am annoyed by) infographics, those trendy, huge, multi-font pictures that fool short attention span Internet skimmers into thinking they understand a complex topic, often created by someone who hopes their agenda will be accepted as truth instead of opinion because it’s easier to stare at dumbed-down pictures instead of using your brain to read something more challenging and informative. If you don’t feel that way, cruise over to ONC’s EHR infographic for consumers. At least theirs is footnoted.

The secretaries of Veterans Affairs and Defense say they will present a plan in January to speed up the VA-DoD EHR integration. The planned go-live date of 2017 may be moved up.

Manitoba’s eChart HIE  will allow users to hide their information even though they can’t opt out of the service. It will contain prescription information, immunization histories, demographics, and lab results.

The Jewish Healthcare Foundation, the Pittsburgh Regional Health Initiative, and Health Careers Futures form the Pittsburgh-based QIT training center, funded by the foundation and the County tourism office. It will offer training to healthcare executives and workers on emerging technology. ONC Deputy Director Jason Kunzman is former CFO of the foundation. Also announced was the QIT Health Innovators Fellowship program for graduate students in the health professions, who will submit IT solutions for judging in a 10-week program.

Healthcare provider CIOs on the 2013 Computerworld Premier 100 IT Leaders list: 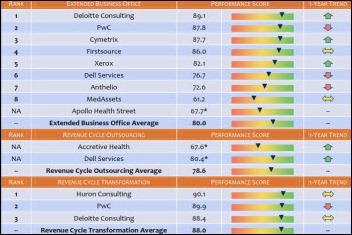 A new KLAS report on revenue cycle performance finds that Meaningful Use, reduced payments, and ICD-10 fears are forcing providers to examine their revenue cycles more closely for efficiency and effectiveness, with many of them engaging outside assistance.

RSNA attendance was down 9 percent this year, with possible reasons being lack of technology breakthroughs and a new policy that required guest attendees to pay. 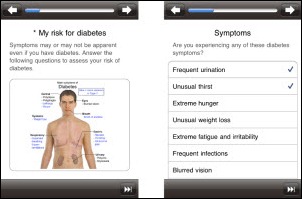 A technical school in the Philippines creates a telenurse training program, preparing nurses to offer their patient consultation services via smart phones. ClickMedix, an online health company is participating, offering the nurses access to its smart phone application, doctors, and medical library in return for a percentage of their billings. Experts say it’s time to create business models for nurses to become online health consultants. I tracked down ClickMedix, which turns out to be a US-based company (Rockville, MD) formed by faculty and students of MIT and Carnegie Mellon to address global healthcare challenges. The company’s mHealth platform offers modules for delivery of medical services, patient management, administration, and healthcare services purchasing.

Ergonomics researchers warn that the increased use of EMRs and other keyboard-based technologies for long periods of time raises the risk that providers will sustain repetitive stress injuries as happened when offices computerized in the 1980s. A small study found that more than a third of doctors reported RSI-related pain in their neck, shoulders, back, or wrists. In what could be an indirect measure of the uptake of EMRs, another small provider study found that more than 90 percent use a computer, averaging more than five hours a day. 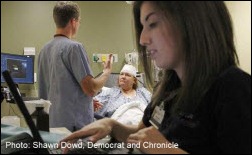 An article in the Rochester paper describes the use of contracted scribes in the ED of Rochester General Hospital, which says its 60 ED scribes cost $1 million annually but save the health system $1.6 million per year. According to the associate ED chief, “When you come to see the doctor, you want to see the doctor. You want eye contact. You don’t want us standing at a computer screen. I care for people. I’ve never been trained to be a good typist or a data entry specialist.”

An Atlanta nephrologist serving as the medical director of a clinic owned by dialysis provider DaVita files a whistleblower lawsuit against the company under the False Claims Act after noticing that its computer systems showed large amounts of wasted drugs. His suit claims DaVita overcharged Medicare for up to $800 million over eight years by intentionally using oversized vials of medication and discarding the remainder, billing Medicare for unavoidable waste. The doctor was noticed by his fellow whistleblower, a nurse who says the company was pushing employees to increase their drug revenue. The company says CMS approved all of its practices. 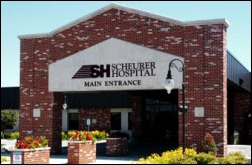 Scheurer Hospital (MI) renovates its patient rooms to include technology improvements, placing a computer in each room to allow nurses to document at the bedside. They also added a new patient call system that alerts nurses on cell phones.

The former executive director of Syringa General Hospital Foundation (ID) is sentenced to six months in prison and is ordered to pay $115,000 in restitution after pleading guilty to using the hospital’s computer system to transfer money to her personal accounts.

Aetna will pay $120 million to settle lawsuits claiming that it used databases from UnitedHealth Group’s former Ingenix unit to intentionally underpay insurance claims for members using out-of-network medical services. UnitedHealth paid $350 million in 2009 to settle a similar lawsuit in New York, at which time Aetna also settled by agreeing to stop using the Ingenix database and paying $20 million to help create an independently developed replacement for it.

Weird News Andy says he now knows how your mom always knew what you were thinking. Researchers find that a mother’s brain often hosts living cells from her children born decades earlier. WNA also digests new medical research as being an explanation for crazy cat ladies: a common cat parasite is found to have the ability to enter the human brain and to possibly cause behavioral changes.

More on CPSI in this week’s HIS-tory from Vince, putting it into current perspective by reviewing the MU success of its customers and how its practices parallel those of Meditech and Epic. Next up is NextGen’s inpatient division, so connect with Vince if you can help him out with background information.