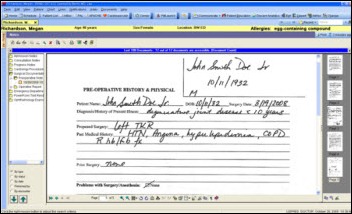 From Documented: “Re: Cerner Content360. Does this represent somewhat of a minor strategic shift for Cerner, or is just a re-branded aggregation of existing document imaging solutions (such as Cerner ProVision Document Imaging)? When I worked at Cerner (a few years ago), it was practically a cultural taboo to suggest the need for document imaging (especially clinically, as in meds ordering) because it stood in philosophical contradiction to CPOE and its closed-loop meds process. Anyway, I was just curious if any Cerner clients or other wise luminaries among the HIStalk audience knew much about it.”

From The PACS Designer: “Re: healthcare and Windows 8. In a past HIStalk post I covered Microsoft’s Healthcare in Silverlight software. Now, with the release of Windows 8, we get to see Microsoft Flexible Workstyle for Health utilizing Sharepoint for rounding and other data viewing. Partners HealthCare has an interesting case study demo that could generate an 80 percent reduction in desktop image management efforts.”

From HITEsq: “Re: Epic. Appears ready to file for review of the McKesson case. They filed an extension for their writ (i.e., the document where they asked the Supreme Court to take the case). Nothing is a sure thing, but my guess is this has a really good shot at being accepted. The Federal Circuit was really fractured and went in an unexpected direction. The Supreme Court is good at addressing these things.” This is the years-long legal battle over whether MyChart violates a McKesson patient portal patent. The appeals court’s decision in September troubled some legal experts who are uncomfortable with its interpretation that companies (Epic in this case) can be held accountable for “inducing infringement” even when the infringement itself hasn’t been proven. 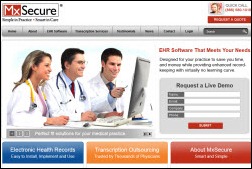 From MT Hammer: “Re: MModal. Word on the street is that they have acquired transcription provider MxSecure. No official announcement.” 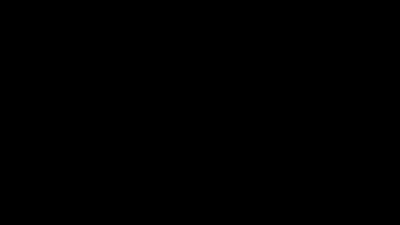 From Shhh: “Re: Epic. They must have finally chosen a new CFO – the job listing is gone from all the career sites.” I was slightly aware that Anita Pramoda was the company’s CFO, but I see from her LinkedIn profile that she moved on this year as a co-founder of California-based TangramCare (I guess she didn’t have to sit out a year). I can find next to nothing about that company except that it’s some sort of technology-enabled homecare provider. From a LA Craigslist job posting, she’s taken some Epic principles out West: the “do good” motto, the hiring of “brilliant people,” and the need for candidates to state their GPA in their application. The “who are we?” section says, “Healthcare today is conducted like a horribly inaccurate Markov chain. That is, each piece of healthcare is siloed from one another, at all times with incomplete information. None of pieces the mesh well, the left hand doesn’t know what the right hand is doing/has done. This results in inefficiency, inaccuracy and unbearable patient experiences. We wake up every morning working to solve this problem, make healthcare more affordable, and save lives.” Jim Sweeney, founder of Caremark, Bridge Medical, and CardioNet, is involved and talks about the company in the video above. He has an interesting point: hospitals were created to make it convenient for physicians to see patients, but being aggregated with other sick people isn’t so great for the patients.

Half of my survey respondents are indifferent to CHIME, while the remainder are equally split in seeing the organization as positive or negative. New poll to your right: which annual conferences do you routinely attend? Check all that apply and feel free to leave a comment.

Here’s new Spotify playlist of some odds and ends that might give you some new music ideas. On it: Toad the Wet Sprocket, Broken Bells, Veruca Salt, Neon Trees, and quite a few more. If you like country music, computer-generated dance tunes, classical, or jazz, you’re out of luck since I don’t listen to those.

Speaking of music, a reader sent a link to the early 1980s company promotion album You Respond to Everyone But Me: Songs for the EMT, which seems to be the only album dedicated to EMS. Stream some of the very well done country/bluegrass tunes and see if you agree with me that it’s way better than you would expect. I’m desk-drumming to #11 – EMS Express. 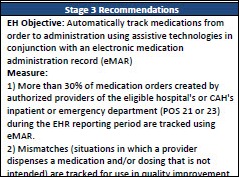 ONC publishes the Request for Comments for Meaningful Use Stage 3. The comment period will open this week on Regulations.gov and will end on January 14.

The Advisory Board Company’s e-mail policies are featured in an article about companies that encourage (or mandate) employees to stop checking e-mails after hours. CEO Robert Musslewhite, saying that “e-mail has gone too far and that is now impeding productivity,” also issued guidelines that include summarizing the topic in the subject line, limiting the number of recipients, and considering the use of instant messaging instead. The company imposed an e-mail moratorium over Labor Day weekend. 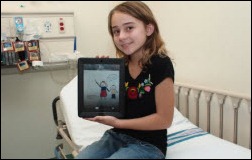 Lucile Packard Children’s Hospital (CA) provides iPads loaded with kid-friendly apps in all nine of its pediatric ED rooms. The unit’s director says that “one iPad is worth 10 milligrams of morphine.” Parents can also check e-mail and FaceTime with hospital specialists, guest services employees, and interpreters.

The Columbus, OH newspaper writes about Ohio hospitals that use EHR information to tailor their marketing campaigns to specific patient populations. At least one system (OhioHealth) admits that it screens out lower-income patients in mailings encouraging patients to schedule health maintenance visits. 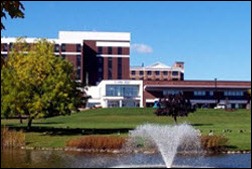 CVPH Medical Center (NY) lays off 17 employees after losing $400,000 in September, but says the cuts would have been a lot more severe had it not banked $3.2 million in Meaningful Use money that was counted as revenue.

A series of Greenway surveys finds that:

From the Investor Day transcript from the CEO of Quest Diagnostics, parent of MedPlus (ChartMaxx, Care360 EHR):

…We are redirecting our EHR Information Systems business. We believe that business needs to be focused on helping Diagnostic Information Services. We believe there is an opportunity for that business to complement enterprise EMR strategies that companies like Cerner and Epic and that McKesson have, and we need to participate in helping them with them and be with them when they present their strategy to integrated delivery networks in hospital systems. And therefore, we’re focusing the plan in the business around that segment in the marketplace and having a proactive program to work with the enterprise EMR companies going forward. 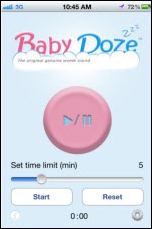 The $5.99 BabyDoze smartphone app plays Doppler-recorded mother’s womb sounds that the company says are 98 percent effective in calming crying babies. Its author recorded his wife’s uterine sounds in 1985 with the help of hospital staff, selling the original version as an audio tape.

A study finds that goofing off at work every now and then may improve work performance. Top-performing subjects in a four-hour simulation session of piloting military drones were found to have been distracted 30 percent of the time by their smartphones, having a snack, or reading something nearby.

Vince and Mrs. Vince have been re-honeymooning in Europe, so he compares how technology has changed in the 40 intervening years. He has returned and his regularly scheduled HIT programming will do likewise next week. 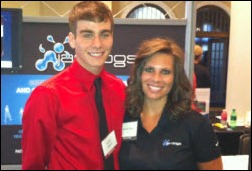