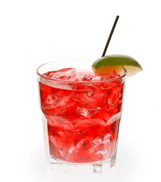 Bianca Biller and I recently traveled to a continuing education seminar out of town. Although the trip started out as a lot of fun (the flight attendant actually asked me for ID before allowing me to have an adult beverage), it quickly turned dark as we began discussing the challenges faced by ambulatory physicians.

Once again, there is a looming Medicare pay cut. Although Congress has overruled this annually since 2003, it’s nerve wracking to face the medical practice equivalent of the Fiscal Cliff. Based on our recent election cycle, I don’t have a lot of hope for a permanent fix any time in the near future.

Providers who haven’t yet gotten with the program are starting to see their e-prescribing penalties become reality. Although this shouldn’t be a surprise, physicians are still grumbling and generally behaving badly.

Bianca is seeing an increase in prepay audits for high level visit codes – claims are processed and denied (who doesn’t love a zero payment?) with a reason code that requests records. For physicians who don’t have savvy billing staff paying close attention to the reason codes, this could be a problem. Payers have different time limits for receiving the supporting documentation – the clock is ticking, so it’s key to be aware of the different requirements.

This is almost certainly fallout from the transition to HER. At least in our organization, providers are actually billing for the work they do and document instead of under-coding as they have been for more than a decade. It’s sad that this is perceived as potential fraud instead of a move to capture more accurate billing.

Although we’ve started to see some recovery in office visit numbers (which have been nationwide the last several years) the holiday season is upon us, which usually results in a downturn in productivity. Although patients have met their deductibles they’re busier and have less time to be seen for non-emergent issues. This is also the time when physicians and staff tend to take vacation, which can lead to increased charge lag. It’s important to make sure documentation is done and charges are billed to keep cash flowing into the New Year.

The “usual suspects” of ACO, PCMH, and ICD-10 continue to be wolves at the door. Hopefully your house is made of bricks rather than straw and you have your plans shored up to be compliant with the different nuances of each program.

There is one ray of sunshine on the horizon. Medicaid rule CMS-2370-F increases Medicaid reimbursement rates to equal Medicare for key specialties: primary care, general internal medicine, family medicine, and pediatrics. Although positive, it’s both a slap and a kiss in some markets where Medicare payments lag far below commercial.

Ultimately the trip was good, the weather was sunny, and we actually learned quite a bit at the conference. We also had time to discuss our projects and goals for the next year, which we never get to do at the office despite being in countless meetings together. Here’s to good friends, strong teams, and another year in healthcare.