MModal becomes a wholly-owned subsidiary of Legend Parent Inc., an affiliate of JP Morgan’s One Equity Partners, following the completion of Legend’s tender offer for all of MModal’s outstanding shares.

From PCP Doc: “Re: specialists. In my community, 40-50% of specialists are practicing primary care because there are too many of them. It makes coordination of care more difficult. One patient sees a cardiologist for blood pressure and another who had breast cancer two years ago sees an oncologist, radiation oncologist, surgeon, OB-GYN along with her primary care doc just to get a breast exam, mammogram, and CBC. Specialists have said they’ll do primary care if the pay goes up, but they’re a bit rusty at it.” I suppose that’s the downside of luring the procedure docs back into primary care – many of them have never done it and more than a few are probably going to be lousy at it because of personality type or lack of interest. Can you imagine retooling a cardiac surgeon into a pediatrician? 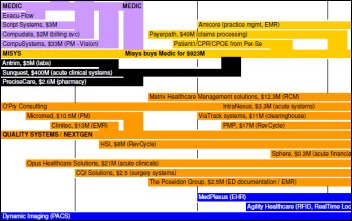 From Leopold: “Re: hospital software lineage. I’m looking for the link posted earlier this year showing vendor consolidation.” Constantine Davides of JMP Securities created the HIT family tree for HIStalk readers (parenteral alert: it’s full of HIT incest that spans decades.) I think he’s sorry he opened this particular can of worms since it was pain to create and then update with reader-suggested additions.

From Oh the Humanity: “Re: PlatinumMD. I heard they’re calling practices with a ‘courtesy call’ from the ‘Stimulus Recovery Department’ and asking to have the doctor call them back about ‘the doctor’s reimbursement checks that come from CMS.’ I can only imagine how they respond once they find out that the company is a MU consultant and not the government calling to reclaim their stimulus dollars.” Unverified, but their site does have a page called Stimulus Center.

From Nicole: “Re: hospitals forced to share records. Two New York hospitals were told by the state that their certificate of need requests for construction would be approved only if they join a RHIO.” Nicole sent the article over, which is available by registration only on the Crain’s site. The Department of Health’s Public Health and Health Planning Council told Hospital for Special Surgery and Memorial Sloan-Kettering that their construction projects (valued at $859,000 and $339 million, respectively) would be approved only if they agreed to join a RHIO, observing that they are the only two hospitals in New York County that haven’t already done so. Council member Jeffrey Kraut said, “The time has come to make all CON applications join,” and when another member said their reasons might be financial, Kraut shot back, “You mean Sloan-Kettering is too poor?”

Listening: Pentagram, after watching a documentary on Netflix about their singer’s 44-year drug addiction and the band’s recent comeback attempt after years of self-inflicted lack of commercial success and endless membership changes. I’ve played this magnificent song, recorded during a 1976 basement practice session on a cheap reel-to-reel recorder, least 100 times in the last three days because it sends chills up my spine (it really kicks in at 1:50). Pentagram is like a mix of 70s heavy metal bands from my vinyl collection that you’ve probably never heard of, like Captain Beyond, Sir Lord Baltimore, and UFO. I may get a Pentagram tee shirt as my tribute to non-conformist failure in the presence of ample talent.

The Outsource Group, an RCM provider for hospitals, acquires XAM/MAX, a provider of self-pay collection and insurance follow-up services. 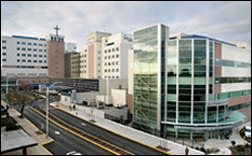 University of Iowa Hospitals and Clinics chooses Voalte’s iPhone-based communications system for use throughout its facilities.

Home health software provider Procura appoints Rebecca MacKinnon VP of US sales. She was the founder of BeyondNow Technologies, which was acquired by Cerner in 2003.

PracticeMax, a provider of practice management services, announces the retirement of Rick White as president and the promotion of Patrick Lukacs (above) from VP of software services to VP of operations.

HealthBridge and the Greater Dayton Area HIN announce the launch of secure, electronic transmission of immunization data from two primary care practices to the Ohio Department of Health. 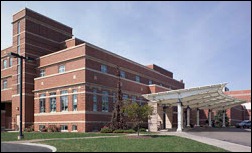 Healthcare Quality Catalyst says its data warehouse solutions sales increased by 1,100% in the first half of 2012 vs. 2011. 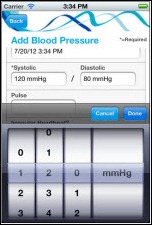 Microsoft announces release of an iPhone app for its HealthVault personal health record, which also includes a list of compatible apps such as iTriage and CareCoach.

The Department of Defense and the VA eliminate an RFP requirement that proposed pharmacy systems for their combined EHR use First DataBank’s drug database.

In England, the Department of Health and the trade department will encourage hospitals to open clinics abroad under the NHS brand to bring in additional revenue. They want to model their services after Mayo and Hopkins in providing services in India and China under the direction of Healthcare UK, an oversight board that has already been created. 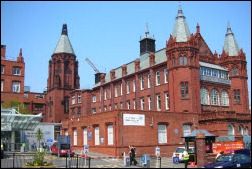 In the UK, Birmingham Children’s Hospital is testing car-monitoring software that was developed for McLaren’s Formula 1 racing team. Input from 130 sensors provide 750 million data points during a race (fuel use, temperature, and tire wear) and the hospital is using it to monitor the vital signs of its pediatric patients. Says a PICU doctor, “Formula 1 engineers do lots of real-time monitoring during races and look at performance and modeling to see when they should change tires and have pit stops. They’re predicting, essentially, which we don’t tend to do in healthcare. Although we can see what is happening at the bedside, we can’t see trends over time.”

Sotera Wireless receives 510(k) clearance for its ViSi Mobile wireless vital signs monitoring system, whose body-worn sensors use hospital WiFi to allow monitoring to continue as the patient is ambulating or being transported. The company says the device’s output can be sent to an EMR.

Hospital leaders rank WellPoint the worst health plan in the country, with BlueCross finishing last based on payment rates.

A former Florida Hospital Celebration ED employee is arrested following accusations that he sold the information of 700,000 auto accident patients to chiropractors and attorneys.

Sunquest held its annual executive summit on August 6 as the kickoff of its user group meeting, with presenters that included CIOs Dave Pecoraro of Exempla Healthcare and Allana Cummings of Northeast Georgia Health System along with Steve Lieber, CEO of HIMSS.

An article in The New York Times describes the secretive use of e-score, a “digital ranking of American society” that’s calculated as people cruise the Web. The CEO of eBureau says his product can predict whether a given person is likely to be a good or bad prospect in less than a second, scoring 20 million people a month and selling the names to interested companies. A spinoff uses similar information to decide which online ads to display. Clients send lists of sales leads they’ve bought, then eBureau extrapolates and adds details from other databases to generate up to 50,000 variables per person, which it then grades against similar factors for existing customers. Sounds harmless enough until they start selling scores to insurance companies or employers. 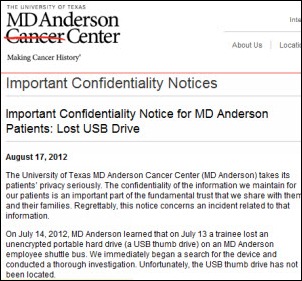 MD Anderson (TX) notifies 2,200 patients that their information was compromised when a trainee lost an unencrypted thumb drive on the employee shuttle bus. The feel-good part of the notice says they’re working at device encryption and have purchased encrypted thumb drives, probably hoping that nobody will remember that an unencrypted laptop was stolen in April that contained information on another 30,000 patients.

The State of California sues a plastic surgeon (who also apparently graduated from law school) for using strong-armed collection tactics on ED patients whose insurance doesn’t cover the full amount of her bill. She has sued more than 50 patients, taken out liens on their homes, and damaged their credit ratings, the state says. Her attorney admits that she is “very persistent” in her collections effort, but says she’s entitled to be paid. Other attorneys say so called “balance billing” isn’t common the ED because the patient doesn’t really have a choice about who to see, plus California law specifically requires doctors to settle their payment disputes with the insurance company and not the patient. Her lawyer has an answer for that, too: the patients were stable in the ED, so these weren’t emergency situations.

And administrative director at Maine Medical Center sues his employer, claiming they fired him for speaking out against the tradition of taking sports medicine residents attending an out-of-state conference to strip clubs. He says the hospital retaliated by moving his office to the attic of an old building that has bats. The hospital says he wasn’t very professional in raising his concerns, piping up at a department leadership meeting and addressing a physician in attendance, “So, what do you want to tell us about the lap dances at your conferences?” 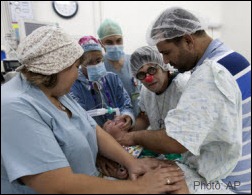 Strange: a hospital in Israel recognizes clowns as members of the healthcare team, with up to 20% of surgeries featuring pre-op clowns to reduce tension and thus the amount of anesthesia required. A study found that in vitro fertilization success rates increased from 20% to 36% if the patient received a pre-procedure visit from a clown dressed as a bumbling chef. An American doctor says it probably won’t work here since a lot of us find clowns annoying.