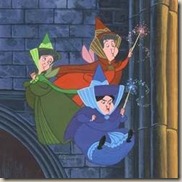 Mr. HIStalk, Inga, and I don’t get to see each other in person very often – usually just at HIMSS or in the odd instance our paths cross while traveling. It’s always a nice surprise though when one of them publishes on a topic that parallels something I’m doing at my day job. It happened this week when Mr. H ran one of his Time Capsule pieces on hospitals aligning with private practice physicians.

Not unlike other hospitals and health systems across the US, my employer is no stranger to the relaxed Stark anti-kickback rule. They’re using the EHR exception to offer a variety of subsidized EHR products to community physicians. One tenet of the exception is that the software being provided must be interoperable.

It would have been nice if the hospital simply offered the same EHR that the employed physician group uses so that we could all begin exchanging data immediately. This would potentially have had an immediate impact on reducing duplicative testing, ensuring referrals arrived with appropriate clinical data attached, and strengthening referral patterns. Throw in a couple of laboratory interfaces and it would have been a winner.

Instead, the hospital chose to do what Mr. H suggested and let the recipient practices choose their own EHRs. Trying to connect different platforms via point to point interfaces can be tricky, so the hospital decided to throw a health information exchange into the mix as well, promising quick connectivity. Community physicians chose four different EHR systems which vary dramatically in quality, comprehensiveness, and production of discrete data.

A wise CIO would have allowed third parties to implement these physicians on their systems of choice. Ever eager to curry favor with the various regional administrators and informal power-brokers, our CIO chose to form a “tiger team” to implement and support all four products as well as the yet-to-be-deployed HIE.

Several years have passed, and as you can imagine, the project has been somewhat of a mess. I’m glad I haven’t been involved and can’t believe they’ve staffed it with only three people. Frankly, I don’t know how those poor souls cope. I only have to deal with two EHRs (one ambulatory, one inpatient) and that can be a challenge in keeping up with different releases and features.

Even in ideal circumstances, I can’t imagine trying to learn, implement, and support multiple ambulatory EHRs. This team is not working under anything remotely close to ideal circumstances. They’ve had to cut corners just to stay afloat and haven’t fully implemented the features of even one of the systems.

Like those mentioned by Mr. H, the physicians taking part in this subsidy program are largely unreasonable and haven’t been terribly cooperative with practice reengineering or making sure office staff members are held accountable for learning the systems and using them correctly. They complain bitterly about how much money they’re spending (even though they’re footing between 15% and 30% of the total EHR bill) and how little they’re getting for it. Enter Dr. Jayne, who has been placed on temporary duty assignment to “find out why those doctors are so unhappy and fix it.”

I’m pretty sure the CIO thinks I have some kind of magic wand that I can just wave and make this whole thing go away. After visiting with a handful of providers, however, it’s going to be a lot more complicated. I’m pretty sure it’s going to involve the practice management and healthcare IT equivalents of a backhoe, a steam roller, and seven sticks of dynamite.

I’m not confident we’re going to improve things unless the providers learn to check their egos at the door and the practice managers start running the practices like businesses. The hospital administrators leading this project need to learn to hold the practices accountable. Even if all of these pieces fall into place, I still give it no more than a 50% chance of success.

Without a change to the regulations, the Stark exception is set to expire at the end of December 2013. The hospital administrators and the CIO are confident that the provisions will be extended. HIMSS has lobbied that the EHR exception be made permanent. Although I don’t see the government announcing any extension until at least 2013, I know of three people eagerly waiting for this project to die a timely (if not early) death. Depending on how long this “temporary” assignment lasts, I’m going to be counting down the days alongside them.

Have an EHR exception horror story? Have a fantastic tale of success? E-mail me.