Consumer Reports rates hospitals on safety in the August issue just published, with a surprising number of the big names omitted from the top. The safest hospital in the country, says CR, is Billings Clinic (MT) with a score of 72 on a 100-point scale. The worst is Sacred Heart Hospital of Chicago, which racked up a 16. At the bottom of their respective states: Central Florida Regional Hospital (FL), South Fulton Medical Center (GA), Wake Forest Baptist Medical Center (NC), Medical Center of Lewisville (TX), and Clinch Valley Medical Center (VA). However,they could only review 18% of US hospitals because of missing or inconsistent information (there’s another IT challenge if you’re up for one). Criteria were infections, readmissions, communication, CT scanning, complications, and mortality. You can bet that hospital marketing people are spinning the numbers even as we speak given that even the top-rated hospitals still scored low.

From Grizzled Veteran: “Re: e-MDs. Word on the street is that President and CEO Michael Stearns is no longer with the company. He’s no longer listed on their management page.” Unverified, but his bio has indeed been expunged.

From Jog: “Re: Baptist Memorial Memphis. A buddy told me they’re leaving McKesson for Epic.” Unverified.

The latest goodies from HIStalk Practice: attorney Jessica Shenfeld discusses four questions every physician in private practice should ask themselves. Hayes Management Consulting’s Rob Drewniak provides advice for practices to improve internal security and protect against security and privacy threats. Lawmakers introduce legislation that would allow behavioral health providers to participate in the MU program. AMA recommendations for practices weighing HIE options. If you are are not a regular HIStalk Practice reader, what are you waiting for? And if you are, thanks for reading. 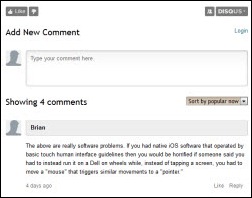 I replaced HIStalk Mobile’s comment function with a version that improves readability, allows logging in with Facebook credentials, supports easy subscribing to comment updates, and allows easy sharing of comments with social networking sites. It has other functions that I’ve turned off for now, but look it over on this post and let me know if you think I should install it on HIStalk as well. Try posting a comment, but just remember it’s like HIStalk in that incessant spamming from overseas has forced me to approve each comment, so you may not see yours immediately.

Listening: Black Bonzo, Swedish rockers that sometimes sound like 1970s hard-rocking but musically precise prog bands like Uriah Heep, Deep Purple, and Kansas with a bit of Anglagard mixed in. They’re sporting big Mellotron and Hammond organ sounds, always a plus in my book. And if you’re looking for something laid back and different but still proggy, try fellow Swedes Moon Safari.

Mobile health development tools vendor Diversinet names Bret W. Jorgensen (MDVIP) chairman of the board to succeed Albert Wahbe, who is retiring as chairman but keeping his board seat.

Doctors at Australia’s Gold Coast Health say their new clinical system is “totally inadequate and dangerous” because of log-in problems, delays in finding records, and lost information. A hospital spokesperson admits that the system is “very bare-bones” and “does some things particularly poorly,” but they don’t have the money to fix the problems. The hospital’s rollout was part of a $200 million Cerner project by Queensland Health, which was accused of fast-tracking its Cerner selection by intentionally wording its proposal to exclude other vendors. 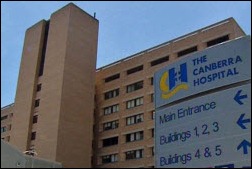 Also in Australia, a Canberra Hospital executive admits that the hospital changed dozens of ED records each day to make their publicly reported ED wait time stats look better. Auditors also found that the user accounts under which the records were altered were generic and had weak passwords that had never been changed. The auditors also noted that the iSoft system has a “feature” of not recording previous values when information is changed, making audit logs nearly worthless had the hospital checked them (which they hadn’t.) 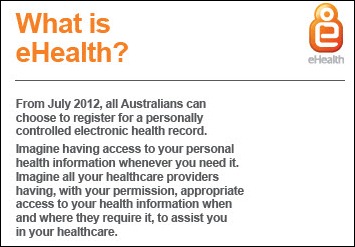 And in yet another Australia story, the government admits that its recently launched $480 million personally controlled health record system can’t accept patient names with hyphens, requiring online registration to be taken down right after go-live. Accenture gets the black eye, not only for that, but also because the system was hacked during development because of what the government says was sloppy Accenture security practices. Other reports suggest that Accenture completed only 40% of the agreed-on work by go-live. The president of the Australian Medical Association summarized the system’s launch as “throwing a paper plane out the window at Cape Canaveral.”

A newspaper in M*Modal’s home state of Tennessee questions why the company wants to sell itself for what some analysts are calling a too-low price of $1.1 billion, saying it’s worth at least $300 million more than that and that it would be better off pursuing its growth with a financial partner rather than a new owner. Several law firms are threatening to file the usual shareholder class action lawsuits that claim the company didn’t hold out for maximal shareholder return.

In Canada, Hotel-Dieu Grace Hospital rolls out a bed control smartphone app that displays available beds, expected discharges, and the length of time ED patients have waited for a bed.

Greenville County, SC pilots software in a program to triage low-acuity 911 calls to a nurse to determine if emergency response is warranted. The chief medical officer of Greenville Hospital System says that 5% of patients use 50% of the system’s ED resources, with 61 patients accounting for 1,000 visits in one year (with one patient racking up 100) and most of them weren’t really emergencies. They cite figures saying that connecting patients to a medical home, managing their care, and helping them with transportation and prescription costs reduced the ED visits by 26% and patient days by 55%. The county says 20% of the 911 calls it gets are for non-emergency situations, but it is still required to send an ambulance at a trip cost of $280. The software they’re using isn’t named, but is used nationally in the UK.

Methodist Dallas Medical Center (TX) suspends its kidney and pancreas donor program after transplanting a donated kidney into a patient who wasn’t next in line on the recipient list. The hospital blames human error – the donor ID number wasn’t matched to the recipient.

UnitedHealthcare launches its Blue Button program, which like the original VA program will allow its 26 million insurance enrollees to view, print, and download their health information by mid-2013.

Access to medical care isn’t a problem for some: the governor of Iowa is hospitalized “out of an overabundance of caution” after choking on a carrot and vomiting it up during a ceremony.

Only in America: a New Jersey woman hit in the face by a baseball at a Little League game two years ago says the 11-year-old catcher did it intentionally when he overthrew the pitcher he was warming up in the bullpen. She’s suing him for medical costs plus pain and suffering, plus her husband has added his own damages of loss of her apparently valuable consort to raise their demand to $500K. The boy’s parents, both Little League volunteers, say they’d like to beat the charges in court, but it would cost thousands of dollars and require the young players to take the stand. The Little League national organization has refused to get involved.

The AMA reports that through efforts to process health insurance claims more effectively, more than $8 billion has been put back into the US healthcare system. I’m not sure where the savings has gone. The report mentions that physicians had to spend more time on prior authorizations, adding $728 million in “unnecessary administrative costs and countless hassles.” I’m betting that much of the savings went into for-profit coffers.

No surprise: a study published last month found no association between patient satisfaction and a practice’s adoption of patient-centered medical home processes. A researcher states, “It may lead to better care for the patient, but some of these things maybe turn these places into factories.” Based on anecdotal evidence from the Medicare beneficiaries in my family, I don’t disagree. Team care results in less face time with their physicians. Even though patients get better diabetic care, they don’t perceive it as having as much value as chatting directly with their physicians (even about subjects unrelated to their care).

A bill recently passed in the Pennsylvania Senate moves the Keystone State closer to its first statewide health information exchange. Governor Tom Corbett plans to sign it, setting up the Pennsylvania eHealth Partnership Authority to oversee its development. The goal is a decentralized system to connect regional private HIEs currently under construction. 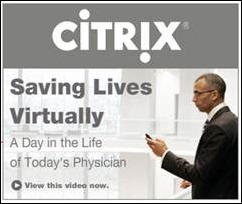 Citrix offers a video promoting the ability for physicians to always be accessible “whether it’s in the middle of the night or on their day off.” Grammar issues aside, I’m not in favor of the idea that physicians need to be accessible 24×7. I see too many burned out docs on a daily basis. New technologies allow them to access charts from everywhere, making them reluctant to sign out to covering partners. Allowing people time to unplug and participate in self-care activities is essential to promoting healthy caregivers. I know the kind of decisions I make when I receive a phone call at 2 a.m. while I’m on vacation, and they’re generally not at the level I want to deliver where patients are concerned.

For ambulatory EHR developers: a recent study finds that more than 25% of American teens have sent nude photos of themselves electronically. The authors suggest that physicians who care for teens ask them about sexting practices. It’s time to think about adding some new questions to those well-child visit templates, I suppose.

Quote of the day: “Harassment is supposed to be sexy. You’re not even doing it right.” Thanks to one of my favorite consultants, I was recently introduced to Better Off Ted. For those of you who haven’t seen it, the plot revolves around the R&D department of a soulless conglomerate. In some ways it reminds me of our industry. Episodes are 21 minutes long, which is just the right length to take a break but not feel like you’re idly wasting time.

Thanks again to all the readers who sent birthday wishes on Facebook, Twitter, and e-mail. It was nice to receive them throughout the day and they helped mitigate any dread of being a year older. I’m pretty sure being a CMIO ages one more rapidly than other careers. However, I’m content knowing that with age comes wisdom (or at least the sense of having been there and done that, and knowing how much heartburn a new project will bring when you see it coming 50 yards away).