ONC’s Director of Meaningful Use Joshua Seidman, PhD resigns to take a job as managing director of quality and performance improvement with Evolent, the ACO services provider spinoff of The Advisory Board Company and UPMC.

The Texas Department of Information Resources (DIR) signs a contract with PatientOrderSets.com to use its solutions in public and DIR-eligible hospitals.

Lenco Diagnostic Laboratories, a New York reference lab, implements EMRHub from Lifepoint Informatics, which allows it to distribute lab data to an unlimited number and variety of EMRs through a single connection.

Merge releases its eClinical OS Platform for capturing any type of data from any source and over any modality.

ONC releases a new version of its online Certified Health IT Product List that lists 1,700 EHRs and modules and includes several new features, including functionality to identify hybrid certified EHRs. 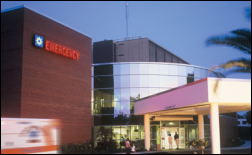 Winter Haven Hospital (FL) says it has pushed backed the full implementation of its EHR system from last spring until October 1 in order complete physician training. Cerner, I believe. 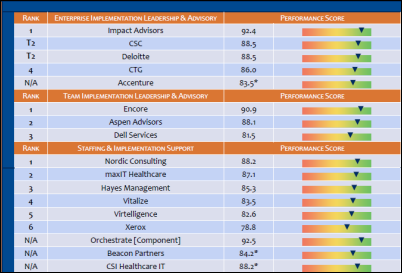 The Wall Street Journal covers the failed EMR implementation of 25-bed Girard Medical Center (KS), which says it paid Cerner $1.2 million and still can’t quality for Meaningful Use money (we reported its lawsuit against Cerner back in January). The hospital claims that Cerner didn’t include quite a few items in its $2.9 million agreement, but also admits that it didn’t understand the contract it signed and relied on Cerner to tell its executives what it covered. According to the CIO of the IT department (which had only two employees when the hospital signed with Cerner), the additional costs were only $100,000 over the term of the five-year agreement, but the hospital decided to stop paying Cerner to get their attention over poor service. They did – Cerner e-mailed the hospital to say it was walking away. Based on the skimpy description in the article, I’m siding with Cerner – the hospital didn’t do its due diligence, bought way more system than it needed or could maintain, and then tried to play tough over a price discrepancy of less than 4% of the total contract value. Granted some vendors (Epic) wouldn’t have sold a deal like that knowing the chance of success was minimal, but it’s not Cerner’s job to advise the hospital as a neutral party. If someone deserves blame other than the hospital, it’s the federal government for financially baiting providers into buying systems they otherwise had been wisely avoiding as a bad fit.

The president of CVS Caremark’s MinuteClinic says its retail clinics support continuity of care by giving every patient a copy of their medical record, sending their physician a copy if the patient approves, and integrating with practices by either sending them electronic information or (for the large number of practices that don’t have an EMR) a nightly batch fax.

An article by early Epocrates executive Michelle Snyder observes that despite all the technology being thrown at physicians, they’re less productive now than 10 years ago. She urges the use of simple technologies that, like Epocrates, are easy to use and save individual doctors time – no more, no less. Examples: HealthFinch (lets doctors delegate prescription refills to staff); ImagingCloud (Webex-like medical image collaboration); and Doximity (LinkedIn-like physician referrals and consultation).