Accretive Health sends a detailed response to Senator Al Franken, who is investigating the company’s hospital collection practices. The company says its primary purpose is to help patients by making sure they use the benefits to which they are entitled, also adding that the company follows HFMA guidelines, including making it clear that services won’t be withheld for financial reasons. Accretive says it complies with all federal laws, including HIPAA, and that all but one of its missing laptops was encrypted and that one was because a now-fired employee messed up. The company also hires a boatload of influential guns-for-hire former politicians to polish its tarnished reputation: former HHS Secretaries Mike Leavitt and Donna Shalala, former Senate majority leaders Tom Daschle and Bill Frist, and former CMS administrator Mark McClellan. Newt Gingrich on Line 1?

From MT Hammer: “Re: Transcend Services (now Nuance). Medical transcriptionists file a class action lawsuit against the company for labor law violations.” The 13 named transcriptionists claim that Transcend violated federal labor laws by paying them per line of text transcribed or edited but not for related activities such as looking up information, thereby dropping their compensation below the $7.25 federal minimum wage. I’m surprised that Transcend hired them as work-from-home employees instead of independent contractors, but maybe the company provides more direction than would be expected for a contractor.

From David Stock-Man: “Re: Quality Systems/NextGen. Anyone have thoughts on the company missing its numbers and shares getting crushed?” QSII announced preliminary Q4 results last Thursday, with expected revenue for the quarter of $107-111 million and EPS $0.24-0.27, blaming revenue recognition delays for missing expectations and issuing guidance down for the fiscal year. FY2013 guidance calls for revenue and earnings growth of up to 25%. Some folks on the stock message boards are crying foul, saying that pro traders were taking huge put positions in the shares right before the announcement, suggesting the possibility that word leaked out (without having any proof, of course.) Shares that were trading in the $45 range just a handful of weeks ago are down to $30. Above is a one-year graph of QSII (blue) and the Nasdaq (red). Shares have a long track record of steady growth, are now priced relatively cheaply, and the company’s margins are good, so if you’re feeling confident that this is just a bump in the road, you get to buy shares at a discount (and if you’re wrong, you get to lose even more money). All I know is that quite a few of the old-school EMR vendors seem to be failing to meet lofty expectations lately despite billions of taxpayer dollars being spent to help them sell product, so if not now, when?

Thanks very much to the 68 readers who donated to support the four young daughters of Epic analyst and long-time HIStalk reader Tim Dodson of Children’s Medical Center (TX), who passed away recently at 34. Including the three of us who matched $250 in contributions dollar for dollar, our total contribution was $5,495, which I’ve deposited to the fund set up by Tim’s wife Wendy for the girls, flagging it with a note saying it came from Tim’s fellow HIStalk readers. I covered the credit card fees, so every dollar you donated went directly to support the children. Those of us who chipped in know that it could have been us who died young and unexpectedly, leaving a family deprived of not only their loved one, but of their primary breadwinner as well. You did good.

The Trizetto Group announces that its subsidiary Gateway EDI has acquired NHXS, a provider of contract compliance and point-of-service adjudication workflow automation. Gateway will incorporate NHXS’s capabilities into its EDI and RCM offerings. 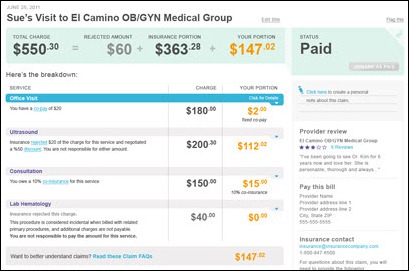 Simplee, which offers free online medical expense management tools for consumers, raises $6 million in a Series A funding round.

The State of Arizona contracts with Mosaica Partners for consulting help in updating strategic and operations plans for the state’s HIE. 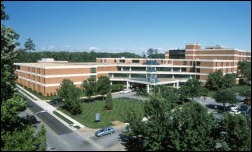 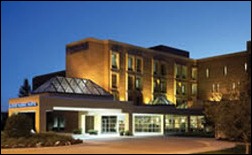 SoutheastHEALTH and Missouri Delta Medical Center join forces to build and manage a $3.5 million networking and data storage center for their organizations and other medical providers. Both hospitals will also install a $12 million Siemens Soarian system over the next year. 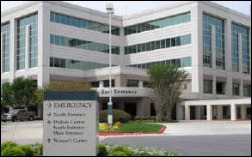 Aetna Pharmacy Management offers its members new services based on their prescription claims data: (a) switching to once-per-day meds when appropriate; (b) recommending trying a less expensive single component of a combination drug; (c) flagging prescription that have been taken longer than recommended; (d) sending prescribers a letter for daily doses that exceed that listed in product labeling; and (e) identifying cases where a new prescription may indicate that a previous one caused side effects. 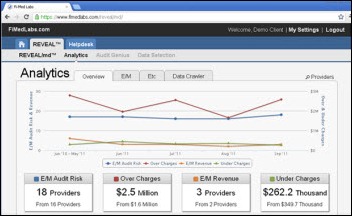 Medical billing and financial management vendor Fi-Med Management says it will expand its services and add 145 new jobs in the Milwaukee area. It says its new software can help hospitals identify over- and under-charging and avoid audits.

Allscripts will train and hire 40 City College of Chicago graduates, whose salaries will be paid by the City of Chicago for their first six months.

Cerner customer The Hospital de Denia achieves HIMSS Analytics Europe Stage 7, the first Spanish hospital and the second in Europe to do so.

A Northwestern Memorial Hospital (IL) employee is charged with identity theft after a police search of her home, triggered by her use of several credit cards to pay her water bill, uncovers the credit card numbers, birth dates, and Social Security numbers of more than 50 patients.

Last weekend I had the chance to snuggle with a relative’s new baby, which reminded me of this recent article. Laptop magazine compiled a list of 15 current technologies that newborns will never see, including wired home Internet, Windowed operating systems, hard drives, the mouse, desktop computers, and fax machines. If I had written the article, I would have put an asterisk by a few of them (desktops, fax machines) and added, “Not applicable to healthcare because providers are resistant to change.” 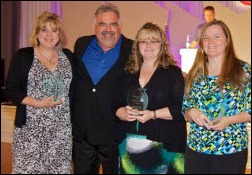