Clinical communications vendor Vocera prices shares for its Friday IPO at $16, above the originally announced range of $12-14. That price values the offering at $94 million, giving the company a market cap of around $300 million.

From Midnight Son: “Re: ICD-10 implementation delay. I’m hearing rumblings that ONC is mentioning a possible two-year hold. Have you heard anything?” I haven’t, but I will listen attentively to any reader who has and who wants to share. 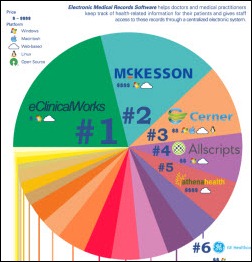 From Jay: “Re: Capterrra. Rates EMRs using a ‘popularity index.’” This is yet another example of coming up with information that looks impressive in eye candy form without really meaning much. Capterra decided that market share wasn’t useful because it favors more expensive solutions (not to mention that the company doesn’t have exclusive use of that data and it wouldn’t look as cool on an ever-so-trendy infographic.) They don’t like rating EMRs as “the best” since needs vary (which doesn’t stop companies that rate cars, colleges, and places to live.) Instead, they went with the lazy method of just grabbing a bunch of unrelated publicly available data and mixing it up to give a conclusion: number of customers, number of users, revenue, number of Google searches, number of Facebook and Twitter followers, and Web site popularity rankings. The end result may or may not reflect reality, but I would say this: any provider who lets a cute infographic influence their EMR choice is a fool (do you really want to change your professional workflow based on vendor Facebook likes?) However, in fairness to the company, healthcare IT purchasers do indeed often line up like docile sheep behind whatever everyone else is buying, so perhaps this reflects reality.

From Charlie Enicks: “Re: job change. I debated sending you a note before any rumor was posted — too late! I am leaving to go to Georgia Health Sciences University in Augusta, Georgia starting May 1. As you know the searches take quite awhile. Our Epic project is going well and is on schedule. My leaving for an opportunity that is on the East Coast and closer to family had nothing to do with the project. Happy to give further clarification if any questions arise. Keep up the good work!” Charlie, who is CIO at University of Mississippi Medical Center, will take over that role in Augusta. I told him it was too bad that he will just miss the Masters Tournament. He joked that he tried to get that included in his offer.

From Indigo: “Re: end-of-life decision app. Recommended by Forbes.” The Best Endings site, started by former entertainment reporter Kathy Kastner with input from healthcare professionals, guides people into living their lives optimally before dying. It includes HIT-related topics such as specifying wishes for DNR and life support. I didn’t get much from the site, but I did follow one of its links to Death 1, Medicine No Score from the Canadian Medical Association Journal, which was really good, though predictably not exactly upbeat.

Over on HIStalk Mobile, Travis has written an insightful post, Free isn’t Free, that has generated excellent reader response. Dr. Travis says he’s OK with having his personal information used by a free app vendor as long as he’s told upfront, although he’s uneasy with fast-growing startups who haven’t figured out a revenue model and may peddle data down the road. Cyndee has a problem with companies that sell claims data to carriers to help them dream up reasons to deny claims payment, while Margalit doesn’t like non-free apps that sell your data without your knowledge. Finally, HIT Project Mgr states that consumers should have all of their health information available without paying for it, no different than being able to check their previous Amazon orders whenever they want. Good discussion. Sign up for the e-mail updates while you’re over there if you want to keep up with excellent doctor-written news and opinion about mHealth.

Ross Martin MD, who actually has a day job (Deloitte) that doesn’t involve writing fun songs or appearing as Elvis at HIStalkapalooza, is recruiting industry folks to complete the 2012 Deloite-AMIA Health Informatics Industry Maturity Survey by April 20. They hope to conduct it each year as a benchmark about what’s going on with health informatics. I think it’s a great idea and I started the survey with enthusiasm, but I’ll be honest in admitting that I quit early – the estimated time to complete is 30 minutes and I just didn’t have it to spare. 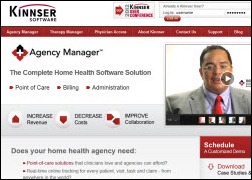 Predixion Software will present at a New York venture summit this week, discussing its predictive analytics solutions for payors and providers. The California company claims its Readmission Insight can predict up to 86% of readmissions. I Googled and found the above video interview with the company, filmed at the HIMSS conference in Las Vegas.

Former Carefx Chairman and CEO Andrew Hurd is appointed president and CEO of Epocrates. He takes over for Peter Brandt, who will step down as interim president and CEO and assume the role of vice chairman of the board.

Laurie Gehrt, former chief nursing officer of Cerner Consulting, is named SVP at B.E. Smith, where she will lead the company’s interim leadership and consulting groups.

NextGen Healthcare will resell Dragon Medical speech recognition software to its ambulatory EHR clients in an agreement with Nuance. 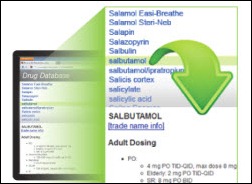 CMS reports that through the end of February, hospitals and EPs have been paid $3.9 billion as part of the EHR incentive program. That includes almost $1.2 billion to 84,005 EPs and $2.7 billion to 2,355 hospitals. 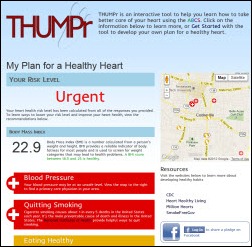 HHS awards $50,000 to the designers of THUMPr, an Web-based tool that allows users to create personal heart health profiles, as part of its One in a Million Hearts Challenge innovation program.

The Office of the Inspector General finds that Brigham and Women’s Hospital (MA) received $1.5 million in overpayments from 2008 to 2010, primarily because “the hospital did not have adequate controls to prevent incorrect billing of Medicare claims or did not fully understand the Medicare billing requirements.” The hospital’s official response notes that the organization has since implemented additional controls, performed training, and implemented a new pre-bill monitoring system and more robust claims scrubber system.

HIMSS lists the HIT-related effects if the Supreme Court finds all or part of the Patient Protection and Affordable Care Act to be unconstitutional. If the whole thing dies, with it go certain HIE provisions, ACO demonstration projects, extension of PQRI, and Center for Medicare and Medicaid Innovation. However, the court could also find that only parts of PPACA are unconstitutional (specifically the part requiring that everybody buy medical insurance) and the rest could remain intact. None of this would impact HITECH or the Medicaid EHR incentive program, both of which came from ARRA.

Contractors building the behind-schedule, 314-bed Orlando VA Hospital say the agency’s red tape and design errors could add $120 million to the original $665 million project cost. That would raise the final cost to $2.5 million per bed.

A Texas newspaper picks up on the year-old policy of Citizens Medical Center (TX), which bans the hiring of employees whose body mass index exceeds 35 (about 260 pounds for a man who is six feet tall.) The policy says a prospective employee’s physique “should fit with a representational image or specific mental projection of the job of a healthcare professional.” I personally enjoy the specific mental projection of George Clooney.

SCL Health System will move its headquarters from Kansas to the Denver, Colorado area, creating 750 jobs in accounting, billing, IT, and systems services over the next four years.

Board members of the Tennessee chapter of HIMSS create their own HIT workforce initiative, pledging on behalf of their employer organizations to offer 50 internships and 500 hours of collaboration with educators and students.

The Tampa newspaper covers competing interoperability projects that are underway, one led by big hospitals and the other by big medical practices. The president of the medical association says hospitals are too profit-oriented to share data among themselves. One orthopedic surgeon who was interviewed says he doesn’t really care which group prevails – he just wants to use his two-year-old EMR to exchange records with somebody.

Medline kicks off its 2012 Pink Glove Dance competition at the AORN conference in New Orleans Monday, with 1,000 OR nurses participating in the company’s Breast Cancer Breakfast.