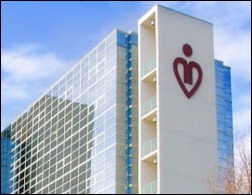 From Dr. Boogie: “Re: Gwinnett Medical Center (GA). Goes on total patient diversion due to a computer virus. Physician portals impacted, hospital systems shut down. News media says no patients were impacted. Using old fashioned paper until systems can be resurrected.” Verified. They’re using paper and runners, with campuses in Lawrenceville and Duluth still on trauma diversion this weekend after the virus was discovered Wednesday, meaning ambulances are being sent elsewhere. They hope to have the problem fixed by Monday. For the nerds among us, they were hit with SillyFDC, a worm that spreads on removable or mapped drives that have Autorun turned on. It supposedly spreads without doing harm, but having seen similar worms take down hospitals myself, I’d bet it generated so much TCP/IP traffic that the network bogged down, requiring field support techs to touch every PC with network nodes isolated to prevent the virus from propagating right back from another unfixed PC. One thing you learn: antivirus software on individual PCs can tell you if they are infected, but they don’t tell you at a network level which PCs are spreading it, so you end up looking for network traffic patterns and isolating devices one at a time. Thus, A/V tools are of limited benefit, especially if users just ignore their messages like they usually do.

From CC: “Re: Validus handheld e-prescribing tool. Has been acquired, but they won’t say by whom. An employee told me and said it was hoped the news would not appear in HIStalk, but loyalty to HIStalk got the better of me.” I assume that’s Validus Medical Systems, quietly acquired by Imprivata in July 2011. They offered a mobile order entry app for hospital physicians that Imprivata either isn’t marketing or hasn’t repackaged yet since I see no mention on Imprivata’s site. We can take joint responsibility for disappointing the folks who hoped not to see the news here.

From Petaler Dan: “Re: Quebec’s medical error registry. Here’s news on how hospital mortality rates have fallen, although it doesn’t cover Quebec. And here’s Montreal coverage on the report and how mortality rates have decreased significantly — scroll toward the end for quotes on surgical checklist implementation, which is reassuring.”

From McKesson Horizon Client CIO: “Re: McKesson. To employees affected by this latest turn of events, you worked very hard over the last several years and your dedication to the customer base did not go unnoticed. You are collateral damage from mismanagement and lack of a principled leadership. For the patients you helped me and my team serve, thank you and best of luck.”

From Uggams: “Re: GE and Microsoft. This is a Microsoft healthcare surrender flag. Somehow they convinced GE to help them bury the bodies. Michael Simpson’s only relevant experience was running Horizon Clinicals for McKesson, ironically mercy-killed the same day he was announced as CEO of the new GE-Microsoft home for dying products. Sentillion had solid, well accepted products, but was especially aggrieved by the meddling of its Microsoft masters, and now they are cast aside with products and vague ideas that nobody cares about.” That’s the biggest disappointment to me. Microsoft had insinuated that Sentillion’s products would find mainstream Microsoft use. Now it’s relegated to the group that includes some GE-Intermountain screwing around that never seems to provide any real, marketable products (are those Intermountain-led Carecast enhancements just about done?) and some GE products that, to be honest, I’ve barely heard of. I don’t think anybody really believes that Microsoft is growing its healthcare business rather than retreating from it, so that leaves GE’s track record as a nimble innovator to make something happen. But I’m going to stop being cynical and give them six months to show some progress, with my hopes that they really can do it. We need some new stuff to talk about since Epic and Meaningful Use are getting repetitive.

From Ex-Tele: “Re: TeleTracking. Anthony Sanzo, former CEO of AHERF, has stepped down as CEO of TeleTracking.” Verified by a company spokesperson. A search is underway for his replacement. The interim CEO is Michael Zamagias (above), board chair of the company.

From Booth Monkey: “Re: Meditech exhibiting at HIMSS. Something must have happened to get them back in. As a silver corporate HIMSS sponsor with mega-sponsor points, those of us who worked our way to the top of the exhibit booth selection process would start over by dropping out, so look for them back on the corner wall by the bathrooms. So it is with those who dare to thumb their nose at HIMSS, as it was in the beginning, is now, and forever shall be, HIMSS without end.”

Listening: I was in the mood for some slow-dance kind of doo-wop, one of my favorite musical forms even though it was popular only before my time and most of the original performers are dead now. Among my favorites: The Passions, Earl Lewis & The Channels, The Schoolboys, The Skyliners, The Excellents, and The Shields. I always plan to listen to just one song and end up playing them all afternoon. It’s a triumphant and truly American form of vocalizing, drawing from gospel and rhythm and blues and performed by untrained, uneducated, largely forgotten blue-collar part-timers crossing every ethnic and racial line who were working for nothing because record companies were robbing them blind (for many of the records, the performers are anonymous because nobody at the studio cared enough to even write down their names.) I defy you to listen to The Closer You Are, Just to Be With You, or  My True Story without joining in with your own background harmonies.

Thanks to the following sponsors (new and renewing) that supported HIStalk, HIStalk Practice, and HIStalk Mobile in November. Click a logo for more information.

We can learn two two facts from my last poll:  (a) around half of respondents went to the most recent HIMSS conference, and (b) about the same percentage will attend the next one. Not exactly earth-shattering news. New poll to your right: what do you think about McKesson’s Better Health 2020 plan as described by MPT President Dave Souerwine in my Friday interview? The great thing about having a lot of well-informed readers is that companies can get immediate and broad feedback that’s not available anywhere other than HIStalk, so here’s your chance to provide it (and feel free to leave comments on either the interview or the poll if you’d care to elaborate).

I don’t want to get into the placement business for displaced McKessonites who are among the announced 174 employees who may lose their jobs, but another company has already e-mailed me looking for high-level marketing people from there. E-mail me.

Speaking of HIMSS, HIStalkapalooza is on: Tuesday, February 21 at FIRST Food & Bar at The Palazzo in Las Vegas. I’ll have more later, including opening up of the invitation list sometime after New Year’s. Our soon-to-be-named sponsor is doing a great job with the planning and has bought the place out. We’re going for a fun but networking-friendly vibe. The stage show will include our King and Queen contests with Lindsay and Greg again; people running around in beauty queen sashes for no apparent reason; some kind of contest or charity fundraiser that Inga and Dr. Jayne are cooking up to which I’m not really privy (I suspect shoe-related activities, which is great for the guys since the ladies come dressed to kill); and of course the HISsies awards. Put it on your calendar and watch for the announcement in a few weeks.

My Time Capsule editorial this week from five years ago: Sounds Like Somebody’s Industry Has a Case of the Mondays. “Nobody seems to be innovating anything. Everybody claims big R&D spending, but the products are starting to all look alike, kind of a no-nonsense 1980s Soviet Union version of software by committee. Or it could be their customers, blaming everyone except themselves for poor ROI.”

Here’s a scoop from our official friends at Cerner: the company (like Meditech) will be exhibiting at the upcoming HIMSS conference after sitting out for a few years. I’ll be talking more with them soon to get the story. They said customers wanted to see them there, which doesn’t surprise me. 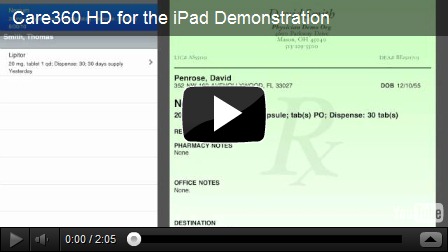 Quest’s Care360 EHR is named the top standalone e-prescribing platform by Black Book Rankings. Above is a demo of its iPad version, just because I happened to see it on YouTube and it’s new.

Some of my favorite “why doesn’t every vendor offer this” tools are plain old Google-like EMR search tools that physicians can use to get quick answers from electronic medical records. Mass General goes one step further with QPID, a semantically driven variant that can perform searches by concept and not just keyword.

Here’s an example of why you don’t want your company to go public: analysts warn Scottish CDM software vendor Craneware that if it doesn’t want to see its stock price drop, it needs to announce a big sale in the next three weeks. So is the message to give whatever ridiculous discount is required to convince a hesitant prospect to sign on the line which is dotted? Is that end-of-period timing so important that signing a money-losing contract quickly is still a good idea?

Here’s Vince’s latest HIS-tory, this time on boutique consulting firms. Dorenfest, Kennedy, Johnson, Weil, Levine … fascinating stuff. He names some 1985-era individual consultants and admits to never having heard of any of them – have you? It puts your own legacy and mortality in perspective when looking at names from just 25 years ago and wondering how their lives turned out, where they are today, and how their work fits against the backdrop of history.

Weird News Andy urges Hollywood to pay particular attention to this article since both smoking and breast enhancements are common there, fearing that the result during a strong wind could be “a nip in the air.” A plastic surgeon warns breast augmentation surgery patients to avoid smoking afterward since nicotine and carbon dioxide can disrupt blood flow and can “cause her nipples to turn black and fall off.” WNA also likes this story, even though he worries that patients might be admitted as brunettes and discharged as blondes: a new and promising method of room disinfection involves pumping ozone and hydrogen peroxide into a room to sterilize everything in it.

Inga asked our sponsors to share any charitable works, celebrations, or other notable holiday-related events going on at their places. Here’s one to get us started: BridgeHead Software and its 25 US employees donated $1,000 to Youth Villages Holiday Heroes, which matches the wish lists of disadvantaged children with sponsors who provide them. Kudos to them. 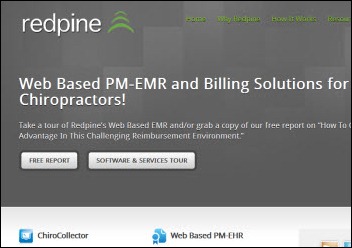 Employees of chiropractor PM/EMR vendor Redpine Healthcare Technology of Panama City, FL ask county commissioners to help them get overdue paychecks. The company’s CEO says he’s trying to find an investor, but employees were last seen packing up their cubes and nobody’s answering the phones. The county says it’s going after the $350K it gave the company to relocate there, which came with a guarantee the company would add at least 150 jobs over three years. The county has a lien on the software.

Struggling New River Behavioral HealthCare (NC), behind on payments to the guy who wrote some Meaningful Use enhancements for its eNotes mental health records system, faces loss of access to all of its records if it can’t pay up quickly.

Here’s one of the dumber articles that attempts to explain the Microsoft-GE JV. The article itself is obviously a typical no-value-added rewriting of the press release to make it sound like authoritative reporting, but how about that headline?