French IT services vendor Capgemini is looking for IT services acquisitions in the US, particularly in the healthcare sector. Says the CEO, “We are a marginal player in several of the key markets. For instance, we are non-existent in healthcare in the US, which I think is a mistake. So we need acquisitions.” You may recall that Cap bought Ernst & Young Consulting in 2000, stuck their name on it (above), then sold it to Accenture five years later after losing a ton of money. I worked with E&Y quite a bit at a previous hospital employer back in their heyday and they were excellent for strategic planning, IT governance stuff, and security work. I had a couple of occasions to work with Cap and they were clueless. 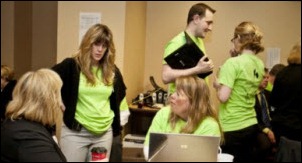 From Susan: “Re: Kettering Medical Center (OH). Went live on Epic May 1 on inpatient, ambulatory, and revenue cycle.” The video is here.

From CloseToEpic: “Re: Epic. Heard from a Madison, WI apartment owner that Epic has hired approximately 2,000 new employees who will be starting end of summer. Apartments filling up around Madison.” Unverified, but reasonable.

From WildcatWell: “Re: Google PHR dead. Told ya so. Give a brother some love! Your EMR/EHR insight is THE industry leader. Let’s get all your readers together – I’ll buy the first round.” WCW is a good information source, but I notice that his drink offer was made anonymously.

From Academic CIO: “Re: HIStalk’s eighth birthday. You have really created a resource that, on top of the insight, information, and perspective you deliver, has replaced the trade mags we used to read to try to get a handle on what was happening in the industry (and which were really only giving the vendor-approved view anyway).” I really appreciate those kind words – thanks. The best part about it is getting to connect with some really interesting people and to help bring a variety of opinions to the table.

Inga’s taking a semi-break, so I’m soloing this time around. She’ll be back shortly.

Vince Ciotti poses this (easy) question: “What vendor spends (wastes?) the most of its clients’ money on extravagant architecture and frivolous artwork?” Examples above from Vince’s collection.

Ed Marx added an update to his June 15 post with responses to reader comments.

Practice Fusion names Cora M. Tellez to its board. She’s the former president of Health Net and CEO of Blue Shield of California-Bay Region.

Mark Lederman, formerly VP/CIO at Interfaith Medical Center (NY), has been named VP/CIO at Chilton Hospital (NJ). We swap e-mails occasionally and he sent over the update, so congratulations to Mark.

Chicago mayor Rahm Emanuel announces that Allscripts will add 300 new jobs in the city by the end of 2012. The company will also host its annual user convention at McCormick Place starting next year.

A Bama Buddy find: a hospital reports that a batter’s box-type outline made of duct tape outside the rooms of infected patients helps reduce infections, reminding employees about contact precautions and giving them a safe zone in which they can still interact with patients without gowning up.

Allscripts announces Allscripts RCM Services at HFMA, which it describes as a cloud-based, outsourced business office for physician practices that is charged as a percentage of monthly collections.

CMS selects The Lewin Group for a project to reduce the number of hospital readmissions for Medicare beneficiaries and improve quality outcomes for patients transitioning from hospitals to other care settings. The company, which is part of OptumInsight, will receive $2.3 million for the first year of the five-year program.

California lawmakers put together a bill that would require clinicians to flag any information they change in electronic medical records. The bill originally required all changes to be identified by user and to let patients see changes to their own records, but those requirements were removed after big healthcare organizations expressed their opposition that California’s standards would then differ from federal standards. 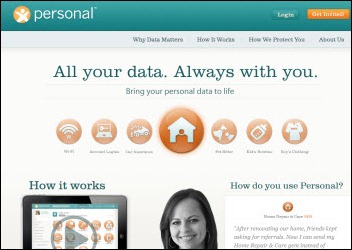 Deborah Peel MD of Patient Privacy Rights sent a link to this story about Personal, a soon-to-be-launched site that lets consumers store information about themselves and then sell it to commercial organizations willing to pay for it. It’s 100 “gems” include such information as when your next oil change is due and what kind of food you like, which they’ll broker on your behalf for 10% of the proceeds. It has some big-time financial backers. Her interest: something like that could give consumers control of their healthcare information, which is being freely sold without their consent for purposes not necessarily in their best interests. It could be used like a PHR, where people enter information that could be made available to sell (to companies) or to providers (for free).

The Robert Wood Johnson Foundation introduces an online directory that includes performance measurements for hospitals and doctors. It links 197 reports with information on outcomes, cost of care, and whether patients received recommended tests and treatments. 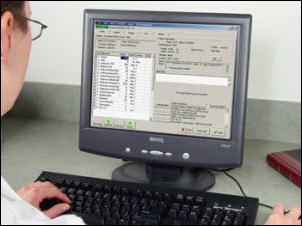 The LA Times picks up the story reported here awhile back, in which a premature baby was killed by sodium chloride overdose due to a data entry error into a hospital pharmacy’s IV compounder software. The article tries to link that human error to IT safety in general, but the problem really was a lack of IT: Advocate Lutheran General Hospital apparently had no interface between its pharmacy system and the compounder software, so they let unlicensed personnel (pharmacy techs) do the manual data entry, where it’s pretty easy to accidentally swap the values of the electrolytes (although properly installed software should have given a warning). I’ve seen that problem first hand (unfortunately) and developed a simple but elegant solution (fortunately). If you’re a CIO, e-mail your pharmacy director and ask how IV formulas get to Abacus or whatever IV compounding software your hospital uses and whether they have warnings set up in it. 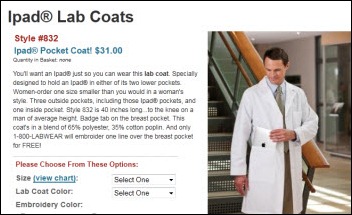 1-800 Labwear brings out a lab coat with outside pockets specifically designed to hold an iPad (which they spell incorrectly).

Nobody’s really disappointed or even surprised that Google Health is dead (actually, few have even noticed, which tells you all you need to know about its problems). The only surprise is that such an unenthusiastic effort came from one-time paradigm-buster Google in the first place.

Actually, maybe the biggest surprise is that Google is shutting Google Health down in an embarrassingly public raising of the white flag. It would be one thing if they were spending a lot of R&D money on it, but there’s no evidence of that. The app is somewhere between simple and ugly, announcements of new functionality or connectivity have come along once in a blue moon, and no lofty promises were made that it would ever be anything more than it was. Given that GOOG’s market cap is $156 billion, and that pretty much nobody was using Google Health anyway, maybe they should have just abandoned it to die quietly instead of convening a very public funeral, raising ugly questions about the cause of death.

The only real traction Google Health got was among folks who wanted to see a brash, smart, and well-funded upstart barge its way into the healthcare IT vendor mix, elbowing out the companies that have been around for decades to shake them out of their maddening complacency. In that respect, Google ironically did what the non-healthcare IT vendors are sometimes blamed for doing: it laid down a smokescreen of rosy PR, under-delivered on even modest promises, ignored the advice that users and experts were giving, and then just cut and run when the going got tough, another healthcare dabbler that should have known better.

I thought Google Health would do OK, if for no reason other than the company seemed committed to hanging in there, at least initially (they threw the stereotypical launch party at HIMSS, then went silent). But the signs were there. The inexperienced folks they put in charge were replaced by even less experienced folks. Their HIMSS booth was a joke, an empty table with a few black-and-white photocopied half sheets of paper handouts. They didn’t make any acquisitions; they didn’t create any innovative technologies; they didn’t differentiate themselves publicly from HealthVault; and they made no apparent attempt to flex their muscle with the providers, EMR vendors, and insurance companies that were sitting on the key asset needed to make their product fly: data.

Sometimes visionary companies can create a market by thinking big and solving a problem consumers didn’t even know they had (MP3 players and Facebook, for example). This wasn’t one of those times. Google Health was a solution looking for a problem, much like its high-flying and equally dead stable mate Google Buzz. If nothing else, Google Health proved that Google is just as fallible as arch-rival Microsoft in thinking it understands what customers want without bothering to actually ask them.

Here’s my epitaph for Google Health, not as a PHR expert (which I’m not, since I have little interest in them) but as an average consumer/patient.

Now is probably a great time to retire the term Personal Health Record. It had a questionable premise to start with, but now Google has tainted it as being a plain, static Web page that’s about as fun to use as TurboTax and a whole lot less useful.

I’m an average patient and I want nothing to do with a Google-like PHR. What I want is to be able to:

The average PHR doesn’t do most of these things. They can’t unless providers, insurance companies, and EMR vendors can be convinced to work together. Patients don’t have the sway to make that happen. Employers might, or perhaps some kind of government mandate.

Short of that, PHRs are going to struggle since, by definition, they are trying to bring competing parties together electronically without giving them an incentive to do so. That leaves PHRs as little more than a spreadsheet on which a few consumers can record their own information that nobody will look at.

Many folks who cheerlead for PHRs do so with a vested interest instead of as a consumer. So here’s the challenge to those inclined to comment on this post: instead of the usual pedantic posturing about PHRs as a technology or a business, tell me how YOU PERSONALLY use a PHR, what benefits you’ve received, and what you wish it would do. The “experts” can’t stop talking about Google Health, but none of them so far has admitted actually using it or any other PHR.


Currently there are "23 comments" on this Article: