The VA awards The Informatics Application Group a $5 million contract to serve as the custodial agent that will manage a proposed open-source development program for VistA.

From Anon: “Re: ONC. Recently cancelled a number of print and Web ad contracts. They have instructed their ad agency to work with 10% of their original million-dollar budget.” Unverified.

Vince Ciotti is loving all the comments, stories, and even corrections he’s getting to his HIStory series. He gave the OK to run his e-mail address for anyone who wants to get in touch.

Thanks to the following sponsors (new and renewing) and long-term advertisers that supported HIStalk, HIStalk Practice, and HIStalk Mobile in May. We appreciate their support.

Misys doesn’t have much healthcare presence these days, but for those who still follow the company, it confirms that a potential buyer is interested in acquiring the company at a valuation of $1.4 billion.

PatientKeeper president and CEO Paul Brient wins the Ernst & Young Entrepreneur of the Year award for New England and is now eligible for consideration for the national award.

Prognosis Health Information Systems appoints William M. Conroy to its board. He was CEO and president of Initiate Systems until IBM acquired the company in March 2010.

Yuma Regional Medical Center (AZ) gets a mention in the local paper for its $70 million Epic implementation. 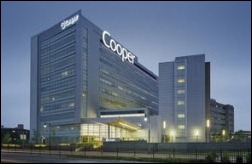 Cooper University Hospital (NJ) says it’s the first in the country to transmit real-time clinical information for dialysis patients in the ICU. iSirona’s  medical device connectivity software sends the information to the hospital’s Epic system, allowing doctors to monitor the effectiveness of dialysis treatments from any location. They’re planning something similar for vent patients.

CMS will use predictive modeling to fight Medicare fraud. It’s the same sort of risk-scoring technology that credit card companies use, but modified to analyze Medicare claims. That reminds me of the time VISA called me to see if I really did purchase several hundred dollars worth of goods and services at a strip club (the answer was no.) I wonder if Medicare will start calling up 70-year-old men to verify whether they indeed had procedures performed to sever their vasa deferentia?

The National Library of Medicine launches MedlinePlus Connect, a free service that allows health organizations and providers to link patient portals and EHRs to MedlinePlus.gov for consumer health information. Providers can meet one of the 10 menu set criteria for Meaningful Use by linking to it.

An India-born weight loss doctor who took in $25 million from billing insurance companies for questionable weight loss treatments makes the FBI’s Most Wanted list. The complaint says the doctor’s five clinic locations billed for tests not needed or not performed, allowed employees to hand out controlled substances without asking a doctor, and dressed up unlicensed personnel and passed them off as nurses. He got in trouble a couple of years ago for insider trading.

SAP is apparently offering an EMR.

NextGen will host a webinar this Thursday called Tips from a Physician on Transforming Your Practice Through Meaningful Use. The physician presenter has already led 29 doctors achieve Medicare Meaningful Use.

Weird News Andy proclaims himself Sad News Andy because  of this tragic story from the UK: a top orthopedic surgeon hangs himself in the garage of his estate, reportedly after making a relatively minor surgical error.

Odd: a man gives a bank teller a robbery note demanding $1, then sits quietly waiting for police to arrest him. The reason: he’s unemployed, ill, and has been turned down for disability and Social Security. He’s hoping the court puts him away for several years (and says he’ll do it again if not) so he can receive medical care, after which he plans to collect Social Security and move to the beach.

Ohio Public Radio covers electronic medical records, with Dr. Gregg as one of the guests along with folks from ONC and Ohio Health Information Partnership.