HHS’s Office of Inspector General spanks its fellow agency ONC for pushing interoperability without mandating security controls or encouraging standards. Examples of what it wants to see: requiring portable media to be encrypted, requiring two-factor authentication for remote access to PHI-containing systems, and mandating timely OS patch application and antivirus updates. OIG based this work on a previous project that looked at providers, in which it found unsecured wireless networks, lack of application vendor support for OS-level changes, poor antivirus practices, lack of event logging, allowing shared user accounts, and giving too many users administrative rights over their PCs.

ONC’s response to this report: (a) we turfed security work off to HITSP and incorporated some of its specs as HHS policy and in EHR certification requirements; (b) Stage 1 of Meaningful Use requires providers to fix their own security problems; (c) our job is to convince providers to use EHRs and we will worry about security later in the process; (d) our chief privacy officer is drafting a plan. It sounds to me like the typical external auditor’s report: their job is to find stuff to make sure you keep hiring them, while yours as the IT shop is to balance their sometimes ivory tower observations with your own realities. My only takeaway is that ONC should spend some of its billions to push security awareness, which you would think highly paid hospital and vendor IT people wouldn’t need, but apparently they do.

From Mia: “Re: CompuGroup. Big layoffs at Noteworthy Medical (last week, I think) and other of their companies. Will be interesting to see how many of the 420 ONC-ATCB certified EHR companies are around five years from now.” Unverified.

From CPOE Zealot: “Re: medication error. Incidents such as these give CPOE a bad rap.” The parents of a five-week-old premature baby who died after being given 60 times the ordered dose of IV sodium chloride sue Advocate Lutheran General Hospital (IL) for wrongful death. Like most fatal medication errors, CPOE was a non-factor here: — most in-hospital medication error deaths are caused by incorrect IV preparation or administration. In addition, the doctor ordered stat labs and then a re-test after getting a high sodium level back, but nobody drew it, leaving the baby on the hyper-concentrated fluid for 20 hours. There is one good reason CPOE gets a bad rap in cases like these, though: vendors sell and hospitals buy the seemingly logical argument that CPOE prevents patient harm, when what it mostly does is prevent lots of errors that were being caught anyway (like poor handwriting, in which somebody just calls the doctor for clarification). The risk of harm doesn’t change much unless you work at the sharp end of the stick where EHRs fear to tread – medication preparation and administration. The best IT systems in existence (including bedside bar-code checking) couldn’t have saved this baby’s life when hospital employees, despite experience and best intentions, are just as prone to distraction and carelessness as the rest of us humans, especially when they are overwhelmed and tired (sometimes because their peers were laid off to help pay for CPOE systems).

From Wireless Observer: “Re: Cerner. Word on the street is that Cerner is getting ready to announce some big organizational changes and these are not good kind of changes for the employees (may be good for Wall Street, however). This is supposed to hit the CareAware division pretty hard.” Unverified. CareAware is Cerner’s solution for connecting medical devices to EMRs (video above).

FairWarning will hire 70 employees over the next 24 months.

Cerner names SenSage its “Accelerate Partner of the Year” for demonstrating speed to value for Cerner and its customers. SenSage also an expanded alliance with Cerner to offer a SaaS-based version of P2Sentinel, Cerner’s enterprise clinical system auditing program.

CMS announces plans to release applications for “mature ACOs” interested in participating in its new Pioneer ACO Model and taking part in shared savings. CMS is also seeking input on the idea of an Advance Payment ACO Model, which would give certain ACOs access to their shared savings up front so they could build the required infrastructure. For providers wanting to learn more about ACOs, CMS is offering four free Accelerated Development Learning Sessions beginning in June.

Of the 75 operational RHIOs in the US, only 13 meet the basic criteria for Meaningful Use (e-prescribing, clinical data exchange, quality reporting) according to Harvard researchers. I don’t have access to the study, but apparently the findings are based on data from 2009 (so old they use the term RHIOs, apparently). Surely there’s been some improvement since 2009. If you’ve seen the full report, please share your insights.

JAMA reports that the use of telemedicine in ICUs reduces mortality rates and length of stay. 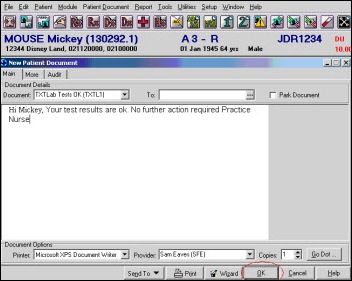 The New Zealand government awards a $252K grant to Vensa Health to conduct further research related to its mobile health reminder system. The company recites an impressive list of technology features, but like just about every mobile health vendor, they have no evidence showing that their product is effective in improving health. Like Bill Gates told me at lunch once (well, OK, me and a huge ballroom full of people at the mHealth Summit), reminders and education don’t necessarily work when it comes to wellness – plenty of fat people own bathroom scales.

I got another “urgent news” e-mail blast today from one of the rags that reinforces my argument that most industry publications either (a) can’t distinguish real news from press releases, or (b) don’t care as long as it draws readers and advertisers. Today’s hot news: a bond rating agency issued a press release claiming their study correlated use of advanced IT to hospital profitability and quality. I downloaded the “special report” from Fitch Ratings and it was, as I expected, not worth the excitement, being even less methodical (and therefore even less useful) than the Most Wired survey. Here’s a summary.

Speaking of questionable studies, here’s another one: do seven percent of doctors really use video chat in patient care? I’m not interested enough to buy the company’s report to evaluate its methodology, but I would have to bet that they surveyed a disproportionate number of telemedicine physicians or tele-ICU intensivists. Most docs won’t even e-mail patients, much less fire up a Skype session for a leisurely and probably unreimbursed Webcam chat.

Quality IT Partners, Inc. announces its Facebook launch featuring a dedication to the Scott Hamilton Cares Initiative, including a song and video written and produced by the company.