From Former CIO: “Re: high price of Epic. In my experience, the price of Epic software is competitive with others (at least the big guys). The difference is that they drive the customer to look at the true cost of implementation and plan for the resources, internal and external, training, etc. The other vendors hope you won’t actually add it all up until you sign the software contract. This is the best part about Epic since it gets the organization to accept the budget, even if difficult. If you are not prepared to spend the money then they may walk away. In the end, Epic is not necessarily more costly than the others would be.” An excellent reminder that I often need. Software license fees are often nearly irrelevant to overall project cost, especially on the often-forgotten cost of internal labor. It would be interesting to survey recently implemented hospitals to find out how implementation budget overruns correlate to specific vendors. 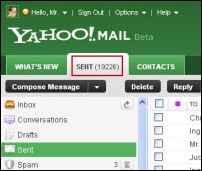 From Judy: “Re: couldn’t resist telling you. I have yet to receive an e-mail from iHealthBeat, HDM, or whomever that had a news flash I hadn’t already seen on HIStalk. Time to unsubscribe from these eJournals promising the latest, greatest news. Keep up the good work (although I do worry about you, truth be told) and help me SIMPLIFY my life! You should have NO doubts about your impact on this industry and I am SO proud of you!! Really.” I’m moved by that. From my vantage point, HIStalk has been eight years (as of June 20) of long evenings and weekends in an empty room, seven days a week (check out the count of my “sent” e-mails above from my HIStalk-only account). Comments like this keep me coming back, even though I’ll probably wonder on my deathbed what the heck I was thinking in spending all this time on what is basically a spare time hobby. At the moment, I’m still having a ball. 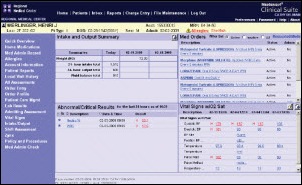 From IT Director: “Re: Siemens. At the recent Siemens Medseries4 User Conference in Salt Lake City, it was nice to see a strong message from Siemens leadership that Medseries4 is a go-forward strategy for Siemens. A recently approved five-year development plan increases focus on development already well under way on both the Clinical and Patient Financials as well as a much anticipated ‘spruce up’ of the General Financials. Also touted was a commitment to enhancing the integration of surround applications such as Pharmacy and EDM. This, combined with UHS’s (Universal Health Services) recent commitment to install Medseries4 in all 106 of its newly acquired facilities is certainly a positive note for Medseries4 customers.”

From Nasty Parts: “Re: TSI Healthcare in NC. I hear they have been acquired. They are NextGen’s largest VAR.” Unverified.

From HealthCareIdiotSavant: “Re: healthcare IT stocks. My broker has found nothing other than the usual suspects and none of them are rated all that good. Would be interesting to have your investment banker dude weight in on investing in a fund or a reasonable combination of individual stocks, wit no promises or guarantees, of course.” I actually have quite a number of investment banker dudes (and maybe some dudettes) as readers, so if any of them care to advise (anonymously if desired), I’ll let you know. As you’ve found, not all that many pure HIT plays are publicly traded, though.

Poll respondents: next year will be the big HITECH hump for vendors. New poll to your right: do you trust CMS to accurately collect and report provider and quality data?

My latest Time Capsule editorial that hasn’t seen daylight since 2006 and even then only to print newsletter subscribers: Hospitals Need to Learn from Failed Transformation Missions. A snip: “Sometimes imaginary victory is declared at the HIMSS conference, proclaimed by ventriloquist vendors whose lips barely move when their customer speaks.”

Thanks to the following sponsors (new and renewing) that supported HIStalk, HIStalk Practice, and HIStalk Mobile in April (sorry it’s a long list this time, but there’s always a lot of activity right around HIMSS). As a non-professional part-timer, I’m humbled to see this impressive roster of supporters, especially since it represents just a four-week period. Click a logo for more information.

Ohio Valley Medical Center (WV), embroiled in a lawsuit with its former CEO, claims he struck secret deals with doctors that paid them exorbitantly and also diverted all the money from its endowment fund. The health system is laying off employees and says it is “tens of millions of dollars in debt.”

Congratulations to John Halamka, named a full professor at Harvard. 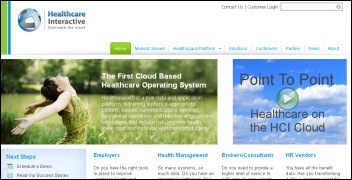 Healthcare Interactive, a Maryland-based vendor of something to do with the cloud that’s impossible to figure out from their buzzword-loaded Web site, looks to raise $10 million. Take your guess from this list of adjectives on their home page: suite, actionable, portal, stakeholders, transparency, engagement, cloud, and workflows. Or maybe this simple description from the CEO’s bio makes it crystal clear: “SaaS-SOA healthcare operating system (H-OS) framework leveraging an Inheritance-based Organic Network architecture using a unique combination of identity management, knowledge management and an application framework on a single cloud based environment.” Ready to sign up?

The next fun history lesson from Vince Ciotti, this time covering the 1960s development of “clinical” software, featuring Kelly Girls entering information dictated by nurses who didn’t know how to type.

Microsoft’s Bill Crounse, speaking in Hungary, gives examples of IT systems that are transforming healthcare: the Healthcare.gov Web site, NHS Evidence, and HealthVault. None of these have had any impact whatsoever on me or anyone I know (and Microsoft has a financial interest in at least two of the three), but I’ll give him the benefit of the doubt.

I’m intrigued by recent top executive hires by Siemens: John Glaser (Siemens Health Services Business) and Greg Sorenson (Siemens Healthcare), both brought in from non-profit Partners HealthCare with no business experience and immediately placed in CEO roles. Contrast that with GE Healthcare Systems, who chose as its top executive last week an internal candidate whose background is automotive, finance, and aviation with no healthcare experience at all. That’s a striking difference in philosophy from conglomerates that offer similar products and services. I have to say that as a customer, I like the Siemens approach a lot better — the idea that provider people who care enough about patients to work for a non-profit might bring something to the table that a circuit-riding GE lifer executive doesn’t.

Here’s the TEDxTHR talk of Ed Marx from this past Friday.