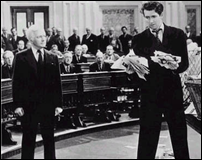 You may have read some stories about the Meaningful Use Hearings this past week. It’s always interesting to read what the regular press picks up on, but I’d thought I’d give you my "on the ground" report as well.

Background: ONCHIT created the Health IT Standards Committee, which is Federal Advisory Committee "charged with making recommendations to the National Coordinator for Health IT on standards, implementation specifications, and certification criteria for the electronic exchange and use of health information." This committee then has five sub-committees or workgroups: Clinical Operations, Clinical Quality, Privacy & Security, Implementation and the Vocabulary Task Force.

Each of these committees is staffed by volunteers from healthcare organizations and various vendors. I give them a lot of credit for spending the time to do this.

The Implementation Committee held a hearing last week on "Early Adoption of Meaningful Use", meaning they wanted to hear from Eligible Providers (EPs) and Hospitals about their early experience in preparing to meet MU requirements for this year. This makes sense. The government is going to potentially spend tens of billions of dollars on MU. It is smart to get a leg up to see if things are going smoothly from the start. And if not, figure out how they can start fine-tuning.

I was asked a few weeks ago to provide some input at this meeting (as an EP). I figured, hey, this is on my bucket list ("give testimony to a federal advisory committee"), so I’ll do it!

My first responsibility was to send in written testimony answering some questions they provided (e.g. tell us about your successes, your challenges, etc.) Next step was to fly to DC to talk to them in person. We would be given five minutes to provide oral testimony, and then there would be Q&A with the committee.

The first day and the start of the second had various HIEs and RECs commenting. Then came the active EMR users who were planning on applying for MU in 2011 (ten representing EPs, another ten representing hospitals). Most were physicians, along with a few CIOs.

While I was hoping to be in some hallowed marble halls, they did have us in a nice large conference room at a local Marriott. The Committee was in a U-shaped formation. Below that was a table where up to five presenters could sit and behind that was general seating for the public.

The following is my summary of the testimony given by these end users, with a slight bias towards the EP testimony. The following were relatively consistent themes, with my comments intermixed:

The good news is that this bill has indeed "stimulated" many organizations to move forward with various upgrades and focus on how to produce quality reports from the data in their EMRs.

But mostly we heard about the challenges.

Finally, it was concerning was that ONCHIT did not even send a representative to the meetings (one of them called in for the morning only). I do believe that the committee will represent us well, so let’s hope ONCHIT is listening to what they say and take serious the fact that there is increasing concern about the scope and timing of these requirements. If their goal is to make it so just 10-20% of the EPs can meet the MU criteria, then the folks from this meeting would say they appear to be doing well. But if their goal is to get over 50%, then they may need to rethink some of the complexity of the requirements and the timing involved in meeting them.

Full details and testimonies of this Committee Meeting are available online.

Lyle Berkowitz, MD is a practicing internal medicine physician, a healthcare IT consultant (www.DrLyle.com) and founder of the Szollosi Healthcare Innovation Program (www.TheSHIPHome.org). He blogs regularly at The Change Doctor (http://drlyle.blogspot.com/).