From Just the Fax, Ma’am: “Re: CSC’s healthcare group. From the confidential e-mail, ‘The market conditions in the overall economy have impacted our ability to build pipeline and to close on those opportunities we have been able to identify and pursue. As a result, financial performance is far below our commitments and we have been directed to improve our forecasts by reducing costs.’ The action: non-billable employees and those billable with less than 40% productivity must take 10 days of PTO or unpaid leave between January and April. IMHO – significant cause is inability to staff opportunities due to implementation consultants leaving right and left.” Unverified. 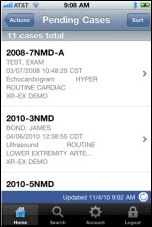 From The PACS Designer: “Re: XR-EXpress. An interesting image and data viewing software app for the iPhone called XR-EXpress has been released by New Mexico Software. You can manage cases, orders, and patient records easily and also check patient’s exam results.”

Listening: brand new rock-punk from Cage the Elephant from Bowling Green, KY. They’re barely old enough to shave, but they sound good, with some rawness that hints of the Strokes or Pixies.

Some of the nicest people you’d ever want to know are with Encore Health Resources, starting at the top with industry long-timers Ivo Nelson (chairman) and Dana Sellers (CEO). Encore sponsored the great HIStalk HIMSS reception at Max Lager’s in Atlanta last year, with Ivo, Dana, and our pal Amy getting elbow-deep in the minutiae with me to make sure you had a blast (Ivo made the executive decision to go open bar instead of drink tickets, which saved quite a few of you a small fortune on the overage). They now want to support us even more by becoming an HIStalk Platinum Sponsor, which I appreciate. Everybody knows Ivo – he founded Healthlink and sold it to IBM in 2005. I’m pretty sure EHR (get it?) is following Healthlink’s trajectory of unbelievable growth, solid reputation, and happy consultants (the company is already racking up awards for being a great place to work, so check out their job listings). Encore provides services such as strategic planning, system selection, implementation, optimization, health analytics, and project management. I interviewed Ivo a year ago when nobody (including me) had heard of Encore — he provided some surprisingly heartfelt and profound answers that are worth a re-read, which I just did. Thanks to Encore Health Resources for supporting HIStalk.

I thought of something I’d like to write about: what it’s like selling for Epic. Surely there’s a former Epic iron-mover out there who would talk anonymously. The company claims they do no marketing and implies that their sales process is simple, but there must be more to that story given the large number of big deals they’re signing.

I’m whisking Mrs. HIStalk away for short hiatus somewhere warm and sandy this weekend (Inga’s terse but sincere directive: “Don’t drink the water. Do drink the beer.”) Inga and Dr. Jayne will be handling the Monday Morning Update so that I might travel laptop-free, although I’ll have the trusty iPod Touch for sneaking an occasional, furtive glance at e-mail.

I’ll be closing the HISsies voting in a couple of days, so if you got an e-mail link, use it soon. If you weren’t on the HIStalk e-mail subscriber list as of last Saturday, you can’t vote, sorry. Tying the poll to an e-mail address prevents the usual Internet vote fraud since only those I’ve e-mailed can vote (it worked the same way last year). I know that method excludes those who read by RSS reader or who just cruise over whenever they feel like it, but that’s the only way I could come up with to prevent companies from urging candidate-specific company voting and to hopefully block robo-voting scripts.

WSJ covers the growing number of patients ordering their own lab tests online, with heart-related tests being the most popular. One patient’s seemingly backward approach struck me as funny: “She says she would call her doctor if she got a worrisome test result.” Most states require a physician order, but the lab companies are hiring doctors to sign them after a quick review of the online request. Sometimes you do wonder, though: do certain tests or medical items really require a physician’s supervision for safety, or is that just a way to prop up the price?

Welcome to new HIStalk (and HIStalk Practice) Platinum Sponsor MD-IT. The Boulder, CO company is the leader in medical documentation for physician offices and clinics, offering them an alternative to “EMR interfaces that require you to become data entry clerks” in creating an using electronic clinical notes. The big picture includes the preferred form of data entry, a chart viewer, e-prescribing software, Internet access to patient records, and provider-to-provider messaging. Specific options include dictation transcribed by medical language specialists; front-end speech recognition as a standalone application or Word add-in; a Web-based platform for creating, storing, and sharing clinical notes; and several EMR options (built into its platform, interfaced to an existing EMR, or a package including the Ingenix CareTracker PM/EMR) that it says let doctors “dictate your way to Meaningful Use.” The company offers its services through a nationwide network of regional offices. Thanks to MD-IT for supporting HIStalk and HIStalk Practice.

As I’m prone to do these days, I moseyed to YouTube to see if MD-IT had anything there. Above is a demo of a doctor using its software.

HHS will open the 45-day comment period for potential Stage 2 Meaningful Use objectives next week. The proposed objectives and measures for Stages 2 and 3 are here (warning: PDF).

EHR users speaking at the Implementation Workgroup of the HIT Standards Committee are concerned about meeting Meaningful Use requirements, mostly involving timelines, cost of compliance, and lack of government guidance. Some I found in my skimming: 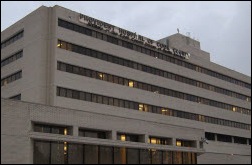 A Weird News Andy diversion: a hospital in what sounds like a dangerous part of Chicago has decided it will no longer accept ambulance patients, saying it can save $25 million per year and increase its outpatient business.

A self-serving Council for American Medical Innovation poll finds that 58% of respondents want the federal government to spend more on medical innovation. As Inga would say, the same percentage also like babies, puppies, and world peace. Never ask if people want something, especially if it sounds noble; the real test is to ask them to hand over the cash to pay for it.

Interesting: a woman whose Wii Fit Balance Board shows her leaning to one side gets checked out, resulting in a diagnosis of Parkinson’s disease. She said, “It’s quite amazing that a computer game was able to point out there was a problem.”

GE Healthcare’s CEO says “the US has snapped back” and it can grow profits 10% per year, although the snapping back seems to refer to increased healthcare spending, which is really not much of an accomplishment unless you like to watch a country slowly going broke.

From Wilbur: “Re: Arizona shootings. Bad news on top of horrible news from out here in the great Southwest. Dumb, dumber, dumbest.” University Medical Center fires three clinical support staff members for accessing the medical records of victims of last weekend’s shooting. Officials say they are not aware that any confidential information was publicly released. The hospital has a zero-tolerance policy on patient privacy violations (cheers).

From Claude Noel: “Re: Manitoba eHealth. Saw a weird negative post about the project. Actually the project is going extraordinarily well. This is a very cool project that has had surprisingly little problems with implementation thus far.”

From Z-man: “Re: Moses Cone. I hear that as part of their contract with Epic, Moses Cone has to hire 92 FTEs that Epic screens and approves. Crazy, but I think it is a formula that works.”

Ten Sisters of Mercy Health Systems hospitals are targeting to begin their 90-consecutive-day Meaningful Use validation on April 1. Mercy says it has invested more than $450 million for EHR across its 28 hospitals and has the potential to earn $140 million in incentives. 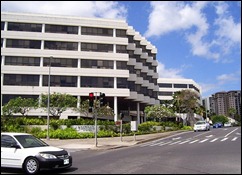 Honolulu physicians practicing near Kapiolani Medical Center at Pali Momi are forming an HIE and will use the Wellogic Community solution to connect with labs, pharmacies, hospitals, and other providers.

Also from the Aloha state: The East Hawaii Region of Hawaii Health System Corp. commits to meeting an end-of-year deadline to implement EMR (Meditech, I believe). East Hawaii Region hospitals are eligible for more than $7 million in stimulus funds.

Are you curious how Gastorf Family Clinic (OK) managed to get their $42,500 stimulus check just two days after applying? A big thank you to Practice Manager Darrell Ledbetter for sharing details on HIStalk Practice. Bottom line: they were committed; their vendor (e-MDs) had the software in time; and they had solid assistance from their REC. Ledbetter says this initial payment alone almost covers what the practice paid five years ago for their EHR set-up.

Other goodies on this week on HIStalk Practice: an interview with Practice Fusion CEO and founder Ryan Howard, who shares some details of his company’s unique business model. Primary care docs and specialists have communication problems that aren’t necessarily improved with HIT. Nuesoft introduces its Nuetopia service and publishes another fun video. You know the drill: sign up for e-mail updates while you are over there. We are about to hit 1,000 confirmed subscribers. I promise to give you a free HIStalk Practice subscription if you are lucky subscriber # 1,000.

According to ONC, recent surveys indicate that 81% of hospitals and 41% of office-based physicians intend to seek Meaningful Use stimulus funds. Only 14% of office-based physicians say they are not planning to apply for incentives. David Blumenthal says these numbers indicate that the Meaningful Use process is increasing the willingness of providers to adopt EHR systems and that, “we are seeing the tide turn toward widespread and accelerating adoption and use of health IT.”

At this week’s advisory HIT Standards Committee meeting, several HIT gurus spoke out in support of including medical images in the next stage of Meaningful Use. Blumenthal agrees that it raises a number of questions worth tackling.