From Patella Poker: “Re: Joint Commission. Big news on medication reconciliation. They’ll start scoring again on July 1 with no phase-in period. I bet a lot of hospitals will have to rush to squeeze this in with all their other initiatives.” The “streamlined and focused” version of the National Patient Safety Goal for hospitals includes creating an admission medication list (and developing a policy for doing something similar in non-inpatient areas), comparing the home meds brought in against those ordered, providing written medication information at discharge, and instructing the patient to keep an up-to-date list and let providers know of changes.

From Kiosk Guy: “Re: VA. They have again selected Vecna. They originally won the award in July 2010, but it was protested by a competitor and the competition was done over last month.”

From Hirudo M: “Re: Aetna. What does its purchase of Medicity say about Aetna’s ongoing partnership with IBM? Aetna is using IBM’s HIE strategy and infrastructure for ActiveHealth.” Good question. That deal was just announced in August and there was a big press release about some Aetna-IBM HIE work in Puerto Rico just a couple of weeks ago, when Aetna was quietly well into its Medicity courtship.

From The PACS Designer: “Re: Pogoplug. We’ve been hearing more about different types of cloud apps lately and now there’s a personal cloud appliance called Pogoplug. Pogoplug turns your hard drive into an Internet accessible device so you can use any browser to call up your files with your iPhone and other mobile devices through a free online service.” The hardware component is $70 and the service is free. You can even stream music videos from your home PC anywhere on the Web, including your smart phone. The pitch is that in 60 seconds you’ll have your own personal cloud running your own content from an external hard drive.

Listening: reader-recommended Ned Evett, which I loved instantly. Well-produced killer guitar riffs, powerful drumming, excellent vocals, and good songwriting and big hooks. Forget the endless technical mention that he’s a “fretless” guitar player and focus instead on some really rhythmic blues, pop, or prog (it could pass well for all three). I’m really liking the Middle of the Middle album on Rhapsody (Shine Like a Diamond on Me is amazing, like the Beatles meet Pink Floyd). I’ve listened to all four albums and they’re excellent. This would be among the best stuff I’ve heard in a long time. I can’t get enough, other than my fingers are getting sore from drumming along on my desk. He’s opening for Joe Satriani on some tour dates.

Say hello to NCR, supporting HIStalk as a Platinum Sponsor. The Duluth, GA company is the #1 provider of patient self-service solutions, offering pre-registration, appointment scheduling, and bill pay online, which as they point out, can help preserve the patient experience as hospitals face being swamped with 32 million newly insured patients. Some of its healthcare self-service offerings a check-in kiosk, the eClipboard wireless unit for check-in and registration, mobile reminders and results, ED triage and check-in, revenue cycle management, patient portal, and a wayfinding kiosk. There’s a good video from Richmond Bone & Joint Clinic on their site, featuring the clinic’s CEO. Thanks very much to NCR for not just coming along for the HIStalk ride, but chipping in for gas. 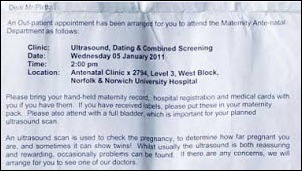 Weird News Andy uses a deadpan delivery for this story, captioning it “You might be expecting twins, Mr. Plettell.” A British man receives a letter from a hospital inviting him to drop by for his ultrasound, urging him to bring along his maternity record. His mates (I’m picturing Andy Capp lookalikes) are encouraging him to show up in a dress and wig, which probably wouldn’t really be all that odd in England since they seem to find cross-dressing endlessly hilarious. 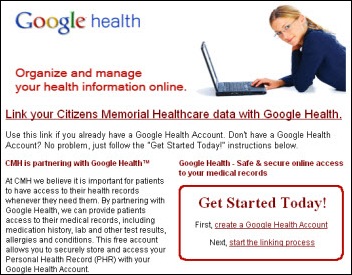 Greg from Citizens Memorial Hospital (MO), the super-progressive 74-bed hospital, tells me about work they’ve done there with Google Health.

We implemented Google Health in March of 2010. The initial response was large, mostly due to local TV news coverage. We send medications, labs, procedures, allergies, and conditions to Google Health. Our next step is working on sending radiology and other reports. We have the ability to import Google Health information as an external document in the EMR. It’s currently a manual process that has to be initiated outside of Meditech, but in the future, we’re planning to automate this process. As more patients and other providers start using the service, it will become a more valuable report. Since we are the only provider in our area sending data to Google Health (with the exception of a few national pharmacy chains), most of the reports we import have only the data we sent.We promote Google Health in conjunction with our Clinic Patient Portal. Users can sign up for both on our website. Information is verified by our HIM department and we contact the patients if necessary to verify their identity before linking their records.  We also have guest PCs in our rural family practice clinics so that patients can sign up at the clinic.

Ross Martin MD MHA, esteemed leader of The American College of Medical Informatimusicology, makes his Interoperetta available as an MP3, explaining that 85% of all humans should listen to it to provide herd immunity against dangerous subliminal messages that could be introduced by the questionably motivated fan who requested the MP3 version in the first place. I think Ross is simultaneously opening and closing the loop, in other words. I’m trying to cajole him into creating an HIStalk theme song in preparation for future HIStalkapaloozas.

Orlando Portale, chief innovation officer for Palomar Pomerado Health (CA), tells me he’ll be demonstrating some prototype Android healthcare apps for tablets (EHR access and remote physiological monitoring) at Cisco’s Community for Connected Health Summit, which will be held Monday of the HIMSS conference. Jason Hwang, co-author of The Innovator’s Prescription: A Disruptive Solution for Healthcare will open the session. 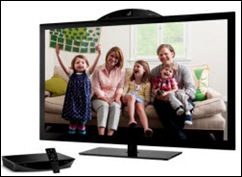 I know it will seem odd since the Thanksgiving to New Year’s period is pretty slow for a lot of people, but Inga and I are super-buried at the moment. We’re working on lots of news items, several interviews, and a heavy load of new sponsor activity (thanks for that!), not to mention that we need to start planning for our HIMSS events and the HISsies nominations and voting. It’s the funnest job in the world, of course, but be patient or maybe even forgiving if you are waiting on something from us. I don’t expect our loads to lighten until after the conference. We may need to hire someone or something.

An Ohio doctor, angry that his uninsured patients can’t afford the lab tests they need, strikes a deal with LabCorp and an online lab test marketer to offer his patients discounted tests (example: a $148 lipid panel costs his patients $18). The patients simply order their tests from the county medical society’s site, pay by credit card, and go to LabCorp to get the tests. Everybody can use the service except residents of NY, NJ, and RI. Says the doc: “It’s like using Amazon.com to buy your lab tests.”

Drug and device companies are arming their sales reps with iPads for showing sales pitch presentations to doctors. Medtronic just bought 4,500 of them, Boston Scientific 2,000, Zimmer Holdings 1,000, and Abbott 1,000. It figures that the coolest, state-of-the-art technologies in a doctor’s office will be carried by a drug rep trying their best to keep healthcare costs high.

From Camus: “Re: Drummond certification. Am I the only person finding it bizarre how fast the companies certified by Drummond have gone from relative obscurity to MU certified? What happens when practices pick these companies and the company goes out of business in nine months? It’s like wine — you just don’t go from planting vines to world-class cabernet in six months.” The issue is not unique to Drummond. I see plenty of “obscure” vendors on CCHIT’s list. I’ll also point out that Drummond’s certification clients include plenty of familiar names that are hardly fly-by-nights, including Allscripts, GE, and McKesson. I suppose your point is that certification does not guarantee a company is financially sound. Agreed. And I might point out that just because a company is financially viable and has a certified product, a buyer may still be left out in the cold if the vendor makes a business decision to sunset a certified product.

The HIE space continues to heat up as health systems and regional exchanges align with vendors. Recent announcements include: 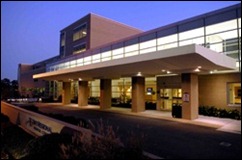 Maryland’s REC, CRISP, has signed up its 200th client.

Anvita Health, a provider of clinical analytics, hires Darren Schulte, MD, MPP as VP of Clinical Strategy. He was previously at Alere Health, where he served in executive positions related to clinical product strategy and development.

In Australia: 98% of GPs use computers for some clinical purpose and almost two-thirds are paperless. A mere 2% of the GPs use paper records only.

The VA awards Carefusion and technology integrator MicroTech a contract to supply Pyxis to 153 VA medical centers and 17 outpatient centers.

Wolters Kluwer Health acquires iCare, developer of an educational program that trains nursing students how to document care in an EMR.

Streamline Health Solutions posts Q3 revenues of $4.5 million, up 9% from a year ago. Earnings were $95,000 ($.01/share) compare to last year’s $296,000 loss ($.03/share.) The company says the improved results are a result of higher license system sales and increased recurring revenue from maintenance contracts.

This week I posted some new videos to HIStalkTV, including a few product demos, an interview, and a fun Lady Gaga spoof by Nuesoft. I must admit the posting task is time consuming, but only because once I get on YouTube I’m easily distracted by other fun videos that have nothing to do with HIT. For example, when I was looked at the Swype demo, I noticed a suggestion for the World’s Fastest Typist from a 1985 David Letterman episode. How can one not get sucked into watching a competition between shoulder pad-wearing women typing on IBM Selectrics with Letterman commentary?

Troubling: only 15% of CIOs think they’ll be ready to qualify for Meaningful Use incentives by April 1, 2011. That’s about half the number who said in April that they’d be ready. CIOs cite CPOE implementation as their biggest challenge, with more than half noting concerns with getting clinical staff to use the systems.

MED3OOO appoints John Wallace as a SVP on its business development team. He was previously SVP at mPay Gateway and served in leadership roles at Misys Healthcare.