From Waterkeeper: “Re: CPOE reality. Another example.” A study finds that electronically preventing entry of CPOE orders for concomitant use of warfarin and sulfa drugs did great at preventing the potential drug interaction, but also delayed treatment in patients for which the simultaneous use was appropriate, causing Penn researchers to stop the study early as being unethical. Says the lead author: “[It] worked extremely well, but putting it in place actually hurt people … it’s naive to think that CPOE 1.0 is going to be perfect. This is a clarion call for continual evaluation of whatever we’re doing in terms of electronic interventions.” You’ve read it here in various interviews, but it’s worth reiterating: CPOE isn’t done just because it’s live and doctors are using it. That’s where the scientific work should begin, but unfortunately usually doesn’t as everybody declares mission accomplished and moves on to some other fire du jour that requires extinguishing.

From EMR Salvage Here, Can’t Bill There: “Re: downtime in Pittsburgh.” Included was an August e-mail to providers purportedly from Medical Service Associates, apologizing for problems in which a network failure led to the discovery that backups couldn’t be restored from either their own two backup systems or the two of their vendor. At the time of the late August e-mail, they still hadn’t restored anything from before the downtime. All unverified and most likely not the final word on the situation there, but my takeaway from experience is the same as always: backups don’t work at least half the time. 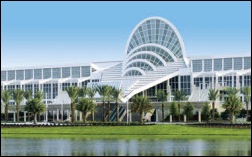 Inga e-mailed our sponsor contacts today about a little get-together we’re having for them in Orlando at HIMSS, separate from our Monday night HIStalk reception (nothing too fancy since it’s on a blogger’s budget, but sincere nonetheless since we really appreciate our sponsors). Response has been brisk, so if you’re the boss and haven’t heard about it, check with your internal person before we run out of space. If your company is on the fence about sponsoring HIStalk, we can probably make room if you sign up soon. Plans for the Monday night reception are progressing nicely as well. Expect a big evening that will go a bit beyond our usual food, drinks, and HISsies (running until late, so pace yourself). Stay tuned.

New readers sometimes get confused about who writes what on HIStalk, e-mailing the wrong one of us about something the other wrote. Here’s the deal: Inga writes the part starting with “HERtalk by Inga.” I write all the rest. I do most of the interviews, but I should mention that Inga did the most recent one with Doug Ardoin. And it’s all Inga on HIStalk Practice. Clear as mud, right? She and I are kindred spirits anyway, so we’ll figure it out. 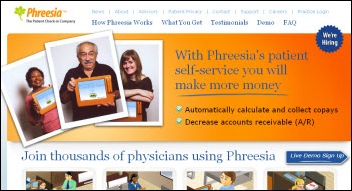 Strange: a hospital trauma nurse gets a 2 a.m. call on her cell phone from the California Donor Network, with which she’s familiar because of her job. They tell her that her brother has died and they need her permission to harvest his organs. Agitated, she goes to her other brother’s house and they call their sister-in-law to console her, only to hear the sleepy voice of her I’m-not-dead brother asking what they want. The hospital had given the donor group the wrong contact information, that of a patient with the same name but spelled differently. The hospital can’t explain the mistake except to say that the information was wrong when they switched computer systems in 2005. The coroner’s office claims they would have caught the mistake before taking the organs of decedent with the wrong family’s permission.

A Weird News Andy find: NewYork-Presbyterian/Columbia University Medical Center admits that someone accidentally opened up a server containing ICU patient information to the Internet. A patient’s family ran across the information via a search engine and told the hospital. I can’t decide which is more annoying about the hospital’s name: that it’s absurdly long with dashes and slashes or that they insist on conjoining New York into a single word for no apparent reason.

RIM previews its BlackBerry PlayBook tablet device. Like the Torch, I doubt it will generate much consumer interest, especially since it may work only on WiFi, not 3G/4G. That’s speculation since it’s not coming out until next year, making the video a bit premature in its lost cause of convincing iPad prospects to hold off. Businesses will probably like it, though.

The National Quality Forum endorses performance measures and preferred practices for care coordination. Among the latter is electronic medical records.

Ed Marx has updated his Tool Time post with responses to your comments.

Here’s another bad HIT press release, replete with enough odd phrasing, incorrect punctuation, and bizarrely missing information (like the names of the company’s president and the customer who are both quoted) to make it seem highly unlikely that the writer speaks English as a first language. Not that there’s anything wrong with that, but the company is in Minneapolis, where English is pretty common (albeit with a cute accent, like in this horrible, sappy movie that I just played from Netflix for Mrs. HIStalk while I pretended to watch while daydreaming).

The Canadian government will spend $500 million on EMRs in the next fiscal year, with $380 million of that going toward implementation. 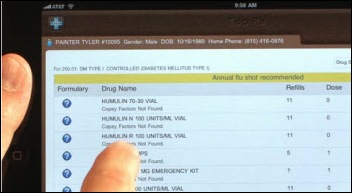 ClearPractice announces GA of Nimble, which it says is the first comprehensive EHR for the iPad. It connects to the company’s cloud-based system by WiFi or 3G. Or maybe it’s not the first after all: an updated press release omits the “first” reference and fixes other unspecified errors in verbiage. The release came from a PR company, but it’s never encouraging (in a “Quality Is Job 1.1” kind of way) for a software company to let obvious mistakes get out the door. And in another tactical error, there’s a beautifully made demo video on their site (where I grabbed the screen shot above) that you’d be watching right now if they were smart enough to make it embeddable like everybody else does who wants widespread exposure for free (it’s called YouTube, people). Now I’ve lost interest.

I don’t need a cell phone, but I’m thinking about getting the new model of the iPod Touch for running apps, checking e-mail where there’s a WiFi connection, and playing music and video. Good idea or not? I thought it was perfect until I read that Apple had to downsize the camera resolution from 5 megapixels to one to fit into the slim case. Still, it seems like a good deal for $299 for the 16 GB model.

Mohit Kaushal, MD joins West Wireless Health Institute of EVP of business development and chief strategy officer. He was a key player in developing the healthcare portion of the FCC’s national broadband plan, which includes mobile health, when he worked for that organization.

The Greater Dayton Area Hospital Association (OH) signs up with the HealthBridge HIE.

It’s funny today how many car problems are fixed with a software update. The same is true for implantable defibrillators, for which a new upgrade checks for electronic problems that indicate wire integrity problems that could cause patients to be shocked inappropriately.

Costs of Care, a Boston-based non-profit whose goal is to reduce healthcare costs by giving providers pricing information as they make medical decisions, announces a national essay contest. The best anecdotes from doctors, nurses, and patients illustrating healthcare cost awareness will earn $1,000 prizes. The judges are former HHS secretary Mike Leavitt, Atul Gawande, Tim Johnson of ABC News, the dean of the Harvard Medical School, and Mike Dukakis. Entries are due by November 1. The group, founded in 2009 by medical resident Neel Shah MD, plans to create smart phone and Web apps to provide pricing transparency.

A nurse at Seattle Children’s Hospital kills an ICU baby by mistakenly administering a tenfold overdose of calcium chloride. A 15-year-old died from a narcotic overdose at the same hospital last year.

I’m totally behind, so be patient if you’ve e-mailed me. I’ll be vacating soon, which will dig the hole I’m in a week deeper, and then attending the mHealth conference to make the backlog worse, but my lack of timely response doesn’t mean I love you any less (that’s my go-to excuse when Mrs. HIStalk catches me paying insufficient attention to her or her movies).

From Jellico Jerry: “Re: reality check. Loved your point today about Cerner and Epic, and which deals Cerner won vs. Epic. Cerner won sites with no $$ (UHS, Tenet). Although they are still significant wins, they are very different client bases.” In case you aren’t up to speed, KLAS recently reported that nearly 70% of 2009 hospital EHR purchases were for Cerner and Epic. A reader then noted that if one were just reading HIStalk, you’d think Epic had “cleaned everyone’s clock.” We countered saying Epic got the bigger, more lucrative deals that really count. Anyone who’s dealt with either or both companies knows that Cerner will darn near give the software away to avoid losing a deal, while Epic won’t discount a penny. 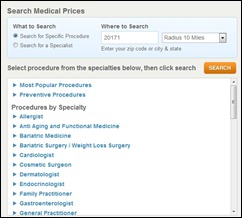 Quality Systems, NextGen’s parent company, strikes a deal with Pricedoc.com to incorporate PriceDoc’s online search marketing tool into the NextGen Practice Management system. Pricedoc.com is basically a medical version of the travel site Priceline.com, giving patients the chance to name the cash price they are willing to pay for particular procedures or services. Sounds like the deal gives Pricedoc.com access to NextGen’s PM client base and Quality Systems gets a spiff when physicians and patients connect.

T-System releases DigitalShare, a new solution made possible through a strategic partnership with Shareable Ink. DigitalShare allows clinicians to document patient encounters on T-Sheets using Shareable Ink’s digital pen to capture the data. I first saw the technology at MGMA a year ago and made the Mr. H-esque observation/prediction that it would be great technology for the ER. 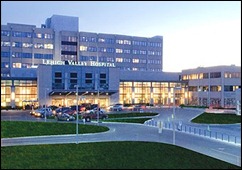 GE was the overall leader in the US ultrasound market last year, according to Millennium Research Group. GE increased its lead over Philips and Siemens and now holds about 27% of the $1.2 billion US market.

Former Cerner Eastern US general manager Greg White is promoted to VP and managing director of the company’s Middle East, Africa, and India region. He replaces Rich Berner, who returns to KC as VP of client development.

Axolotl introduces Elysium Discover, a suite of reporting and analytic tools for HIEs. 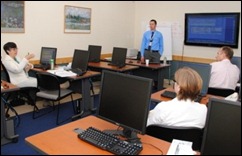 Frederick Jelinek, one of the pioneers in the field of voice recognition, died earlier this month. I had never heard of him before reading this article, but he’s credited with enabling computers to understand English. While that accomplishment is significant in and of itself, Jelinek’s challenging background makes his work even more laudable. He was born in what is now the Czech Republic and his dentist/physician father died in a Nazi concentration camp. After his death, Jelinek’s mother moved her family to the US. He graduated from high school and took a job working in a factory to help support his family Jelinek later enrolled in night classes, studied engineering, and eventually earned a doctorate from MIT. He spent his career with IBM and Johns Hopkins University, creating the bones for today’s voice recognition systems. Isn’t that a great story?

Friday marks the first day of the hospital payment year for implementing certified EHRs and using them meaningfully. Guess it would help to have some certified EHRs out there.