From Sara Dippedy: “Re: crass KLAS. Our company suffered for years under KLAS ‘extortion.’ If we didn’t pay to belong, we were relegated to an asterisked account, insinuating that we were hiding something. All it took was one ticked off IT underling to nail you with an anecdotal crack, even though they were often happy as a bird 24 hours later. Opinions vary due to overambitious vendor guarantees and unrealistic customer expectations. We need an independent, not-for-profit testing authority, like Consumer Reports.”

From EHR Geek: “Re: proctologist. Did I beat Weird News Andy to the punch?” You did. A New York proctologist is arrested at his oceanfront condo for submitting $3.5 million in false Medicare charges, including charging for 85 hemorrhoidectomies performed on the same patient and procedures adding up to more than 24 hours in a single day. My mind immediately offered several witty comments, but I’m sure yours has already done the same.

From Me So Corny: “Re: eHealth Align. The Kansas City HIE’s board approved signing with ICA’s CareAlign as its HIE solution on Friday. It will be announced this week.” Verified, apparently, since it’s on ICA’s Twitter feed.

The California Academy of Family Physicians will use (warning: PDF) a $145K grant from The Physicians Foundation to create an online EMR resource for physicians, including a readiness assessment and tools for EMR selection. “We liken it to changing the tires on a moving car. Our physicians struggle every day to keep the doors open and keep patients healthy. Look, the office doors are open, patients are coming in, it’s flu season — and at the same time you have to adopt an EMR?”

I ran across a cool open source laptop security app called Prey Project. You install its invisible client on your laptop or mobile phone. If the device is stolen, the app phones home via the Internet or text message, sends you its location determined from geolocation services, takes the thief’s picture via webcam, grabs a screenshot of whatever the thief is doing, and locks down the PC. It will look for any open WiFi hotspot if the device isn’t connected to the Internet. If you’re feeling vengeful, you can annoy the thief by remotely triggering an alarm or an onscreen warning.

Doctors in Australia are warned by the New South Wales medical board not to make “flippant and derogatory” comments about patients after a patient complains. Related: the Australian Medical Association questions whether it’s a good idea for doctors to accept the Facebook friend requests of their patients, saying it’s inappropriate for them to blur the professional-social line.

This week’s company-wide e-mail from Kaiser chairman and CEO George Halvorson makes the point that by collecting ethnicity information in HealthConnect, Kaiser can uncover important ethnicity-specific health risks. He makes an interesting point: since every Kaiser patient has the same coverage, treatment, and providers, the only variable is often ethnicity.

A couple of readers offered software alternatives for mind mapping. Luke O’Scyte recommends for the iPad and iPhone Headspace ($3.99) and iThoughtsHD ($9.99). For the desktop, he’s trying the open source Freemind, which Les also recommends. Ben suggests the free XMind.

The Health 2.0 conference will be held October 7-8 at the Hilton San Francisco. Companies sending speakers include O’Reilly Media, Microsoft, HHS, Executive Office of the President, Wired Magazine, The New York Times, Cerner, Google, Kaiser Permanente, and WebMD. Other events during Health Innovation Week include a developer’s challenge at the Googleplex, a REC/HIE summit, and HealthCampSFBay. Early bird registration ends Thursday. You can save an extra $100 by using code “HIStalk” when you sign up. I have no financial interest – I’m just being nice in mentioning it. 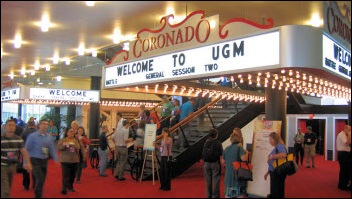 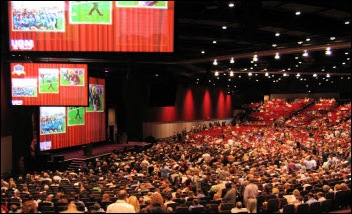 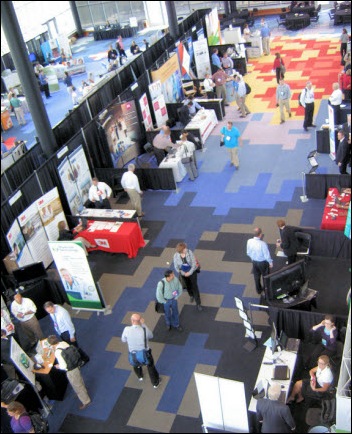 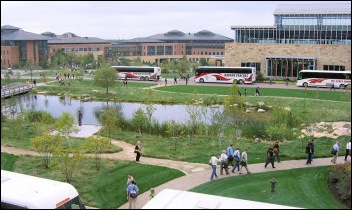 The Government Accountability Office appoints 19 members to its Patient-Centered Outcomes Research Institute, which was authorized under the Patient Protection and Affordable Care Act. It’s a big deal: this group will get $500 million per year of the $1.1 billion in ARRA money set aside for comparative effectiveness research, including setting research priorities and overseeing clinical trials. CMS can use its results for what sounds like setting co-pays that will encourage more effective treatments. The dean of UCLA’s medical school will head the group.

A patient sues Medical City Dallas (TX) for mishandling her electronic medical records after being called by collectors claiming she owed money for psychiatric treatment. The hospital had mistakenly chosen her medical record for that of an uncooperative psych patient with the same name, then merged the two accounts. Afterward, the hospital sent her a letter saying they would fix the problem, she got more collector calls, and she found the same patient had been admitted again and the same mistake had been made.

Greenway announces the start of its two-day, regionally-offered Meaningful Use training sessions for customers.

It would be fascinating to know why (heavy vendor response?) 75% of readers wouldn’t use a free, ad-supported EMR. New poll to your right: are the product ratings offered by KLAS representative of product performance in a way that’s useful to providers?

An ISMP survey finds that providers are exasperated with never-ending drug shortages. For those unfamiliar, let me explain why that’s a big deal for hospitals. Sometimes there’s only one source of a given drug, meaning doctors are forced to order alternatives they don’t know much about, often drugs that are less effective or more dangerous. Nurse are suddenly looking at unfamiliar drug packages, increasing the chance of medication error. From an IT standpoint, systems have to be changed: automated dispensing cabinets have to be set up for the new item, CPOE and pharmacy systems may require modification, and any systems that read drug bar codes must be re-programmed. Imagine being a high-acuity patient and finding out that your anesthesiologist or surgeon can’t have his or her critical drug, which they know inside and out from years of predictable use, and instead will be rolling the dice on some alternative they’ve already judged inferior, all because a drug company is mysteriously out of the A-team product. Nobody seems to know why shortages happen, but speculation usually runs to the cynical in my hospital: scumbag pharma tactics, wholesaler market fixing, and hoarding by other facilities who hear shortage rumors (that hoarding is often by us, I should add, since we’re just as unhappy about running out of drugs as anyone else and we don’t hesitate to use our clout to jump the line).

The FCC opens up “super WiFi”, the white space airwaves formerly taken up by analog TV signals, a boon for wireless device and service vendors (including those selling hospital technology). An early adopter is rumored to be Microsoft, which supposedly needed only two towers instead of thousands of routers to cover 500 acres on its Redmond campus. Strange: country singer Dolly Parton filed a complaint – she’s worried about the effect on wireless microphones.

This should fuel the usual HIT takeover rumors: Oracle’s Larry Ellison says the company’s string of acquisitions will selectively continue with semiconductor companies and vendors of industry-specific software.

This is scary, especially since it’s probably true here: the #1 organization that graduating college students in Canada would most like to work for is the federal government.