From Teaberry: “Re: Verizon vs. Comcast. To provide the secure backbone for HIEs.” I keep hearing that Comcast will make some big healthcare moves soon, so we’ll see if that’s one of them.

From Eclipsys Observer: “Re: Allscripts and Eclipsys leaders. Under fire and intense scrutiny as the merger unfolds. The Newco has not identified a single product management leader, with John Gomez and Jon Zimmerman vying for power. Rumor is that Gomez is in the lead.” Unverified. 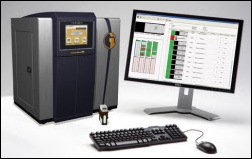 From DigiGuy: “Re: Roche/Ventana purchases BioImagene. You probably knew about it before it happened.” The Swiss drug maker will pay $100 million in cash to acquire the privately held California-based BioImagene, which sells a digital pathology system (slide scanner, biomarker analysis software, workflow, etc.) for tissue-based cancer diagnostics. The drug makers are struggling for some reason (prescription prices make that hard to believe) and are all over personalized medicine.

From WhatDoYa Know: “Re: Yale CIO job. [name omitted] is in line for it.” I left out the name while I wait to hear back from that person. Lack of response usually means confirmation. I’m waiting on that rumored Siemens surgery system vendor acquisition since John Glaser didn’t reply when I e-mailed.

From Toomer: “Re: Ingenix. I bet their next acquisition will be iSoft.” That wouldn’t surprise me, although I don’t know how interested they’d be in a company with minimal US presence.

From Wildcat Well: “Re: NJ’s HIE program. They held a conference call Friday for fielding questions from EMR vendors. The good Garden State showed themselves to be sometimes unyielding, under-informed, and at times down right combative with EMR vendor participants.” Unverified. I can’t decide if that’s necessarily a bad thing.

From Oregon Lab Guy: “Re: Portland weekly tabloid article about open source and HIT’s ‘gold rush.’ It suggests that we have ‘thousands’ of EHR experts roaming the streets of the Rose City – OHSU must have a big lecture hall!” The article says that Portland is the country’s open source capital even though the big companies took ideas and people from there and moved elsewhere. It bemoans the lack of follow-through with good ideas born there, mentioning that Portland’s techies have a reputation for wanting to head out at 5:00 each day (kudos to them). It’s a pretty good article, using the cynical mandatory EMR analogy that I thought I made up — requiring restaurants to use electronic order-taking and processing to improve their efficiency and reduce mistakes. Above is a July OSCON lecture on open source in HIT from Deborah Bryant of the OSU Open Source Lab.

Cumberland Consulting Group is named to Inc. magazine’s Top 5000 Fastest-Growing Private Companies for the second straight year, a nod to its 34% growth and its increase from 53 to 91 consultants in the past year.

Former Allscripts COO Ben Bulkley is named president and CEO of Fluidnet, an Amesbury, MA maker of what looks like a pretty sweet IV pump.

PerfectServe announces its Clinician iPhone application, which works with its system to allow doctors to make calls using the internal directory and manage their on-call schedules and notification preferences.

Ingenix completes its acquisition of Picis. That didn’t take long.

HITECH and MyEMRChoice.com are written up in the Philadelphia paper.

McKesson CEO John Hammergren is chairing the search committee of HP’s board that will choose a successor for ousted CEO Mark Hurd.

A PHI-containing and apparently encryption-free laptop is stolen from the University of Kentucky Medical Center.

From KISS: “Re: (Company X). Is it me or do these guys have the worst elevator pitch ever?” I left out the vendor’s name, but I agree that it’s a pretty bad pitch when you can’t figure out what the company sells. It’s a shame that so many companies get caught up with using all these non-descriptive but trendy buzz words in an attempt to pitch their products. As Mr. H says, “they get too highfalutin’”. Note to marketing types: Keep It Simple Stupid for those of us who don’t want to read/hear your pitch more than once just to understand what you’re offering. 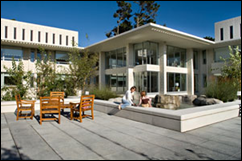 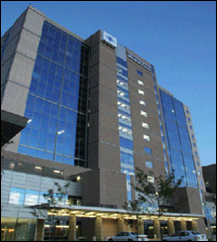 Intermountain Healthcare (UT) contracts with The Advisory Board Company for its OptiLink patient acuity solution.

BayCare Health System (FL) confirms news we reported over a month ago: Tim Thompson, most recently CIO at the Methodist Hospital System, is BaycCare’s new CIO.

Mahaska County Hospital (IA) fires two employees for snooping in patient medical records for purely personal reasons. The violated patients included the ex-wife of a current boyfriend, an ex-husband, a husband, the mother of an adopted child, and a hospital volunteer. Ah…it is so tempting to ignore the law and common sense and just be nosy. 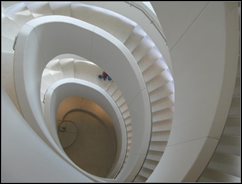 Epic moves into Heaven and the local papers have photos to prove it. The Madison and Verona papers provide updates on Epic System’s newest building (Heaven), which includes a curving, stainless steel slide that lets employees shoot from the first floor down to underground parking. With Campus 2 scheduled for completion next year, Epic is now contemplating a third campus. Judy — send me an invite because I really want to try out the slide.

The North Texas REC selects WaveTwo, LLC as an official agent, tasked with helping physicians to implement EHRs and qualify for economic incentives. 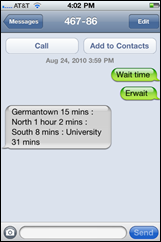 I’m guessing that someone at Methodist Le Bonheur Healthcare (TN) has not signed the Oprah No Phone Zone pledge. The hospital says it will post updates on ER wait times every two minutes. The information can be accessed via Methodist’s Web site or by texting ERwait on a mobile phone. OK, I know they are not the only hospital offering this type service and I don’t mean to pick on them, but for some reason when I read their announcement, I envision a driver speeding down a highway while texting for wait times while looking in the rear view mirror to the back seat at a child holding his arm and screaming in agony. But really, I am sure it is a great service. So great that I see that MetroWest Medical Center (MA) is launching a similar program.

Canton-Potsdam Hospital (NY) names Jorge C. Grillo its new CIO. One of his priorities will be the implementation of a $2 million EHR system (Meditech, I believe.) He’s the former CIO of the Island of Bermuda’s Hospital System (sounds like a nice gig),

KLAS takes a look at RIS, awarding the top satisfaction rating to Epic Radiant in the 200+ bed hospital market. Avero interWorks and NovaRad tie for the number one spot in the community hospital market segment and FUJIFILM Synapse IS is the leader in the ambulatory market. The top four functionality items on providers’ wish lists include management reporting tools, flexible scheduling, rollout of mammography tools, and critical test results management functionality.

Modern Healthcare readers vote President Obama the most powerful person in healthcare. Lots of politicians and policy wonks fill out spots 2 through 100 on the magazine’s annual ranking of the 100 Most Powerful People in Healthcare. Rumor has it that Mr. H came in at #101.