I’m flying solo today as Mr. H takes a well-deserved long weekend. However, before he headed out, he forwarded this note regarding AT&T’s just introduced data plans, which aim to make mobile Internet use more affordable for the masses.

Here’s my opinion – I don’t use an iPhone, but with a $15 data plan that would probably be plenty for me, I may well get one. That’s the same price as the old MediaNet subscription from AT&T.

Why I think it’s smart: few users will pay more, but AT&T will grab more subscribers like me who will create a nice revenue stream of $15 per month for consuming minimal bandwidth (and get those folks sending more of the high-profit text messages).

I think the headlines are wrong — the news isn’t the end of all-you-can-eat data plans, it’s the beginning of an inexpensive way for average users to get the benefits of an iPhone for half the price. And if Apple does offer Verizon as an option, Verizon will have to decide whether to market to the heavy users at the $30 price or match AT&T’s pricing to attract average users.

On the downside, this change doesn’t help the issue of overall system capacity for all that bandwidth. It may even make it worse since the power users probably won’t change their habits and the newcomers will create a new demand. 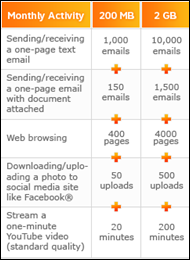 And here’s my two cents. Remember the old days, before unlimited voice minutes and unlimited text messaging?  I recall once thinking I would never exceed 60 minutes of airtime a month, especially since extra minutes were $.25 each. Or that I’d never use 200 text messages a month (extra messages cost $.10 each.) Today I have unlimited everything because I’ve become dependent on these tools, as have the people I communicate with. I predict that a lot of newbie smartphone users will quickly discover that 200MB doesn’t go too far if you are using e-mail, trading photos, and uploading Youtube videos.

A US District Court judge throws out the securities fraud convictions of two former Medical Manager execs, saying the case exceed the five-year statute of limitations. In March, former president John Kang and former VP and COO John Sessions were found guilty of conspiracy to commit mail, wire, and securities fraud for fraudulently inflating and reporting WebMD’s earnings and revenues by $16.8 million over a six year period. The judge also criticized the government’s prosecution of what he called “probably the most expensive case in the history of the world.”

AHRQ introduces free software designed to make it easier and faster for a state, hospital, or other healthcare organization analyze and post healthcare quality data. The new “My Own Network powered by AHRQ” or MONAHRQ can be downloaded here.

Five critical access hospitals sign on to implement NextGen Inpatient Clinicals (the old Opus Healthcare product.) Several of the clients already use NextGen Inpatient Financials (developed by the former Sphere Health Systems.)_ In other words, NextGen seems to be getting traction from its two recent acquisitions. 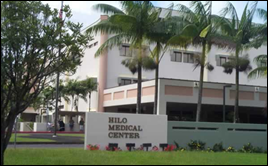 The State of Minnesota awards a contract to MEDecision to provide PHR technology to the state’s employees and their dependents. 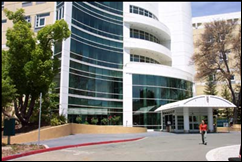 IBM joins the Eastern versus Western Medicine debate, introducing a new tool to analyze medical records at South China’s largest traditional hospital. IBM’s Healthcare Information Warehouse system will be used to investigate the effectiveness of Eastern and Western approaches for treating chronic kidney disease. The warehousing system will store and synthesize EMR data that may ultimately determine if particular combinations of Eastern and Western treatments are most effective.

Eight pediatric hospitals top US News Media Group’s rankings of Best Children’s Hospitals. The rankings were based on reputation, medical outcomes, and care-related indicators of quality. 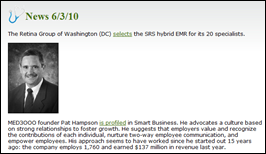 What you missed if you didn’t read yesterday’s HIStalk Practice: highlights from a profile on MED3OOO founder Pat Hampson; Ohio’s plan to pay a big chunk of HIT costs for practices willing to serve as training centers for patient-medical homes; and, Manatt Health Solutions exams the status of HITECH (they conclude it’s going to be tough for a lot of small practices to qualify for MU and RECs may find it challenging to maintain long-term sustainability.)

I realize a lot of readers don’t feel their weekend is complete until they see Mr. H’s Monday Morning Update. I really don’t know if Mrs. H is going to allow Mr. H to get on the computer this weekend, so I’m hoping you die-hards will be able to figure out an alternative form of entertainment.