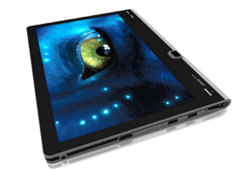 From The PACS Designer: “Re: an iPad challenger arrives. While the iPad gets all the press briefings, there’s a similar device called the Notion Ink Adam, brought to TPD’s attention courtesy of a posting by Michelle W. on HIStalk. It looks pretty cool, operates using the Tegra-Android platform, and best of all, it only weighs 1.35 pounds.” The company says they won’t release it until Flash works, which is probably a big mistake since the iPad doesn’t support Flash either and they’re letting Apple saturate the market in the meantime. It’s supposedly coming out in June for around $300, which would be an attractive price point if it works as advertised.

From Ex-Cerner Guy: “Re: Millennium and FDA’s MAUDE database. Not a huge surprise. Orders in Clinicals and FirstNet were designed and written by non-clinicians, with implementation done by non-clinicians. Try to find a Cerner Physician Executive in the field with more than two years under his or her belt. The referenced problem was evident at the Children’s Boston roll-out of FirstNet. From a sales standpoint, we used WYSIWYG-YBLI: what you see is what you get, you better like it.” Unverified.

From NorwichSammy: “Re: William Backus Hospital. Their attempt at digital cardiac access using GE’s Muse has been a big flop. It seems that paper trails are more effective for the clinicians.” Unverified.

From NoSleep: “Re: Hackensack University Medical Center (NJ). They successfully went live with Epic on May 1. It was a big bang cutover of all inpatient units, ED, radiology and several outpatient departments including nursing documentation, mandated CPOE, and medical device integration. Epic Ambulatory EMR and Practice Management will go live starting July 1, including both hospital and private practices in the rollout schedule. Rather than hire additional FTEs or engage consultants to implement Epic, HUMC recruited clinical and operational staff from within the organization, consolidated them within IT, and sent them to be trained and certified by Epic. As a result, the project was implemented on schedule and under budget. HUMC will retain its own in-house staff with expertise to support Epic.” 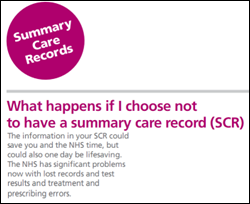 From the desk of Weird News Andy: a guy in Austria missing both arms passes his driving test by using a mind-controlled robotic arm. In England, a transsexual challenges NHS’s decision not to pay for her breast enlargement operation, claiming her female social life isn’t that great and that local street kids are calling her names because she doesn’t look like a woman. WNA editorializes a bit: “So, how many cancer patients won’t get the drugs they need to live so she can feel good about her appearance? How about, oh, I don’t know, paying for it yourself?” Lastly, WNA notices that NHS is using fear to convince patients to opt in to its Summary Care Record, warning them that its propensity to lose paperwork may expose them to NHS errors if they don’t sign up.

SAP will buy Sybase for $5.8 billion. I hadn’t thought about Sybase for years since its healthcare dabblings have been infrequent and uninspired, but maybe I missed something.

Inga and I are a little behind, as evidenced by folks who are re-sending us e-mails when we don’t respond immediately (connected world expectations are sometimes unreasonable, I’ve noticed). We will catch up, I promise, but it may take a couple of days. Darned day jobs.

Abu Dhabi Health Services Company extends its Cerner deal to cover all applications for all of its areas, including its Lighthouse quality improvement solution. 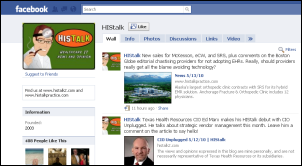 Housekeeping: check out the Jobs Page. Drop your e-mail address in the Subscribe to Updates box to your upper right to get immediate notification when I write something new. The search box to your right now uses the new search engine I installed, so it covers all HIStalk sites (HIStalk, HIStalk Practice, and HIStalk Mobile.) The “Find us on Facebook” box to your right has adorable pictures of HIStalk readers, but also a link to our Facebook page (which Inga and I are using more often) and the thumb-up icon that gives us a Like when you click (thus temporarily soothing our raging insecurities). And as always, please support our sponsors by perusing and clicking their ads to your left, since they in turn will be motivated to continue supporting HIStalk. Thank you.

McKesson signs a big deal to implement PACS in Ireland.

How to tell you’re a hospital fanboy: when on vacation, you can’t resist following the blue signs to check out hospitals you’ve not seen. I knew a hospital executive who carried an AHA guide in his car and would choose routes that would let him check out all the hospitals along the way. He’s probably still doing it, only now with a GPS.

McKesson shares hit a 52-week high after analyst upgrades, although still below their 1998 (pre-HBOC scandal) prices. Thursday’s closing price was $68.99.

Genesis HealthCare System (OH) will spend $40 million on an unnamed EMR (it’s Epic, of course, which should be obvious given the price and the fact that nearly every major sale is theirs these days). 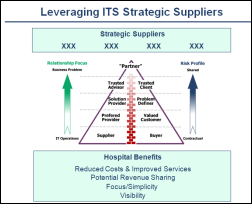 I see that Ed Marx’s first column here generated many comments about HIT vendor relationships. I thought both those who agreed and those who didn’t made their points quite well. Inga is sending out Ed’s PowerPoint as promised to all who commented and provided an e-mail address.

Integrated Document Solutions says it has implemented a cloud-based, RIS-less teleradiology system driven entirely by speech recognition and templates, all within 30 days.

A now-fired hospital employee of Perry Hospital (TX) is being investigated by police after allegedly using a doctor’s password to sign off on mammograms. The hospital has contacted 900 patients to have theirs redone.

A Forbes editorial by PatientKeeper CEO Paul Brient notes that all three technologies covered by Meaningful Use have been around for two decades, failed to hit double-digit adoption, and were avoided because they couldn’t pay their own way.

Odd: several dozen New Mexico residents are surprised to find themselves named as plaintiffs in a lawsuit against the local hospital. Most of them signed what they thought was a petition because a local guy asked them to.

A CIO involved in an HIS search shared with me his observation that the vendors that spent more time in due diligence gave better demos that met the hospital’s needs. A good reminder that cutting corners in the sales process can cut you right out of a deal.

Medical transcription provider MedQuist releases its Q1 financials, which included a 6.3% decline in revenues to $74 million. Net income, however, grew from last year’s $6.8 million to $7.3 million. The company blames the revenue decline on poor February weather, which it says negatively impacted its transcription volume. 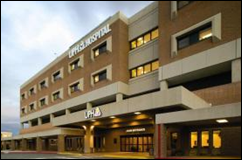 University Physicians Hospital (AZ) will use EmergisoftED for ED patient tracking and nursing and physician documentation.

Here’s an interesting project to watch. SunCoast Health Partners is a joint venture between the SunCoast RHIO (FL) and for-profit partners. Using MedLink’s RHIO Financial Stability Model, SunCoast plans to offer products and services to over 500 practices in the RHIO, betting that providers will need clinical data to support their EHR investment. They expect to generate sales of over $4 million year in the first year and more than $7 million in the next four years.

And from a few of our much-appreciated sponsors, here are some quick updates: