From You’ll Know Who: “Re: McKesson. Pat Blake (Pam Pure’s replacement) just announced that he has moved Sunny Sunyal to the dreaded position of ‘strategic initiatives’ and will move Dave Souerwine into the MPT President role. Dave is moving from Pittsburgh, where he ran Automation (home of the cabinets and AdminRx).” Unverified. No changes on the Web site yet. Obviously this would be huge news if it’s true. Update 4/21 1:00 PM Eastern: McKesson’s Web site has been updated, verifying the rumor as reported and giving Dave Souerwine’s start date as MPT president as April 10.

From Dmitri: “Re: Advisory Board. Dave Garets and Mike Davis, the band formerly known as Gartner Group’s non-physician Thought Leaders and HIMSS Analytics, are duplicating the Gartner model of research reports, access to analysts, targeted benchmarking services, and targeted consulting services. Interesting move in that they will bring a wider than just IT view to provider-side IT.” ABCO stock has recovered nicely from its March 2009 dip to less than $15, climbing back to $34.30 today for a cap of $530 million.

From amMUSEd: “Re: MUSE. It looks like only 100 or so customers are attending out of Meditech’s 1200ish installed, less than a dismal 10% attending their premiere conference. I wonder if all the confusion around the migration to Focus 6.0 has scared them away or whether the economy is just killing the event? Thoughts?”

From Gary Playa: “Re: recall. Did you see this?” I’m not familiar with the process or the site, but it appears that Picis has recalled its Caresuite version 5.1 modules for anesthesia, PACU, and critical care in Canada (which if I remember correctly, regulates medical software much like the US FDA regulates drugs). I found a long list of health-related recalls of many types on Health Canada’s site, so I’d take this more as an interesting observation of how Canadian medical software regulations work than anything specific to one vendor. I don’t see why we don’t have something like that in the US.

From Certifiable: “Re: Cerner. A rare big-hospital win of Cerner over Epic: Northwestern Memorial in Chicago.” I should mention that well-placed sources suggest that Cerner is not, in fact, at the Yale-New Haven table as a reader reported earlier. The hospital will either find the money for Epic or stick with Eclipsys.

From HIS Junkie: “Re: CMS. Stop the implementations  … just of the presses: ‘Medicare payments to acute-care hospitals for inpatient services will decline by 0.1% or $142 million in fiscal 2011 under a proposed rule issued by the CMS.’ Since the MU penalty is tied to the Medicare adjustment, that means if I don’t meet MU criteria, they will reduce my adjustment by 33%. So as a math major I know 33% * -0.1 = +3.3% increase! Really though, with CMS wanting to cut doc payments by 21% and now hospitals 0.1%, do we really expect there to be MU bonuses at the end of the EMR rainbow?”

A Calgary radiology professor’s company gets Health Canada approval for its iPhone medical image viewing application, now being tested at some American sites.

Speaking of Apple, its stock is flying after announcing a 90% increase in net income for Q2 with an amazing 8.7 million iPhones sold in the quarter. The three-year-old iPhone revenue contributed 40% of Apple’s total. Apple’s market cap is at $222 billion, not far behind Microsoft’s $275 billion.

Weird News Andy has competition from Bizarro Jim, who notes this story from Ireland in which a surgeon who mistakenly cut off a patient’s testicle instead of just the cyst growing on it was also charged with injecting himself with meds intended for a patient. Not to be outdone, WNA parries and thrusts with this story about a British woman with Foreign Accent Syndrome – following a severe migraine attack, she suddenly starts speaking with a Chinese accent, about which the inquisitive and insensitive WNA queries, “How does she ask for an Advil now?” And this, about which WNA  expresses hope that it isn’t near the food court: a mall celebrates Colorectal Cancer Awareness Month by erecting a 40-foot-long Coco the Colossal Colon that visitors can crawl through.

Apparently everyone wants to be WNA: EHR Geek finds this story about a 10-year-old boy who is nearly struck by a laptop that fell from a medical helicopter leaving the local hospital. EHR Geek wonders if there are HIPAA implications. 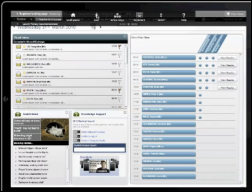 Kaweah Delta Health Care District (CA) will roll out 100 iPads within the next few weeks, loading them with e-mail, medical image viewers, and EKG viewers, all running under the Citrix virtual desktop. The hospital also says that 20 docs have already bought their own.

The National Cancer Institute will release a lightweight oncology EHR based on HL7 CDA, giving oncologists a way to push oncology encounter information through a Web interface that could send it to PHRs, to other providers, or directly to consumers. SAIC and Microsoft are providing assistance. NCI says it will meet Meaningful Use requirements, but whether it does or not, it sounds like a fantastic idea to me. Onc records are complex and vital from one visit to the next.

Indiana-based cardiology EHR vendor GEMMS will expand its headcount of 40 to more than 100 within the next five years, with hiring starting immediately.

The Securities and Exchange Commission launches an investigation into Jackson Health System (FL) to determine whether purchasers of $83 million worth of its A+ rated bonds were defrauded since the hospital announced a surprise $244 million loss right after the sale.

Several physicians and academic experts say the political will to implement national standards appears non-existent. EHR vendors are fuming. Health Canada stepped into the fray by introducing new certification and licensing requirements, some of which are fuzzy. Canada Health Infoway, meanwhile, has thrown its hands into the air and says it has no authority to compel provinces to comply with national standards. And federal Auditor General Sheila Fraser will again wade into the murky EHR waters on Tuesday by updating a November 2009 report that concluded Infoway has had little success in removing interprovincial barriers and, therefore, little “assurance that EHR systems will be correctly implemented.”

The CEO of Westchester Medical Center (NY) is fined $3,000 for letting Cardinal Health, which runs the hospital’s pharmacy department, pay for his hotel and limo at a conference.

From ImageThis: “Re: voice recognition. Love to awaken every day to read the HIStalk news, very useful and insightful. As a vendor, I was intrigued by the recently mentioned study on PACS and was wondering what sort of voice recognition tools hospitals will be buying for imaging. Appreciate any feedback.” I’m sure that we have readers who can discuss this more authoritatively than me, so I will defer to the voice/imaging gurus. 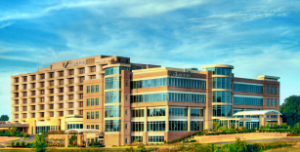 Clinics of North Texas select Allscripts EHR and PM for its 35-physician group.

Like this: McKesson employees from 130 different locations will create 32,000 Stop Diabetes care packages to distribute to fourth- and fifth-grade students. The initiative, which is intended to encourage healthier eating and more active lifestyles, is part of McKesson’s annual Community Days corporate citizenship program.

GE Healthcare says it added 12 new Centricity Perinatal clients in Q1, on top of  its installed base of 1,500 hospitals and health systems. GE also just announced its overall Q1 numbers, which included flat sales for its US Healthcare division. Healthcare as a whole had a “strong quarter” with $3.8 billion in orders, up 5% from the previous year. Overall EPS was $.16 with revenue of $36.6 billion.

Physicians working in hospital-owned outpatient facilities will be eligible for stimulus incentive payments, assuming they demonstrate meaningful use of EHRs. Congress passed a new bill which gives more physicians the ability to quality for funds, including an additional 13-17% of family physicians. Physicians working primarily in the ER and in inpatient settings are still excluded. Meanwhile, Congressmen Patrick Kennedy and Tim Murphy introduce legislation allowing behavioral, mental health, and substance abuse treatment provides to qualify for meaningful use of EHRs. 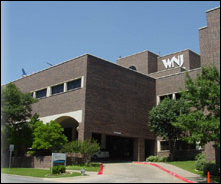 Happy anniversary to HIStalk sponsor Stratus Technologies, which celebrates 30 years in business on May 5th. To mark the milestone, they found the client that has been running its high-availability Stratus server the longest with no unscheduled outages. The winner was a Michigan manufacturing firm that’s had the same server since 1993. In case you don’t recall what you were doing in 1993, note that Clinton was president, Intel shipped its first Pentium chips, and Whitney Houston topped the charts with “I Will Always Love You” (I am sure someone finds this last fact significant). Highmark has also been running a Stratus server for quite a while: the company installed its EDI server 2001 and hasn’t rebooted in four (!) years.

Royal Philips Electronics releases its Q1 numbers, which included $270.8 million in net income, compared to last year’s $79.5 million loss. The Healthcare division grew equipment orders 20% over last year, though US orders rose only 7%. Most of the growth was driven by sales of clinical and imaging systems.