From Madrigal: “Re: letter sent to Meditech customers on December 21.” Unverified, but here’s what the reader sent:

I am happy to announce that effective January 1, 2010, the products, functions, and staff of Patient Care Technologies, Inc. (PtCT) will be fully merged into MEDITECH. PtCT will no longer exist as a separate entity, and all divisions within PtCT will report through MEDITECH’s organizational structure. PtCT’s products will become part of MEDITECH’s HCIS, and will include three offerings: Home Health, Hospice, and well@home Telehealth.

From Lee Morningwood: “Re: Wellogic. Did you decide not to expose them?” I hadn’t named the Cambridge, MA HIE vendor by name, but I received several e-mails purporting to be from former employees back in August. They made a number of claims about the company. I exchanged a couple of e-mails with the CEO and sent him a list of questions, but didn’t hear back. So, all I know now is what I knew then: JobVent said in November 2006 that Wellogic asked it to remove negative postings about the company and Wellogic’s 24-hour support line rang to voice mail (and still did when I tried it today, despite the CEO’s assurance in August that it was a temporary problem due to a telephone system switchover). Meanwhile, I see that JobVent has several recent postings of unknown veracity about the company that repeat some of the same claims that I got by e-mail.

From RocketRobo: “Re: Cerner. The Vancouver Island Health Authority gets local media mention for their $67M Cerner implementation. Five years to bring up the first four hospitals, another three years to bring the rest up. A lot of remote communities will benefit from this model.”

From Ed: “Re: update. Is an update available on the rumor that a major health system will cancel its outsourcing agreement?” I mentioned previously that I had received a couple of anonymous e-mails claiming a big outsourcing contract will be cancelled in early January. The client was supposedly Ascension Health and the vendor CSC, with which Ascension signed a ten-year, $1.4 billion agreement in 2004. Ascension CIO Mark Barner did not return my e-mail of December 8. Therefore, it’s just a rumor – for now. 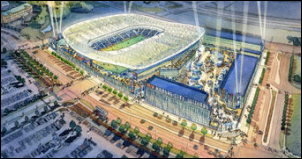 Construction begins on the future Kansas home of the Kansas City Wizards soccer team and 4,000 Cerner employees, encouraged by $230 million in incentives offered by an apparently desperate Kansas. This architectural rendering is apparently from Neal’s perspective as he can happily note that the parking lot is substantially full and all the Wizards are hard at work, although the pizza delivery vehicle is difficult to discern.

The DoD-VA IT integration project will be delayed for up to two years after a Pentagon review discovers an “inappropriate and potentially unethical relationship” between a DoD manager and the CEO of network performance technology vendor Adara Networks. The tiny company was reported to be under a DoD investigation in July after paying $240,000 in lobbying fees and then getting earmarked funds from Sen. Thad Cochran of Mississippi.

ONCHIT announced $80 million in grants for HIT training last month. Now comes another $38 million for universities for competency assessment and certificate programs. I’m picturing David Blumenthal wielding one of those tee shirt shooter guns like you see at sporting events, launching $5 million packets of taxpayer currency to crowds of handout-hungry universities. HIT Geek sends this assessment: “Why not a program to re-employ the many skilled workers who have been laid off from healthcare IT vendors due to the economic downturn? No need to train them, and they are available immediately.”

Speaking of David Blumenthal, he declares that ONCHIT’s advisory work group meetings will be open to the public starting January 1. Modern Healthcare reporter Joe Conn had called them on it, questioning whether “it was appropriate to close the meetings even if they had legal authority to do so” considering the President’s recent open government order. Suddenly, Blumenthal’s blog cheers the “no closed meetings” idea like he had just thought it up, declaring that “we want to do more to bring you into the conversation” without referencing the earlier resistance to open meetings (and a somewhat haughty-sounding defense of the practice). It’s a good move, but a simple “we were wrong” would have been nice, especially since I bet the closed door meetings were inconsequential anyway. 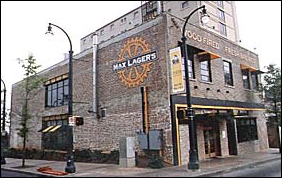 The HIStalk party at HIMSS will be Monday, March 1 at 7:00 at Max Lager’s, a short walk from the Georgia World Congress Center. Thanks to primary sponsor Encore Health Resources. Ivo Nelson and Dana Sellers know how to throw a bash, as several of you mentioned by e-mail after the last conference in Chicago. More to come, including the usual online RSVP.

Two unnamed Mayo Clinic employees, one of them a doctor, are fired for violating privacy policies.

I was in the Apple store today (Saturday, the day after Christmas). Recession or not, it was packed with buyers, not returners. A big announcement is supposedly coming in January, which I’d speculate is its rumored tablet offering. I was feeling up the Mac Mini, which is a cool little $599 computer for PC’ers like me who don’t need to re-buy a monitor and keyboard.

Recent articles aside, EMR adopters shouldn’t put too much stock in the results realized by users who preceded them, according to my last poll. New poll to your right: when I asked John Gomez from Eclipsys about Epic’s dominance, he said, “But when you get into the real serious acute care, when you get into the real treatment of very, very sick patients; to the best of my knowledge, I don’t know if they’ve proven themselves yet.” Do you think Epic has proved itself in that regard?

Creepy: a Canadian inventor creates a robotic dream girl that speaks 13,000 sentences in two languages, recognizes faces, plays games, and slaps anyone who paws her. Her “husband” says she’s the perfect woman because she “is always helpful and never complains.” He hopes his robot can serve as a home health companion, which I’m guessing could be funded by selling it for seedier purposes.

Finnish doctors have the same EMR gripes as US ones, according to this Helsinki newspaper article: work slowdowns, lack of an easily understood abstract of immense amounts of information, and decreased time with patients due to increased time entering data. “Software companies have started to become interested in listening to users only in recent years,” a board member of the Finnish Medical Association said.