From Lucky13: “Re: Healthland. A letter from our account rep today – we are a Healthland (formerly Dairyland). Thanks! Love the blog … I have learned so much about our industry through it.” Healthland (the former Dairyland) announces that it has acquired small hospital HIS vendor American Healthnet. A snip from the letter: “Not only are we staying the course with Healthland solutions and our product roadmap, we expect to continue improvements across the board in how we support and service your hospital and staff. This includes launching new modules and enhancements you’ve been waiting for — like Emergency Department, Long-Term Care, Home Health, and others.” Thanks for sending it over.

From Kyle: “Re: conference. I’ve been a reader for a little bit now and found out about an event through my school. Loma Linda’s School of Public Health is hosting the Southern California Health Care Summit on October 29 at the Ontario Convention Center. The conference will be a chance to earn FACHE credits and learn about some the latest trends in HIT. They are billing it as the West Coast’s version of the World Health Care Congress.” Thanks.

She’s not a doctor, but she plays one on TV: an Obama campaign volunteer admits that she claimed to be a doctor in praising Obama’s health reform plan at the town hall meeting of Congresswoman Sheila Jackson Lee of Texas. 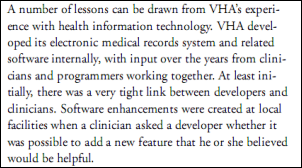 Former A4/Allscripts executive David Bond gets out of healthcare to develop a social networking site for teen athletes, earning kudos from former boss John McConnell (who did the same, now running his string of high-end golf courses).

A couple of readers wisely suggested that I not consider running nondisclosure language from vendor contracts. Reasons: (a) it might identify the client since terms are often customized; (b) it might violate vendor privacy requirements and get a client or me in trouble; (c) clients might not want to share anyway since they may like the idea of being prohibited from sharing patient safety information. A couple of vendors e-mailed to say they don’t include such terms. I’d  be very surprised if Cerner and Epic don’t based on my limited history with them.

A hospital in Taiwan implements a PBX-to-Skype gateway that allows free calling between nursing stations and its computers-on-wheels. Each COW has a USB handset tied into the hospital PBX so that employees can make and take Skype calls on regular phones. I Googled around and the four simultaneous calls version of the VoSKY appliance costs $1,500. 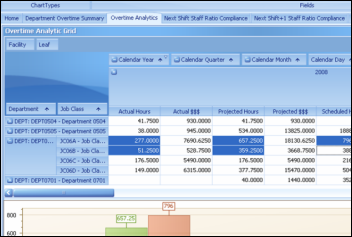 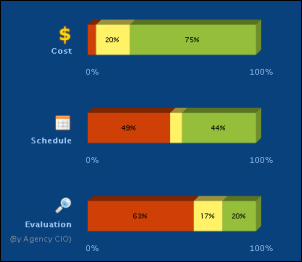 The federal government rolls out a very Web 2.0-ish IT Dashboard that gives a quick green-yellow-red report like that of the VA above.

In Australia, iSoft reports a 50% increase in revenue and 143% increase in profit, also predicting 10% sales growth for 2010.

Oracle’s Larry Ellison made $557 million in compensation in 2008, but was still #2 to the CEO of Blackstone Groups, who took home $702 million.