From Louis Crabb: “Re: acronyms. This site is useful.” Link. It sure is. I tried some fairly obscure healthcare IT acronyms and they were all there. Some cool tools are bundled with the search, too. Industry noobs should look there for starters when facing an unfamiliar acronym. Good find.

From Dean Sittig: “Re: tagging articles by vendor. Why not just have them use the Google site search option, or go to Google and enter: topic site:histalk2.com. I’m a big fan of search, not a big fan of human-curated site indexes. That is what killed Yahoo.” I agree, but I’m not quite sure why Google doesn’t seem to index everything on the site. It also doesn’t separate interesting stuff from trivial mentions. I suppose it would be like indexing the newspaper – technically correct, but still only somewhat useful in trying to locate useful content.

From The PACS Designer: “Re: CCR. Since the Continuity of Care Record (CCR) created by the ASTM International E31 Healthcare Informatics Committee has been out for awhile, it was great to read that Microsoft has incorporated the CCR into their Amalga Unified Intelligence System offering. TPD was a member of the E31.28 Technical Subcommittee for Electronic Health Records that created the CCR document for caregivers and patients.” Link.

From Stifler’s Mom: “Re: Wal-Mart. I thought you’d appreciate this article about a reluctant Wal-Mart clinic visit.” Link. It’s a fun story by an admitted anti-Wal-Mart bigot who left its contracted retail clinic impressed. “As I head out into the brightly lit parking lot, I realize that this has been the easiest, most gratifying (and sociologically fascinating) trip to the doctor I’ve ever experienced. I realize that when it comes down to it—it being my thin wallet, of course, and, well, my health—there is really no way of getting around the truth. Wal-Mart did not save my life. But damn if it didn’t give me what every hard-working American deserves. And damn if I didn’t feel, dare I even say it, lucky.”

Pretty good Q3 numbers for Mediware: revenue up 4%, EPS $0.06 vs. $0.04, which the company attributes to its Hann’s On acquisition and its partnership with IntraNexus.

Welcome to new HIStalk Platinum Sponsor e-MDs of Austin, TX. They’re new to HIStalk, but are also a Platinum Sponsor of HIStalk Practice, which we appreciate. They have the coolest-looking Web site I’ve seen, which includes an EHR Discussions blog with a lot of ARRA information. Here’s Dr. Eric Fishman’s interview with founder David Winn, MD, FAAP, who says he wrote his initial product in Paradox and PAL (we old-timers know about that). Thanks to e-MDs for supporting HIStalk.

Four hospitals and 15 clinics in UAE are live on Cerner Millennium.

This is a good interview (in six parts) with Omnicell CEO Randy Lipps. Talking about his experience with his hospitalized child: “I was looking at a nurse who was highly paid and highly trained, and it seemed like 75% of her work was what a clerk would do. Because my daughter was on a ventilator there were a lot of disposables. My daughter had dedicated nurses, and I saw the entire cycle. When the next nurse came in she would start fumbling around the drawers, looking for stuff. I would tell her where the previous nurse had stored her stuff. The each had their own secret stash of supplies because the supply chain within the walls of the hospital was so broken. They all had their own system to make sure they had the materials they needed for their jobs.” And speaking of competitor Pyxis: “Pyxis was a Street darling before they were acquired by our big competitor. They are a division of Cardinal now. They are a great company and I wanted to mimic them so much. When they got taken over by a large company, they stopped investing in R&D, and they stopped investing in customer service. In healthcare, especially with hospitals, it is not about selling product but creating a partnership.”

OK, so the big healthcare lobbying groups offered to cut healthcare costs. Sort of. Or, maybe cut the rate of rise a little (like me saying I’ll take less of an annual increase if you’ll let me keep goofing off as an employee). They agreed to everything, but nothing. They offered self-serving reform to make sure real reform doesn’t flare up. Remember Medicare Part D, the drug company windfall profit assurance act, that was pushed through by Congressman Billy Tauzin, who immediately quit to become the president of PhRMA, the drug company lobbying group that benefitted most from his political maneuvering? Those reform-minded folks are at the table, of course, with newfound heartfelt concerns about Joe Sixpack. There’s a long history of scumbaggery by some of those groups and the politicians who take their money. Want real reform? Impose it without their involvement. If they offered $2 trillion, $20 trillion should be about right for starters.

Massachusetts tried and failed to curb medically unnecessary ED visits, apparently, as the 47% rate of inappropriate utilization hasn’t changed, but costs have spiked 17% over two years.

Don’t forget that you can see recent comments on this page I created.

Michael William Freeman, son of Medicity RVP of sales Bill Freeman, has a role as Morgan Gutherie in the season finale of The Mentalist. Check him out next Tuesday at 9 Eastern.

McKesson is interested in acquiring more medical device companies from Israel, saying that country has companies that excel at linking medical devices with information technology.

A Cerner software guy invents Web Bootstrapper, a technology used in Cerner’s PHR that tailors a Web site’s display based on the speed of the device connecting to it, such as smart phones.

McKesson’s practice management people are staying in Dubuque, the GM says, now that the company’s office has moved to a technology park after leaving downtown Dubuque and laying employees off.

Famous neurosurgeon Ben Carson of Johns Hopkins (mentioned by Hopkins CIO Stephanie Reel when I interviewed her and holder of an amazing 50 honorary doctorates) is on the board of Physician Capital Group, started by a friend of his. Doctors input their fee-based activities into a BlackBerry or iPhone and the company pays immediately, but takes 12% as a commission while it waits on its own check from the insurance company. 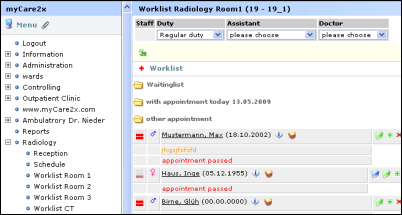 Open source software is touted as a good solution at the first Philippine eHealth and Telemedicine conference. I tracked down the company of one speaker, myCare2x, an Germany-based open source system (PHP, Apache, MySQL) that has a fully online live demo.

You knew it was coming: the husband of the first US resident to die of H1N1 is suing pork producer Smithfield Foods, whose Mexican farm is where “some believe” is where the virus originated.

Johns Hopkins Hospital is the latest medical facility to warn patients of potential data theft. The hospital sent a letter (warning: PDF) dated April 4 to the Maryland attorney general’s office alerting them that a former employee was suspected of fraud involving fake Virginia drivers’ licenses. The hospital first learned of potential problems on January 20 and notified 10,000 patients of their suspicions April 3.

Kathleen Sebelius names nine staffers to the Office of Health Reform. This is the office tasked with spearheading HHS’s efforts to pass health reform this year. A quick glance at the list suggests the staffers are mostly political appointees (former Obama campaign staffers and the like) along with one doctor. 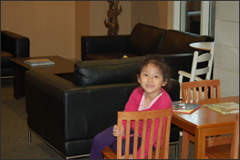 Our HIStalk Hero of the Week is Medicity, which donated $5,600 worth of IKEA furniture to help Ronald McDonald House Charities furnish a new wing at Cincinnati Children’s Hospital Medical Center. The sofa and assorted tables and chairs were originally acquired and used to furnish Medicity’s booth at HIMSS.

Shareholders of HealthSouth file a civil lawsuit against founder Richard Scrushy, asking him to pay $2.6 billion for his alleged role in a HealthSouth fraud scheme. Shareholders are asking Scrushy to repay salary, bonuses, and stock deals, as well as personal plane flights and breast implants for a singer he was promoting. Regardless of how the suit is settled, it’s unlikely Scrushy still has much money of his own. He’s in prison on a state bribery charge.

The LA Times releases an interview with Farrah Fawcett, which includes plenty of criticism for UCLA Medical Center’s failure to protect her privacy. When details of her cancer appeared in the National Enquirer, Fawcett was convinced the leaks originated from UCLA. She and her doctor eventually set up a sting operation, which led to an investigation by UCLA officials, who tracked the leaks to one particular employee. At the same time, UCLA repeatedly asked Fawcett to donate money to the hospital for a foundation to be set up in her name.

An English plumber visits his GP’s office after experiencing tremendous pain and bleeding from his belly button. The GP removes a 4 cm fetus, which was determined to be his parasitic twin – an identical twin brother that had died in their mother’s womb. Here’s the really icky part. The plumber had his brother’s fetus placed into a jar and took him home.