From Fourth Hansen Brother: "Re: big time Philips layoffs." Link. Philips will cut 1,600 jobs in its healthcare unit, along with raising prices and cutting other expenses. The North Andover, MA headquarters will get hit with100 layoffs.

From Aries Ram: "Re: Intel. Heard at the mid-year ATA show there was a small demo of Intel’s new home monitor. Comments were not endorsing, primarily based upon how data was displayed. Also, they had a slow booth at NAHC. Philips was busy … and picking up additional customers after Intel’s recall of acquired product.It isn’t always about the bells and whistles. Get the users to weigh in on the product."

From Alias Unknown: "Re: The MedicalPhone. The MedicalPhone website was down for a day or two earlier this week after they received press mentions. Glad to see it’s back up." Here’s the link again.

I’m tired of gloom and doom news. Let’s hear more about positive company developments and maybe something about the charitable causes companies will support during the holidays. On the business front, EnovateIT e-mailed over its list of 2008 accomplishments: gross sales up 35%, headcount doubled, square footage expanded eightfold, and new customers and products. Anyone else? 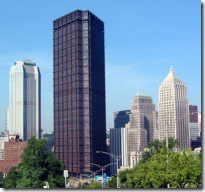 The Wall Street Journal investigates questionable practices in UPMC’s liver transplant program and the shady transplant surgeon it brought in and later fired, but casts the net wider. "UPMC is a nonprofit hospital system whose income is largely exempt from taxes. Yet, it is increasingly run like a for-profit company, paying its executives high salaries, jumping into new activities and expanding abroad … Its chief executive, Jeffrey Romoff, earned $4 million in the fiscal year ended June 30, 2007, and 13 other employees earned in the roughly $1 million to $2 million range. For their transportation, UPMC leases a corporate jet. Earlier this year, UPMC relocated its headquarters into Pittsburgh’s tallest skyscraper, the 62-story U.S. Steel Tower."

Brigham and Women’s is using IVR/speech recognition technology from Vocantas to collect information from patients who have started new drug therapy. The company has developed applications for discharge follow-up, disease management, and running emergency call lists.

Stratus Technologies is offering a free, one-hour Webinar on December 10th at 1:00 Eastern on A Failsafe Cure for Healthcare IT Headaches – Virtualizing for Total Availability.

McKesson will pay $350 million to settle all private claims involving alleged drug price rigging (with the alleged complicity of First DataBank) through manipulation of published average wholesale prices, filed under the Racketeer Influenced and Corrupt Organization Act. They got off light considering earlier estimates of $15 billion.

The Project Valour-IT fundraising challenge will wind down this week, ending on Thanksgiving Day. You can donate here to help cover the cost of a several wounded military member’s rehabilitative technology. The $54,532 raised so far is a long way from the $250,000 needed. Thanks.

I wrote Thursday about nurses in the UK using cell phone software to monitor data entered by chronic patients at home. The celebration was premature, as it turns out: the hospitals using the t+ Medical software have ditched it already, saying it was too cumbersome to put into practice.

I don’t have the courage to look at my 401K or IRA balances, but I figured it was time to check out HIT stock prices over the past six months since I don’t hold those: 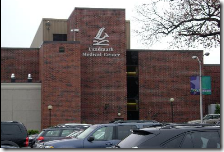 Landmark Medical Center (RI) is operating under a court-ordered supervisor and seeking a buyer. Among other examples of bad healthcare conditions, the article mentions that 10 of New Jersey’s 80 hospitals have shut down in the last two years.

It appears that Oklahoma State University Medical Center is on the brink of closing or selling out to St. John Medical Center, with its Web site turned into a plea for state government help. It might be the only hospital Web site in existence that doesn’t say where the hospital is (Tulsa) or how to contact it.

The Social Security Administration wants to develop a system that can extract medical records information for disability claimants from EMR systems using the Continuity of Care Document format. It’s being piloted now at BIDMC and Cleveland Clinic.

An argument between Muskogee Regional Medical Center (OK) and local surgeons goes to the state’s Supreme Court. The hospital insists that two surgeons must be on ED call for 192 hours per month, based on its bylaws that require around-the-clock coverage. The doctors say the hospital gets federal money for ED coverage and should hire its own.