From Barry S: "Re: Breakway Company comment. I have the same question. The focus group that they hosted seemed to be all about ‘how’ they can get into healthcare and trying to figure out what the next best thing would be, not about what they can do for us or the industry. Granted, the groups are designed to give them feedback. However, I was disappointed that it wasn’t very substantive. I am thinking that it just may be fluff."

From Sophie Sheridan: "Re: DR Systems patent lawsuits. I’ve heard from one industry source that the payoff (and settlement) for admitting you infringed on the DR patent is $500,000. However, a credible – and successful – defense to dismiss the suit would cost about $1.5M in legal fees. I wonder how the presumed income of $500,00 a couple of times a year fits into a business plan?"

From Frankie Saluto: "Re: ICD-9 vs. ICD-10. Looking at the list of ICD-10 codes for insect bites, it seems like a classic example of what may happen when one does not NORMALIZE a data model. The whole list could have been translated into three interrelated entities: anatomy (scalp, abdomen, etc), pathology (insect bite in this case) and visit/encounter  (first encounter, subsequent, etc.)"

Thanks to everybody who responded to my 2009 marketing survey. Some interesting facts from it:

Also a surprise: readership shot up again in October, breaking the all-time record (September) by around 15%. Thank you for being part of that – I personally appreciate the support. It’s always slower in November and December, so if you want to help offset that, click the "Email this to a friend" graphic to your upper right to tell a few friends about HIStalk. Thank you.

Listening: Calexico, recommended by Tom. Kind of like Nick Cave meets a mariachi band on the way to a Pink Martini concert. Easy to listen to, unlike some of my weird picks. Like it lots, great suggestion.

Premise announces its patient flow solutions consulting services, led by Barbara Bryan. I keep predicting that credit problems will force hospitals to increase capacity virtually rather than physically, something that experts can make happen. 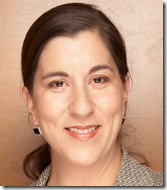 The SVP of Medtronics says the end of the line is near for medical devices. "You can’t keep stuffing gizmos into people to treat end-stage disease. When biotechnology gets right, we’re finished. Because it’s restorative, not palliative as devices are.” He also said easy investor money rather than American ingenuity led to this country’s leadership in such devices, noting that most of them were invented in other countries. 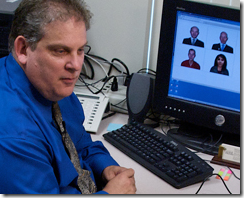 A UCF professor develops computer-generated patients that will be used to help medical students learn to make better decisions.

Odd lawsuit: a former hospital priest is fired after a woman claiming he seduced her files a $25 million lawsuit. She says he had Viagra mailed to her apartment and complained by e-mail about a groin rash he said he got from having sex with other women.

Another odd lawsuit: Washington Adventist Hospital (MD) is sued by the family of a heart patient who coded on the toilet of the locked bathroom of his hospital room and staff couldn’t find a key to get to him before he died.

Shands-Jacksonville Medical Center (FL) fires 20 employees for accessing the medical records of pro football player Richard Collier. I noticed that the TV station’s story, which spelled out what HIPAA stands for, abbreviated it first as HIPPA, then changed it to PIPAA, shattering any illusion that that highly paid talking heads who read the news to you actually know what they’re talking about.

The CEO of Saddleback Memorial Medical Center (CA) gets a writeup in the business paper for its $60 million push for electronic medical records. 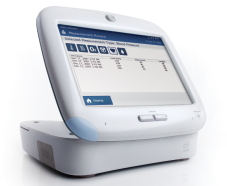 Intel has a November 11 announcement, apparently of its FDA-approved Health Guide PHS6000, which allows patients or caregivers to enter and transmit medical data.

A hospital’s cancer care manager, testifying in an inquiry about the hospital’s lab mistakes and its failure to notify patients, has been on the stand for 129 days.