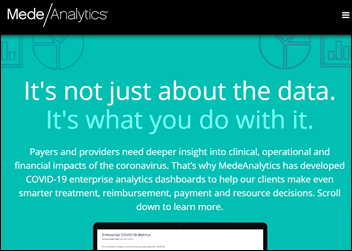 From Chief Complaint: “Re: virtual exhibit halls. Your poll found that companies that paid to participate in a virtual conference’s exhibit hall didn’t find it worth the money or effort. I would be interested to hear from someone who has exhibited and can give their pros and cons, takeaways, what they would do differently, etc.” If you were in charge of a virtual exhibit at HIMSS, HLTH, CHC, etc., how about writing up your experience? I’ll make it anonymous if you’d like. Or if you aren’t motivated to put it in writing, I’ll interview you by phone (again, happily keeping you anonymous if you like). The poll results were interesting as a broad reaction, but it would be fun to get more firsthand insight. I haven’t heard much (any) buzz from Virtual HIMSS, so we’ll see how the even-larger RSNA does in  a few weeks, then attendees can for the first time keep eating Thanksgiving leftovers at home instead of bundling up for Chicago. 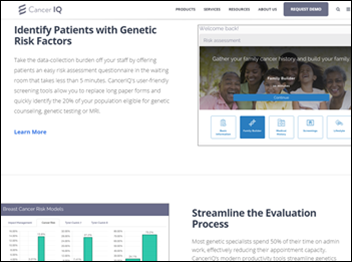 Welcome to new HIStalk Platinum Sponsor CancerIQ. The Chicago-based company’s precision health platform enables providers to identify, evaluate, and manage entire patient populations based on individual genetic risk factors. By analyzing family history, running predictive risk models, and automating NCCN guidelines, CancerIQ empowers providers with the genetic expertise to prevent cancer, catch it early, and/or create personalized care plans. The platform has been rapidly adopted by some of the top health systems in the country and fully integrates with genetics laboratories, EHRs like Epic and Cerner, and specialty software vendors to streamline workflow, guide clinician decision-making, achieve cost savings, and most importantly, improve patient outcomes. CancerIQ is scaling the use of genetic testing to predict, preempt, and prevent disease. The company offers a toolkit for providers who want to quickly and effectively kick-start a telehealth-powered cancer genetic screening program. Thanks to CancerIQ for supporting HIStalk.

Here’s a video from the American Journal of Managed Care in which CancerIQ co-founder and CEO Feyi Olopade Ayodele, MBA describes how the company is making cancer genetic screening practical. 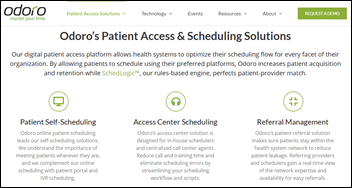 Allscripts shares jumped 30% following news that it will sell CarePort Health to WellSky for $1.35 billion. MDRX shares have increased 2% in the past year versus the Nasdaq’s 46% gain, with the company’s market cap at $1.75 billion, of which CarePort Health and the cash it will generate obviously represent a surprisingly significant portion. 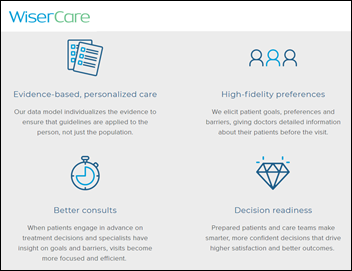 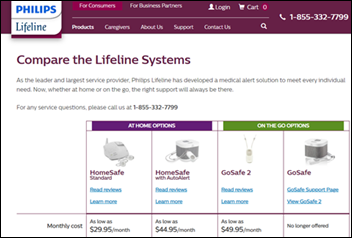 Philips is reportedly seeking a buyer for its Lifeline personal emergency response business. Philips acquired Lifeline for $750 million in January 2006, when Lifeline was generating $150 million in revenue with a 15% operating margin.

Physician search and appointment scheduling platform vendor Zocdoc says that the lawsuit against the company filed by its former CEO for staging a “fraudulent coup” against him is without merit, it has boosted profit by moving from a flat subscription fee to a per-patient charge to providers, and it responded to COVID by launching video visits in April 2020 and a free video service in May. The company admits that it was in big financial trouble in 2015, adding that it couldn’t replace salespeople fast enough because of company culture problems. It hired a new CEO in November 2015 and says it has reinvented the Zocdoc around core values and a rejection of the “growth at all costs” mindset. The company has raised $226 million through a Series D round (almost none of that after 2015), and with this public mea culpa, seems to be looking for more investment action, maybe via one of those blank check SPACs that are suddenly all the rage. 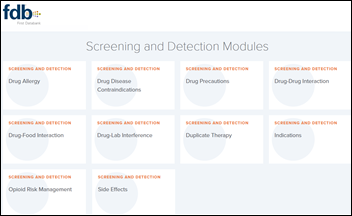 CliniComp will incorporate First Databank’s FDB MedKnowledge database into its EHR, where it will be used in ordering, conflict checking, documenting, and dispensing. It will also implement FDB Interoperability Module for medication reconciliation and interoperability with external systems such as automated dispensing cabinets.

CloudWave expands its Meditech hosting to Puerto Rico and the Caribbean in partnership with IT services and telecommunications provider Neptuno.

The Department of Defense says that private sector connectivity expanded significantly when DoD, the VA, and the Coast Guard connected to CommonWell last week.

CMS expands the list of telehealth services that Medicare will pay for during the pandemic.

CDC warns that small family gatherings are a growing source of coronavirus spread, reminding everyone that that mitigation is essential, especially with Thanksgiving coming up in which weather forces people indoors and cautious older family members will likely be exposed to younger and less-careful friends and relatives.

An investigative report published in Science, the journal of the American Association for the Advancement of Science, finds that White House Coronavirus Task Force Coordinator and former CDC employee Deborah Birx, MD drove the decision to abandon the CDC’s hospital data collection system and turn it over to private contactor TeleTracking. One CDC employee immediately quite because of the toxic atmosphere, others said the change was unnecessary because experienced staffers could reliably estimate totals even with missing data, and one texted to a colleague, “Birx has been on a months-long rampage against our data. Good f—ing luck getting the hospitals to clean up their data and update daily.” CDC employees told Science that she is largely responsible for the CDC’s credibility crisis because of her desire to please the White House and her lack of listening ability, noting that she had obtained data from every US hospital while running a CDC HIV/AIDS project and failed to understand why weekly data collection during a global crisis was any different. Birx says 98% of hospitals are reporting, but Science obtained an internal document indicating that only 24% are sending all of the data requested. TeleTracking’s system is also updated 3-4 days behind, struggles to report hospitals the share ID numbers, and consistently reports “nonsensical” numbers, such as 1,500 incidents in which it showed that a hospital had more occupied beds than its total beds.

WHO’s much-awaited Solidarity clinical trial finds that remdesivir does not improve survival rates of COVID-19 patients. The study of 11,266 hospitalized patients found that repurposed drugs such as remdesivir, hydroxychloroquine, lopinavir, and interferon had little effect on mortality or the need to ventilate patients. Remdesivir manufacturer Gilead Sciences says the conclusions of the report, which was made public before its publication, are not consistent with several other studies that showed remdesivir’s clinical benefit. A study published last week shows that use of the drug, which costs $2,340 per five-day course, was associated with a hospital stay reduction from 15 to 10 days with no mortality benefit. 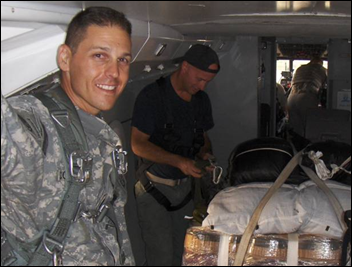 I’m fascinated by the bio of Darren Sommer, DO, MBA, MPH that I ran across. He’s founder and CEO of telemedicine hardware vendor Innovator Health, but his backstory is what caught my eye. He dropped out of college, joined the US Coast Guard at 19, completed EMT training, went back to school to earn an undergraduate degree and then a DO/MPH, then on the day after he finished his residency, joined the US Army’s 82nd Airborne Division, 2nd Brigade Combat Team and spent 15 months serving two tours in Afghanistan, where he also earned a Parachutist Badge and achieved the rank of major. He came home, earned an MBA at Duke and is now an Army Reserve lieutenant colonel along with his CEO job. I like these quotes:

A former British cycling team doctor who has admitted to ordering banned substances claims that a hard drive failure prevents him from providing medical records data to the world governing cycling body. This is the third time he has claimed that a computer problem preventing him from complying with inquiries – he told authorities in 2011 that his laptop had been stolen, then last week said he destroyed his own laptop to prevent “Indian hackers” from accessing its data.