InTouch Health reports annual revenue of $80 million and has raised $49 million in funding.

Teladoc Health says the acquisition makes it the virtual care leader since it can support both consumer and provider use cases, making it the partner of choice for health systems that are seeking a single solution for their entire virtual care strategy.

From Uncle Samuel: “Re: NextGen acquiring the telemedicine company Otto Health that I had never heard of. No SEC filing for any exchange of money or stock – was it an acqui-hire? Was the company bankrupt? Seems like a foreboding situation for over-valued telemedicine companies if they are being acquired for free. Also, who invested in that company and apparently didn’t get anything back?” Otto Health is a telemedicine platform vendor and NextGen partner – its system integrates with the EHRs of providers who can then offer telemedicine visits. Otto Health’s revenue and headcount are negligible, according to everything I’ve read. I haven’t seen a NextGen 8K filing, which is required if an investor might find the information useful in making an investment decision (with the absence of such filing presumably indicating that they would not).

From Controlled Chaos: “Re: my recent interview. Your reach is mind-boggling. I got several LinkedIn messages and I’m still hearing about it at the conference I’m attending.” Thanks. I don’t usually hear what happened post-interview, but a CEO once told me that he received 300 emails, texts, calls, and LinkedIn messages in the first few hours after I ran the interview. Readers don’t generally announce to strangers that they read HIStalk, but I see the stats and the names of industry notables who subscribe to my updates. 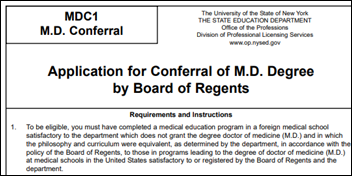 From A Real NY MD: “Re: non-MD medical doctors. Squirmy territory is when the state of New York uses the desire of doctors to avoid explaining comparable degrees to squeeze them out of $300.” New York’s Board of Regents will confer an MD degree to state licensees who have completed a foreign program such as an MBBS that it deems equivalent. That’s interesting since University of the State of New York is not an educational institution. The precedent may have been California, which I believe years ago gave out MD credentials to doctors of osteopathy (DOs). I would definitely do it for $300, then list both credentials just to be clear. 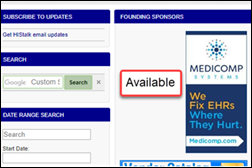 Bad timing by me: I publicly thanked my two long-time Founding Sponsors last week, and within 24 hours, one of them dropped out after 13 years. Contact Lorre to take their permanent #1 spot on the page next to Medicomp.

I was digging deep into the Netflix catalog trying to find something good to watch and ran across “Her” from 2013, in which a man falls in love with an AI-driven operating system. The premise seems goofy, but the movie wasn’t – it’s a funny-sad observation about people whose lives revolve around the tiny screens they stare into while ignoring the actual world and fellow humans around them. Joaquin Phoenix is as quirkily excellent as you would expect in being alone on the screen through most of the movie, but Scarlett Johansson as the expressive, emotional AI voice is truly amazing. Watch closely in the city scenes and you may recognize Shanghai standing in for Los Angeles for some dramatic shots.

Listening: Rush, in memory of drummer and lyricist Neil Peart, who died last week of glioblastoma at 67. The band retired in 2015 last year due to his then-unspecified health issues. He was the best drummer I’ve ever heard in concert and was a good author as well, with his several books describing his motorcycle journeys as he led his offstage life following the deaths of his wife and daughter. Trivia: he wasn’t an original Rush member – John Rutsey (who died in 2008) left the band right after recording its 1974 first album (which included “Working Man”) but couldn’t tour due to health issues.

Three-fourths of hospital IT poll respondents say a vendor or consulting firm has done an end run around the IT department to influence a decision or to get the IT person in trouble. Justa CIO says it must be black death for that vendor because they will push you out otherwise. Furydelabongo says new health system executive sponsors often naively trust their consulting connections over in-house experts. NE CIO says Cerner was the worst but the folks involved have left the company, while VendorEthics says it’s the Cisco way.

New poll to your right or here: How will your employer’s business change in 2020? 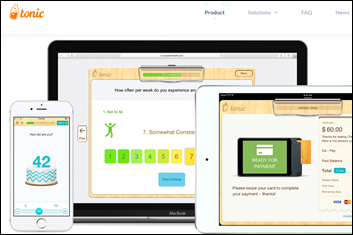 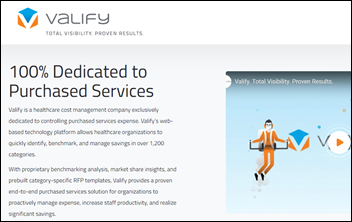 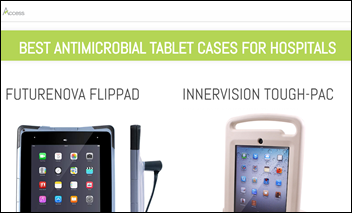 Richard E. Davis, MD of The Center for Facial Restoration (FL) posts an unusually honest and heartfelt message to his patients after a hacker breaches his systems and then contacts individual patient seeking payment in return for not publishing their information. The doctors says that notifying 3,500 individual patients will take time because his system stores their information as a scan of the paper intake form that requires manual extracting of their information, adding, “I am sickened by this unlawful and self-serving intrusion, and I am truly very sorry for your involvement in this senseless and malicious act.” This is the first time I’ve read a breach notice that raises positive emotion.

The Wall Street Journal reports that Cerner passed on Google’s offer of $250 million in incentives to use its cloud storage system because Google wouldn’t fully divulge its plans for using Cerner-stored patient EHR data, leading Cerner to choose Amazon instead. According to a Cerner executive who was involved in the discussions, “We could never pin down Google on what their true business model was.” The article says Intermountain Healthcare signed a deal with Google to share identifiable medical records in a EHR search project similar to that of Ascension, but hasn’t gone forward with the project. 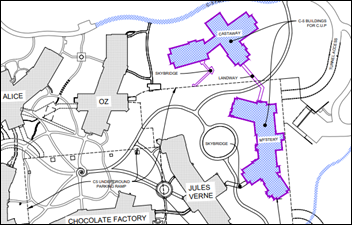 Epic files plans with the City of Verona for its next round of campus expansion, with construction on Mystery (themed as a manor house) to begin this year and Castaway (modeled after a ship) to follow next year. This second phase of storybook-themed Campus 5 will add 180,000 square feet of floor space that will contain 700 offices. Mystery will be connected to Jules Verne (under construction) and Castaway via a skyway.

Samsung’s new smartphone features a dedicated button that launches the new push-to-talk capability of Microsoft Teams, which Microsoft touts as offering a secure, less-expensive, one-device walkie-talkie function for the frontline workers in workplaces such as hospitals. The Teams functionality supports multiple users on a single device, offers off-shift access configurability, and integrates with Kronos and JDA workforce management systems.

Weird News Andy says that we should all just chill, or maybe we already have. Stanford researchers find that the average body temperature in the US has dropped from the often-cited 98.6 degrees Fahrenheit by 1.06 degrees (men) and 0.58 degrees (women) in the past 100+ years, although they note that maybe those early-days mercury thermometers just weren’t all that accurate. 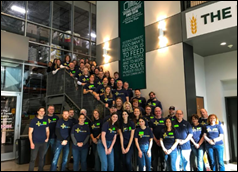