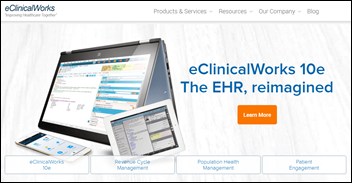 EClinicalWorks will pay $155 million to settle a federal False Claims lawsuit alleging that ECW misrepresented its EHR product and paid customers kickbacks for promoting it, the Department of Justice announced today. 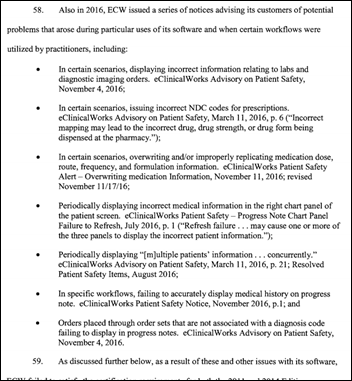 The government claims that ECW fraudulently obtained certification for its EHR by hard coding some of the testing elements as provided to its certifying entity. It also says ECW’s software did not accurately maintain a user audit log, did not reliably record diagnostic imaging orders, failed to perform drug interaction checks, and failed to meet interoperability requirements, thus causing false claims for HITECH incentive payments to be paid by HHS.

The company and three of its founders will pay the $155 million settlement.

ECW also entered into a five-year HHS OIG Corporate Integrity Agreement that requires the company to have its software quality control systems externally audited and reported to HHS OIG. The company also agreed to provide prompt notice to customers of any EHR-related safety issues, to make software updates available at no cost, and to assist customers in migrating to other EHRs without charging them. ECW is also required to hire an Independent Review Organization to certify that the company’s agreements with providers comply with anti-kickback laws.

The whistleblower lawsuit was filed by Brendan Delaney, a software technician with New York City Division of Health Care Access and Improvement, who will receive $30 million of the settlement.

I’ve run several reader-provided rumors about the Department of Justice investigation, going all the way back to late 2015.


Currently there are "31 comments" on this Article: