Billionaire investor Warren Buffett says in the annual Berkshire Hathaway shareholders’ meeting that the American Health Care Act would be “a huge tax cut for guys like me,” adding that, “Medical costs are the tapeworm of American economic competitiveness.”

Buffett also complained that private equity firms load their acquired companies with debt, announced that the company has sold one-third of the IBM shares it holds, and joked in answering a question about how much his successor will be paid (Buffett is 86) that, “If the board hires a compensation consultant, I’m coming back.”

From Chiming In on CHIME: “Re: CHIME. You asked why people are quitting HIMSS. I’d like to see the same anonymous question about why people are quitting CHIME. I’m considering it since it has changed from a CIO networking organization to a vendor-driven one, where companies pay for CIO time.” I created a rather awkwardly worded survey here and will report the results next week.

From 300-Buck Gyp: “Re: radiology report. A friend’s pelvic CT scan had this radiologist comment in the report: ‘CT pelvis. Reproductive organs – the uterus and ovaries are normal. I guess the fee includes copy/paste issues since the patient is a male.” Perhaps “normal” could be loosely construed as meaning that the lady parts are “absent” in male patients, thus streamlining the radiologist’s report template even more. 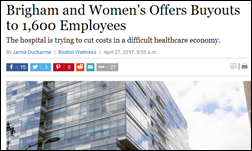 From Privy Pathway: “Re: Brigham and Women’s. Any thoughts on the offering voluntary buyouts as a cost-cutting measure? It used to be that Epic only got the C-suite fired, but Brigham, MD Anderson, and Southcoast are proving a trend. I’ve also heard that a notable health system is cutting annual compensation increases for the rank and file given capital and operating constraints associated with their Epic go-live.” My cheap-seats view would be this. Epic is fanatical about forcing customers to budget the entire project’s expense. My survey of C-level execs of health systems that use Epic (which got pretty big participation) found that 75 percent of projects came in at or under budget, with just 15 percent saying they spent a lot more than they expected. Therefore, I’ll postulate that it’s probably simplistic to assume that Epic is guilty just because it was present at the crime scene:

Nearly 80 percent of poll respondents haven’t bypassed insurance to pay cash for a better ongoing PCP. Stephen pays an $149 annual fee to belong to One Medical even though the actual visits are still covered by insurance. Nonsequitur took the concierge route for his father since few decent doctors in his area accept Medicare, adding that the new practice provides nearly 24/7 secure communications via Twistle. Amy says she hasn’t done it for a PCP, but does so for other services because some providers offer a cash price that’s cheaper than paying her high-dollar insurance deductible. Rose goes out of network to keep a particular PCP even as insurance contracts change frequently, although she’s cautious to get orders for expensive lab and rad tests ordered by an in-network provider since some plans won’t pay for them otherwise.

New poll to your right or here: what was your reaction to the House’s passage of the American Health Care Act last week? Feel free to elaborate further by clicking the poll’s “Comments” link after voting. 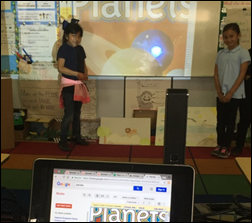 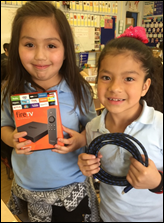 HIStalk readers provided an Amazon Fire TV and accessories for Ms. D’s California elementary school class in funding her DonorsChoose grant request. She reports, “Technology is always changing, so my teaching strategies need to accommodate the needs of my students. Most of them are visual learners, so I play YouTube clips and videos all the time when I am teaching science. In addition, the Amazon Fire TV has allowed my students to visually see the concept as they are watching science videos on TV. Now, my students are extremely excited about science! On behalf of my students, thank you for supporting them as they continue to reach for their goals!”

I asked readers to describe the best career advice they have received:

This week’s question: what specific event crystallized your decision to leave your last job? (or another previous job if you’ve got a good story from there). 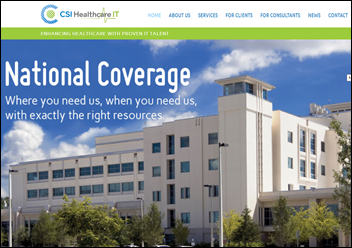 Welcome to new HIStalk Platinum Sponsor CSI Healthcare IT. The Jacksonville, FL-based company, which has offered services nationally for 20 years, provides training and implementation solutions for EHR and coding as well as IT staff augmentation, legacy system support, and infrastructure staffing. Case studies: Houston Methodist (CPOE activation), Norton Healthcare (a 300-contractor Epic go-live), Sutter Health (Epic training), and Grady (big-bang Epic go-lives). The company’s consultants voted it to Inavero’s Best of Staffing Talent List, which recognizes fewer than 1 percent of staffing agencies in North America. The company provides customized consulting and staffing solutions that provide unmatched results at a fraction of the cost. Thanks to CSI Healthcare IT for supporting HIStalk.

From the Allscripts earnings call, following the quarterly report in which the company beat expectations on earnings and met on revenue:

These provider-reported updates are provided by Definitive Healthcare, which offers a free trial of its powerful intelligence on hospitals, physicians, and healthcare providers. 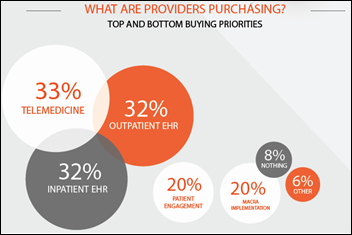 Reaction Data publishes its “Big Mega HIT Purchasing Report,” which finds that the top spending item of health systems and standalone hospitals in the next 12 months will be inpatient and ambulatory EHRs (Epic was #1 in mindshare for both, followed Cerner and Meditech that were nearly equal in score). Hospital-owned physician groups will focus on information security, while independent practices place telehealth as #1 with equal interest in four vendors.

VA Secretary David Shulkin reiterates that he will announce the VA’s plans for VistA in July, choosing to either replace it with a commercial system or turn VistA over to a private company to convert it into a single, cloud-based, externally managed instance. When asked about the historic lack of technology cooperation between the VA and the Department of Defense, Shulkin promised better, saying, “We’ve always found ways not to do that.”

Hacker The Dark Overlord posts records of 180,000 patients online from medical practice hacks last year, most likely because those facilities declined to pay the extortion demanded.

A Utah-based orthopedic surgeon is ordered to turn over 10 website domains to Intermountain Health Care, which complained that the doctor had no legitimate reason to have purchased domains related to Intermountain’s Cedar City Hospital and was instead was trying to use them to convince an insurance company to add him as an in-network provider.

Here’s the finale of Vince and Elise’s series on physician practice vendors, this time looking at the “other” ones.