The Department of Defense announces that the first go-live of its MHS Genesis implementation of Cerner is scheduled for February 2017 at Fairchild Air Force Base (WA), moved back from the originally planned December 2016 date that involved two test sites. Three other Washington military hospitals will follow no earlier than June 2017.

The DoD says it pushed the schedule back to give it more time to develop interfaces to legacy systems and for system testing, as well as to allow implementing speech recognition and transfusion management. The project’s budget and planned completion date of 2022 have not changed. 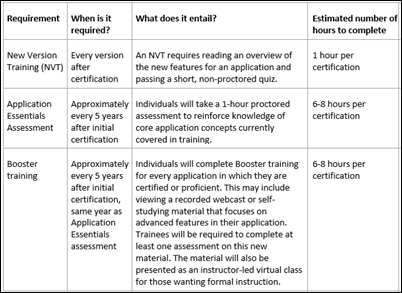 From Redacted: “Re: Epic certification. Users are now required to complete proctored exams every five years for each application they’re certified in. As a consultant, it’s not the worst thing in the world for them to remove other certified people from the pond, but I have 10 certs and their time estimate is 6-8 hours for each (doubled between the assessment and booster training). Seems like a huge pain.” Unverified, although the forwarded document above appears genuine.

From Boy Blunder: “Re: Epic‘s 2016 release. My TS contact says there was a two-month period in early 2016 where the entire development division pivoted to fixing issues with the 2015 release, delaying 2016 projects. She tells me we should not upgrade to 2016 for a while because the key features won’t be added until months after the initial release, delaying the discovery and fixing of the kinks we usually find.” Unverified.

From Booster: “Re: Epic’s Boost program. It’s an attempt by Epic to provide consulting services to customers deploying new functionality or optimizing their systems. The concept has been around for years, but was only recently formalized. Boosters tend to be less available and are rarely around for more than a short engagement, with most of them on their way out of the company and working somewhere other than Madison (less than one year). It’s good in theory, but cannot get off the ground because Epic employees have such short half-lives and aren’t compensated competitively to retain them.” Unverified. 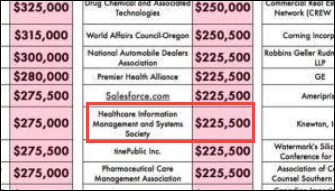 From Little David: “Re: Hillary Clinton’s HIMSS14 speech. Did we get $225K of value?” It appears that the Secretary’s rack rate was $225K per speech, so HIMSS paid the same as everybody else. On the question of value, I’ll side with readers who observe that while we claim we want to hear selfless keynotes from patients, the size of the HIMSS crowd is always directly proportional to the fame of the presenter and Hillary (and Bill the year before) packed the house. I didn’t attend her presentation since I was tired of being at the conference before her Wednesday keynote slot, but I summarized it back then as:

I didn’t hear much about Hillary’s Wednesday keynote other than (a) it was extremely short; (b) like any skilled politician, she didn’t really say anything other than predictably lauding the work of the crowd that brought her there and kissing up to HIMSS. I would have been mad about waiting an hour or two to squeeze into the huge room for her talk given its lack of substance. Hillary’s rumored minimum speaking fee is $200K plus expenses, so she took home a big paycheck in addition to potentially impressing would-be Presidential voters who were apparently happy just to bask in her celebrity.

Welcome to new HIStalk Platinum Sponsor Healthlink Advisors. The St. Petersburg, FL-based consulting firm was founded by industry long-timer and former SVP/CIO Lindsey Jarrell, who hand-picks the people he (and the company’s client base) wants to work with based on their experience, passion, integrity, accountability, and commitment to social responsibility. Areas of practice include IT operations performance acceleration (leadership coaching, interim management, contract negotiation, application and technology rationalization, roadmaps); engagement (IT governance, system selection, program management, product and sales strategy development); and transformation (future state definition, consumer and digital engagement). I’m fascinated that one of the company’s core values that employees make healthy choices, which it supports by offering healthy foods at meetings, holding meetings while walking, requiring mandatory vacation time away from work, and insisting that no emails being sent after 10 p.m. or while the employee is on vacation. I also liked this insightful nugget in its “have fun” core value – “people leave managers, they don’t leave companies.” Thanks to Healthlink Advisors for supporting HIStalk. 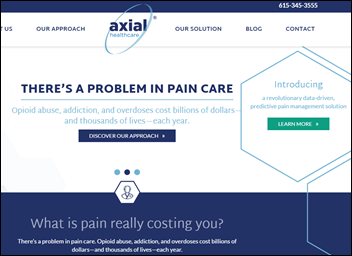 Axial Healthcare, which mines a database of 100 million patient cases to give insurers insight into risky pain care practices, raises $16.5 million in a Series B funding round, increasing its total to $26 million.

Nordic completes a minority recapitalization and announces plans to offer equity participation to all employees starting in 2017. 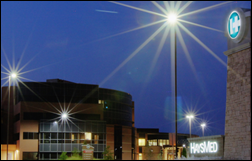 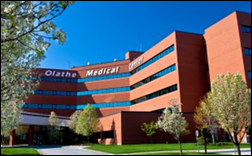 Ascension SVP Mike Schatzlein, MD will resign effective December 31, 2016 to focus on his role as chair for the Nashville-based Center for Medical Interoperability. The non-profit was formed in 2015 with a $10 million grant from the Gary and Mary West Foundation, with membership focused on hospitals. 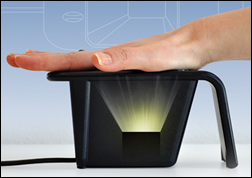 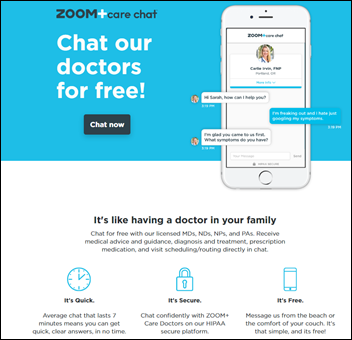 Portland, OR-based clinic model insurer Zoom+ launches a free medical chat service for its members that provides advice, diagnosis, treatment, prescriptions, and visit scheduling, with the chat transcript being added automatically to the EHR. I’m not sure if the apparently missing “with” in the “chat our doctors for free” page above is a mistake or intentional hipster wit. 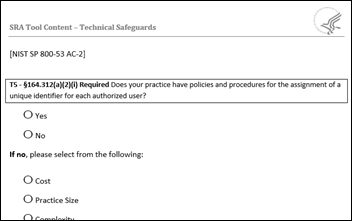 CMS will review MACRA-required documentation and hold regional meetings with practices in trying to reduce the clinician administrative burdens involved. 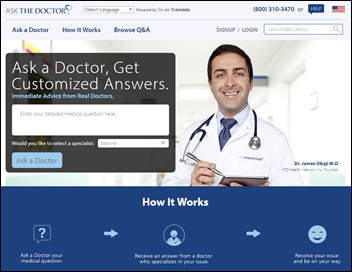 Canada-based online medical advice startup Ask The Doctor becomes the first healthcare company to accept Bitcoin, providing users with extra privacy over charging services on their credit card. I can’t find any mention of how much the company charges to answer questions. 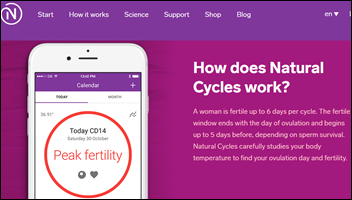 Women who avoid having sex on the days a physicist’s temperature tracking app says they are fertile avoid pregnancy 99.5 percent of the time, offering the same reliability rate as oral contraceptives and condoms and much better than the 75 percent success rate of the rhythm method alone. The company is in Sweden, which is probably a good thing since its claims might otherwise interest the FDA and the lawyers of unexpectedly pregnant women. 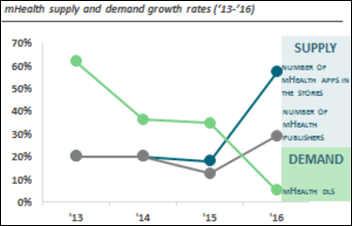 A study of mobile health apps finds a crowded market in which downloads are limited and  declining, users aren’t willing to pay, newcomers have saturated the market, and 78 percent of publishers make less than $100,000 per year from their entire healthcare app business. Most app-related revenue comes from sales of sensors or other required hardware. Features seen as easiest to implement that have the highest user impact are personalized messages, dashboards, and the delivery of educational content. Publishers see their best hope of success as addressing users with chronic illnesses, but insurance companies haven’t shown much interest in getting them involved. Still, it’s a growing market even if it’s more competitive and selective. 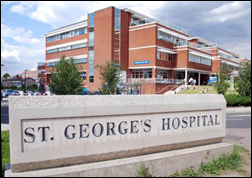 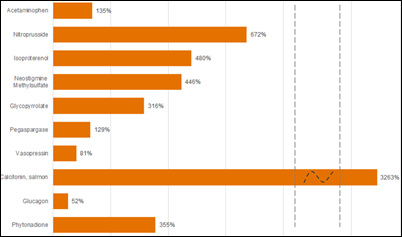 An American Hospital Association report finds that hospitals spent nearly 40 percent more on drugs for each inpatient inpatient in 2015 than they did in 2013 due to higher drug prices rather than increased volume, saying that the price jumps “appear to be random, inconsistent, and unpredictable.” Prices increased from 52 percent to 3,263 percent for the 10 drugs on which hospitals spent the most money, with even the journeyman drug acetaminophen recording a 135 percent price increase from 2013 to 2015. It’s interesting to me that a couple of decades ago, the field of pharmacoeconomics was created to make sure drugs delivered outcomes commensurate with their cost, which turned on a light bulb over the heads of drug companies that realized they could price based on those same outcomes rather than simply defend a markup based on their research and manufacturing costs. These top 10 drugs are all old, work inarguably well for mostly specific uses, and have little competition. The pharmacoeconomics model then supports high prices and thus high drug company profits.

The local paper covers the November 1 Epic go-live at Vernon Memorial Healthcare (WI), which is working with Gundersen Health System (just writing that even with a different spelling makes me think of the police chief in “Fargo” or The Swede in “Hell on Wheels,” yah). 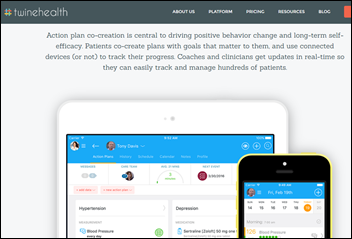 I ran across an article that mentioned Twine Health, which I’ve written about a couple of times. The company’s team-based coaching and primary care app offers shared action planning among patients, coaches, and clinicians; secure messaging; real-time population monitoring; and analytics. Practices can use its system for $1 per patient per month for up to 1,000 patients. The company has raised $6.75 million in a single December 2015 funding round. The founders are serial entrepreneur and former MIT professor Frank Moss, PhD  and John Moore, MD, PhD. 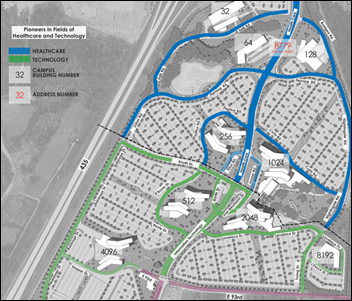 Cerner can honestly say that the company sits at the intersection of “Health Care” and “Information Technology” as it names the streets of its new campus. Other avenues are named after medical scientists and computing pioneers.

Eighty volunteers from HCA’s IT division participated in a 36-hour “Hack the Community” hackathon in Nashville this week, supporting local non-profits with limited technology resources.